The Australian banana industry is at a critical time in refocussing on the opportunities that are going to grow the demand of the fruit into the future, according to the Hort Innovation Marketing Manager for Australian Bananas.

Hort Innovation's Tate Connolly explained to the Australian Banana Industry Congress in Cairns that there were plenty of positives and future opportunities for the banana industry.

"The banana marketing program is about creating the right reasons and reminders to purchase bananas. Two-thirds of Australians believe that the last two years have provided a chance to reset, which when we talk about habits and cues provide a great opportunity," she said.

"Hort Innovation is in the process of creating the new five-year strategy, or Strategic Investment Plan for the banana industry. From a marketing strategy perspective, we are at the stage where we are looking at consumer research to develop our three-year marketing strategy and capitalise on these opportunities." 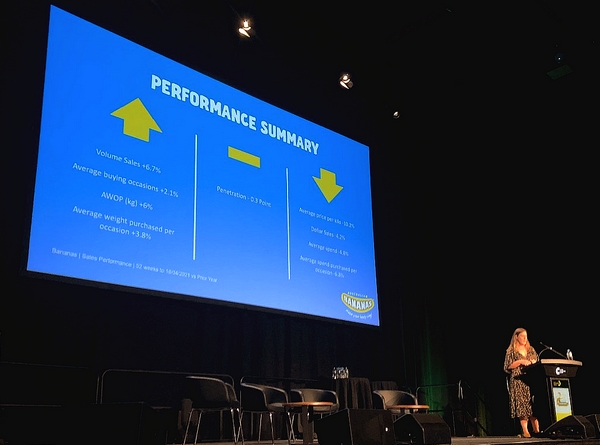 Ms Connolly explains that at the start of the latest marketing campaign there was an 89 per cent likelihood of consumers purchasing bananas, which has now increased up to 93 per cent. She says consumers claim to be eating more bananas on a weekly average, and 28 per cent claim to be eating one per day, which shows there is an appetite for bananas in Australia.

"(Banana) volume grew at 6.7 per cent which is the highest in five years," Ms Connolly said. "Comparatively, total fruit (across all categories) has been in volume decline for five years consecutively, so we have increased our share of total fruit. The flow-through of that is an increase in total buying occasions, average weight of purchase and weight purchase per occasion."

The banana marketing program uses many different channels to reach consumers. Television advertising has predominantly been a strong outlet in getting the story across, with 3.5 million grocery buyers reached through the latest campaign. But Ms Connolly says it is but there is a need to pursue new and emerging media channels to ensure relevance, reach and impact.

But the way of the future according to Ms Connolly is social media and digital channels, such as time-shift/smart television and YouTube, which allow for the message to reach bigger audiences in a more targeted way, often with less costs involved. Last year, digital advertising was able to reach over 10 million people.

"As we move through the generations, people's interaction with media is changing," Ms Connolly said. "Kids today are going to grow up watching YouTube and not so much television. So, we have to also change the way that we are targeting people. We also have specific message targeting in our digital creative; we can talk about health messages that we know resonate with family audiences a little more etc. We can also see that when people watch these videos, we get really high completion rates. So, essentially, they watch to the end and don't click away. I think we can all admit we have spent a lot more time on our mobile phones lately as we look to reconnect and reach out to people."

Other forms of marketing tools include public relations, point of sale and out of home advertising, events such as National Banana Day and social media.

"Australian Bananas content is across three digital platforms; Facebook, Instagram and this year we launched TikTok which is all the rage," she explained. "It is about creating a community and amazing engagement for people who are banana lovers." 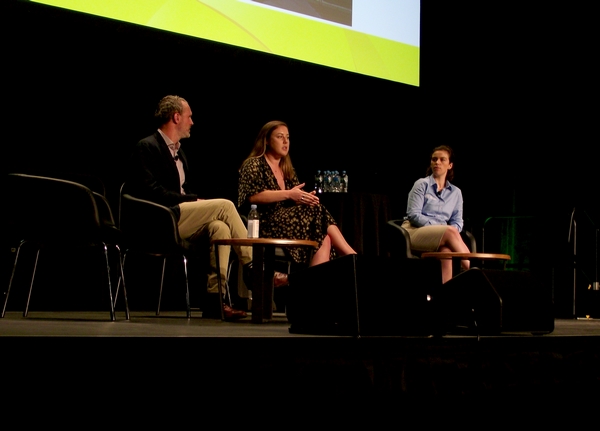 While the global pandemic is far from over, Australia is somewhat back to normal
Referencing the data from March 2021, Tim Hunt, General Manager of the RaboResearch Food & Agribusiness division across Australia and New Zealand explained to the Congress that in terms of retail and foodservice, Australia is back to normal.

"The crisis hit in March (2020) and suddenly in food retail sales went up 25 per cent because we all went out and hoarded the product," he said. "It came down again in April because we realised that we over-bought at elevated levels. So, for much of last year food retail, which normally grows at a couple of per cent per annum, was growing at 10 per cent. The opposite of that was foodservice and when we couldn't go out, sales in foodservice fell about 50 per cent and that has been a slow grind to get back to normal. But as of March, both of those are above pre-crisis levels, and where we would have expected them to be two years ago."

But while he notes that Australia, and the United States, are close to normal in terms of food sales, Mr Hunt warns that the pandemic is far from over globally, to the point that it may take years for our emerging markets to fully recover. 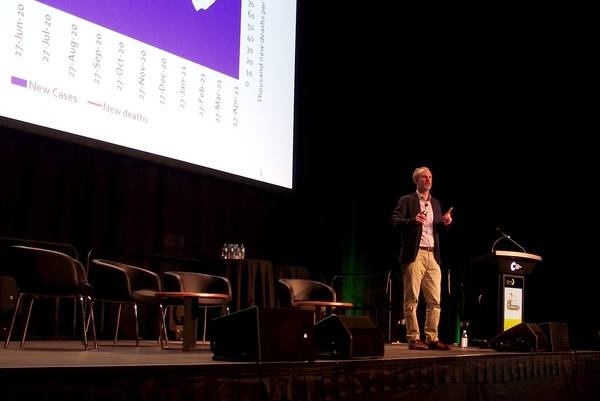 However, Australia's markets are better placed than others around the world. Fruit and vegetables retail sales were up 16 per cent in value in August 2020, which Mr Hunt says was not as much as other grocery items. But he did note some other trends that took place throughout last year.

"Below the consumer line we saw a number of impacts and the biggest challenge for the global food industry have been labour," Mr Hunt said. "That is the primary problem for global horticulture and the food industry as a whole. It has manifested itself in two ways; the first keeping workers healthy during this period. But second, in countries like Australia and New Zealand, there have been problems with the availability of seasonal workers. There were also problems in the way that people manage inventory, and there was a movement from the 'just in time' concept of keeping the supply chain lean and moving low cost, to 'just in case' to prevent problems in the supply chain. There was a lot of stock in the supply chain and stockpiling. In terms of food companies, the performance reflected two things; were they in the right category and how much could the pivot in turning something that used to go into foodservice into retail."

While he predicts some of the trends may only be temporary and will bounce back once the pandemic is under control, other trends may stick around permanently and become the way of the future.

He noted a rise in online sales, which he believes will not subside totally, and there were many skills learnt during the past twelve months that people will not forget. For example, flour sales were up as people baked their own food. Mr Hunt says people will not "un-learn" these skills and will continue preparing their own food at home. There was also a realisation not to take health and wellness for granted, and sales in citrus fruit products and vitamins were among the products that increased sales.

While the pandemic raised the issue of localisation, which the Australian community largely supported. Mr Hunt says could be a fantastic opportunity for the agriculture industry, but it is not without some downsides.

"Part of the answer is also localisation, because not only do people want to be spending time in local communities but maybe sourcing food from other countries is not as secure," Mr Hunt explained. "This is a double-edged sword for the Australian food industry because we export 70 per cent of our product, localisation is not in our favour. As an industry, we need to be speaking to off-shore customers about food security. So, globally, we need to emphasise food security over localisation, but in our own market there is no problem in playing the other side of the coin and emphasising the value of locally produced food to our economies."

Some trends have decelerated in the past 12 months, according to Mr Hunt, such as Free Trade Agreements, a step back for global supply chains and small brands which have been pushed to the side by the resurgence in the "trusted" bigger brands. While issues such as sustainability and plant-based food continued to be important in the eyes of the consumers, regardless of the pandemic.