South African blueberries: “We've seen firsthand we do much better when we do it ourselves”

Last year the South African blueberry industry experienced seismic tremors which have started to prise open the grip that blueberry grower-exporters have had over the nascent industry.

Today Tiaan Rossouw of Rainbow Superfood, who was at the epicentre, states emphatically: “We've seen firsthand we do much better when we do it ourselves. The only way that blueberry growers are going to survive is to obtain nursery plants themselves and deciding on the marketing themselves. There's value in managing the whole chain yourself.”

Quite a lot of value, in fact. “It's not a rumour – in taking over the marketing for one of our growers, we managed to double the returns he was getting previously.”

He cites a lack of transparency regarding prices as a major impediment to growers, some of whom struggle to get by on current earnings which are, he claims, incommensurate with market prices.

“We just want to know what really happens to our berries. It's not too much to ask.”

He spreads the marketing of his crop across nine exporters plus a portion which he handles himself. Rainbow Superfoods is one of the largest suppliers from South Africa to markets outside Europe over three continents and in fifteen countries.

The pivot of their operations is their new packhouse in Paarl, which is, according to him, South Africa's first fully independent and bespoke blueberry packhouse, with a Unitec sorting line (“the Rolls Royce of blueberry sorting”, he says) and a capacity of 1,500 tonnes per month. 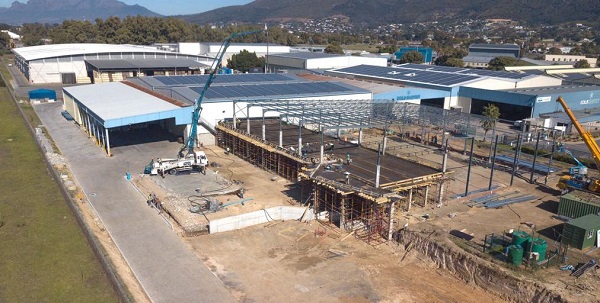 “We aim to do it better than anyone else”
Their blueberries are flowering for what could be a season early by around three weeks. By the middle of July they'll be packing their fruit grown in Rawsonville and that of other growers on the West Coast and in the Boland; independence is their aim, but they're non-partisan and, capacity allowing, will pack blueberries for anyone.

“On volumes we can't compete but we make sure we're unbeatable on quality, and it has started bearing fruit, with buyers asking specifically for our fruit. A berry is a very finicky product, but it all depends on getting the basics right and our aim is to do it better than anyone else.” 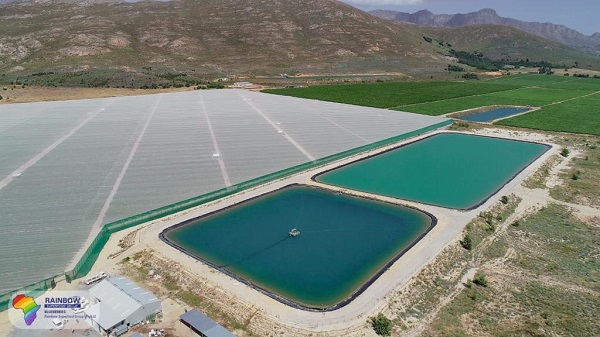 Growing for shelf life and firmness, along with the cold chain, are the decisive factors in blueberry success; genetics are of course important but it's not the alpha and omega of blueberry farming, he says, noting that a lot of their plantings are the trusted Legacy variety, making up a third of the world's blueberry plantings.

He continues: “Blueberries used to be gold, and everyone made money, but now it's more competitive and the margins have narrowed. Instead of using organisations that take excessive and unreasonable fees, we have to pursue reputable export agents who deliver great prices in combination with much lower commission fees. It just makes sense.”