The harvesting of Patagonia nectarines has started in Apulia

The harvesting of the first Patagonia nectarines in the San Ferdinando di Puglia and Trinitapoli (Apulia) started a week ago. Grades seem to be smaller than expected, but prices are currently higher than last year.

"After the frost, very few Patagonia nectarine trees have survived. Even the plants that have managed to bear a few fruits have been affected by cracking. Luckily we are harvesting healthy high-quality fruits, but grades do not meet expectations - they are not small, but they are not what we expected either. We really hope this is only the first phase and that the nectarines we will harvest in 10-15 days' time will have better grades." 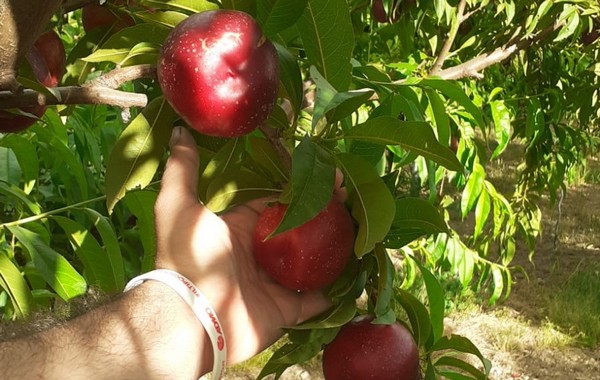 Unlike other operators, who report unsuitable remuneration, the producer says that his produce, unprocessed and in bins, is making approximately €0,30 more than last year. "As this is the second year of production of a new orchard, yields should be 30-40% more than last year."

Talking about climate change and the resulting difficulties, Bollino stresses that "we are going through a phase of 'solar minimum', i.e. a period within the solar cycle characterized by a lower Sun activity, leading to temperature changes. This can determine the late frost registered over the past few years as well as lower temperatures in general. Over the past few days, in fact, the minimum temperature dropped to 7°C, which is unusual this time of year. In addition, it is not raining." 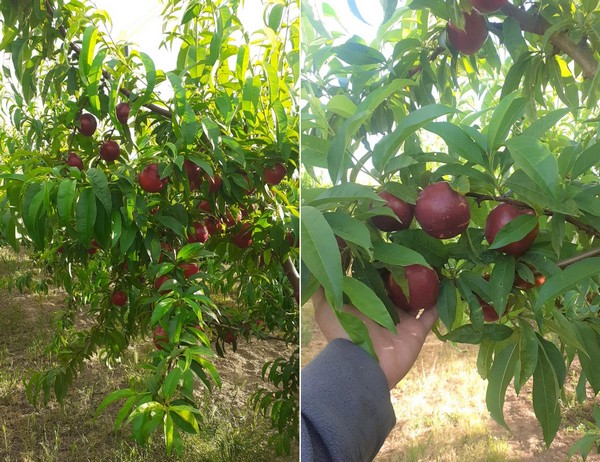 The stone fruit campaign will continue over the next few years with other nectarine, percoca peach and apricot varieties. "Next year we will introduce Saturn peaches and the first orchards will start producing after 2.5-3 years."