The fourth biennial Association Food Futures Conference in Darwin has been labelled a success, with nearly five hundred delegates from the government and private sector converging on Darwin.

Hosted by NT Farmers, the conference covers the three northern states; Northern Territory, Western Australia and Queensland and explores agricultural opportunities in the north, including horticulture.

"Northern Australia is one of the most exciting places globally for building a thriving agribusiness sector," NT Minister for Agribusiness and Aquaculture, Nicole Manison said. "The theme for this year's conference was to explore how we can ensure the balance of agri-development and the environment in Northern Australia - an important element to think about. We want more people to look to the Northern Territory as a place to invest and we see agribusiness as an important driver of economic diversity, and growth here. It is already worth $1.2billion dollars in gross value production, but we want to grow this." 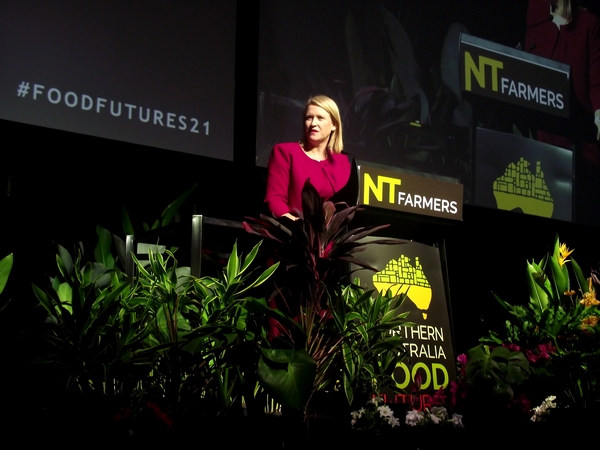 FreshPlaza attended the four-day event and the Photo Report can be viewed by clicking here.

The major horticulture commodities in the Northern Territory include mangos, melons and tropical fruits and vegetables. Ms Manison says her government is cutting red tape to help drive investment in the north.

NT Farmers Association President Simon Smith says it is important to bring everyone together from State/Territory and federal governments to the private sector as well as environmental, water and indigenous organisations.

"Our goal was to influence the thinking of delegates," he said. "The people here will help drive agriculture development in both the public and private sectors. NT Farmers started in 2014 to build the case for northern agriculture, and successful farmers whose stories were not told. We have demonstrated that success is possible in the north and farmers provide the direction for business models. We also wanted to help involve the south and help them better understand the north. We cannot develop the north as we developed the south. The world has changed and the world of development applications are here to stay. We must engage with the environmental movement, and listen to each other, and traditional owners."

The event also featured a tropical fruit symposium and a National Farmers Federation Towards 2030 workshop.