Anti-government protests in Colombia, which started back in 2019, were resumed last 28th of April. This year, the massive demonstrations were triggered by a tax and health reforms proposed by the government of President Iván Duque which would in practice increase taxes and costs of living as poverty rates and food insecurity are on the rise. In fact, according to the Colombian Statistics Bureau 1,7 million Colombian households don´t have access to three meals a day as a consequence of the Covid-19 pandemic. This article presents the impact of the demonstrations and roads’ blockades on the agricultural sector and food supply in Colombia.

Demonstrators have blocked key roads resulting in shortages of goods (fuel, feed and food among others) in areas like Valle del Cauca and Meta, two of Colombia’s agricultural powerhouses. In consequence, Colombia’s protests may result in losses higher than USD 457 million for the agricultural sector and 700.000 tons of agri-food products could not reach their destination markets. 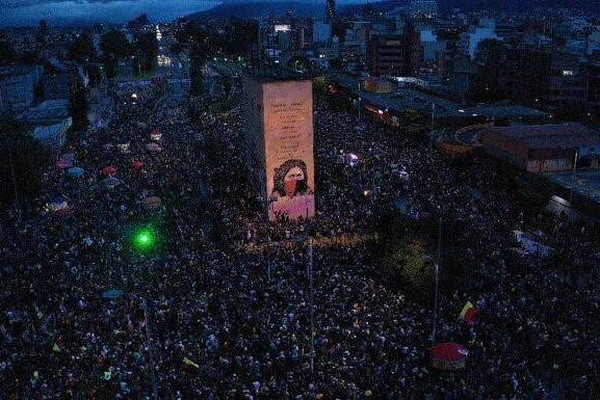 Impact on the agricultural sector
The Colombian Society of Agricultural Producers (SAC for its abbreviation in Spanish) has consolidated the following information on the impact of the demonstrations and blockades per sector:

Hass avocado
Hass avocado is a growing sector exploiting opportunities in foreign markets. As a result of the blockades and demonstrations 65 containers with around 1.495 tons of this product could not reach the ports. Therefore, losses are projected to reach up to USD 3,9 million.

Banana
Banana is one of the main exported fruits from Colombian to markets like the European Union. This sector reports that 15.000 tons of the fruit could not be exported and losses ascend to approximately USD 5,4 million.

This situation urges the Colombian government to reach agreements with the different sectors and find alternative solutions to, on the one hand, find funds to diminish the fiscal deficit of the Colombian State and, on the other, meet the needs and demands of the Colombian people.