The management of greenhouse climate is rather complex when it comes to intensive cultivation, as it is what determines a good outcome. There are essentially three variables - temperature, humidity and brightness - to consider. These factors are also managed thanks to covers, which act as filters and modify the climate in the greenhouse. In warmer climates with high solar radiation levels, high-diffusion films are usually employed to obtain an effective temperature control despite the consistent loss in light quantity. 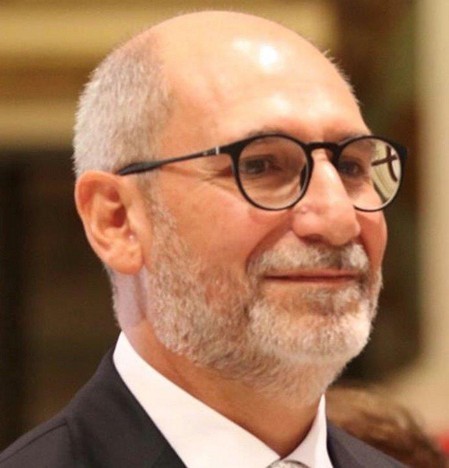 But is it possible to obtain optimal temperature control without reducing overall brightness? FreshPlaza talked about it with Emanuele Garrasi (in the photo), CEO of Agriplast, a leading company in the production of plastic films for agriculture.

"It is common practice in the world of cover films to reduce the quantity of light in order to prevent an excess of heat inside greenhouses. This result is obtained by increasing the diffusion capacity of the film. In order to do so, we use mineral fillers, i.e. microscopic stones that deviate solar rays partly spreading them inside the greenhouse and partly rejecting them. This last part entails a loss of light. 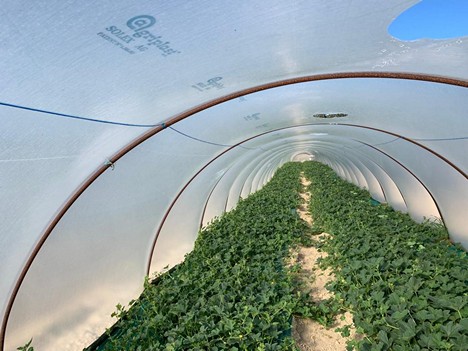 Solex on a cucurbit polytunnel

"Of course the lack of light has a negative of effect on the crop. What is gained in agronomic terms thanks to an excellent temperature is lost due to the lack of light, which compromises crop performance." 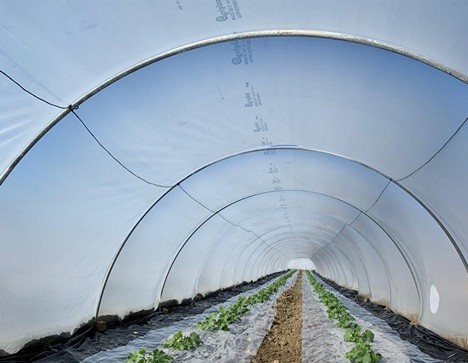 Another example of Solex covering a cucurbit polytunnel

Agriplast has the objective of overcoming this project - this is why Solex was developed, i.e. a special patented film where mineral fillers are replaced by hollow glass microspheres. 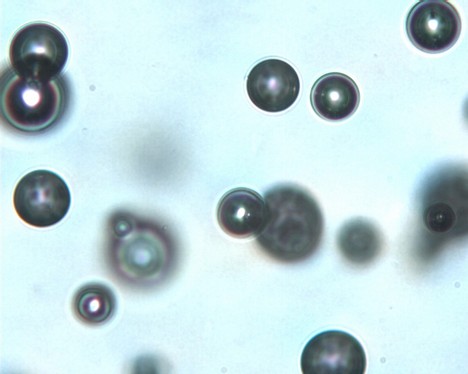 Hollow glass microspheres under a microscope

"With Solex, we have developed a system that solves the problem of light loss. This particulate is also used in insulating paints, it enables an excellent temperature control and light spreading while avoiding excess heat. In this case, rather than being spread and partly rejected, sunlight passes through the microspheres which spread it inside the greenhouse." 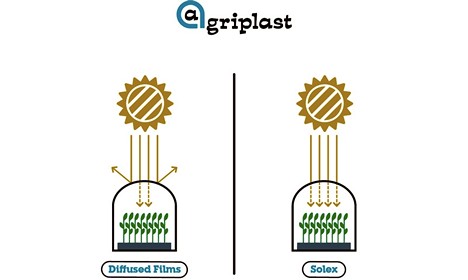 "Solex has proven to be an excellent solution for all types of crops, but we have registered the best results with cucurbits. A comparison with other films revealed a considerable difference in fruit uniformity and size and the foliage appeared healthier."