When considering the current citrus season, a number of uncertainties appear: why is the Middle Eastern lemon market so quiet? How is South East Asia, and China specifically, going to react to the increased volume of Star Ruby grapefruit sent there? And on the topic of China: will hostility between that country and Australia translate into greater opportunity for South African oranges and soft citrus? 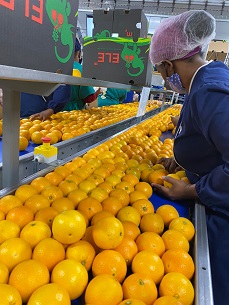 “There are a lot of external factors playing a huge role, of which the biggest is still Covid,” says Gary Britz, managing director of ELE Trading.

“Covid restricts where you can send product. The restaurant trade is still not operating in many countries of the world. If you look at lemons it will obviously be affected, but the other huge problem is the lack of available containers. That has been a huge factor, as well as the cost of containers which has increased substantially with surcharges on containers, like an extra US$500 on a container to Europe and US$1,200 to Canada.”

South African exporters are experiencing a double whammy, he says: firstly the increase in Dollar-based freight rates, and now the strength of the Rand which trades at just above R14 to one USDollar – a R4 difference to last year this time when it was R18 to the Dollar. (Shipping disruptions have also caused a surge in paper pulp prices, pushing up packaging costs.)

Gary remarks that these substantial freight rate increases for both containers and conventional shipping (some in the industry call it “absurdly high” this season) generally gets passed on to the grower.

The citrus season started a bit earlier in the north of South Africa while it's been slightly delayed in the Western Cape. In general, Gary says, demand is there for all citrus, bar lemons. 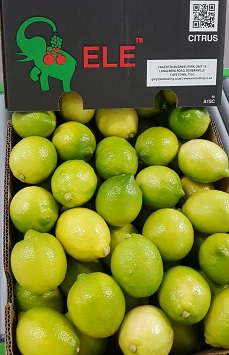 Lemon exports are about million cartons down compared to the same period last year.

“The lemon market currently is really very tough. It's not as great as it used to be in the Middle East,” he says, pointing out the Middle East has received half a million fewer cartons of lemons than last year but despite Eid celebrations recently, sales have puzzlingly just not been there.

Lemon volumes to all other markets are pretty much the same as usual (except for Europe which has received less), with a slight increase to Russia and South East Asia compared to previous year. He remarks that in the north of the country and in the Eastern Cape some have stopped harvesting lemons for a while to focus on soft citrus.

The lemon harvest is due to start in the Western Cape in a week or so. Recent cool temperatures are helping colour development along, and he says that despite Spanish lemons still on the market, they are starting to receive some enquiries out of Europe.

“Soft citrus is a big concern,” he notes. “The volumes are going to explode (although there's been a slight reduction in the original soft citrus estimate) and it's going to be very tough. The country has sent out the exact same volumes this year as last year, with biggest volumes to UK retail programmes.” 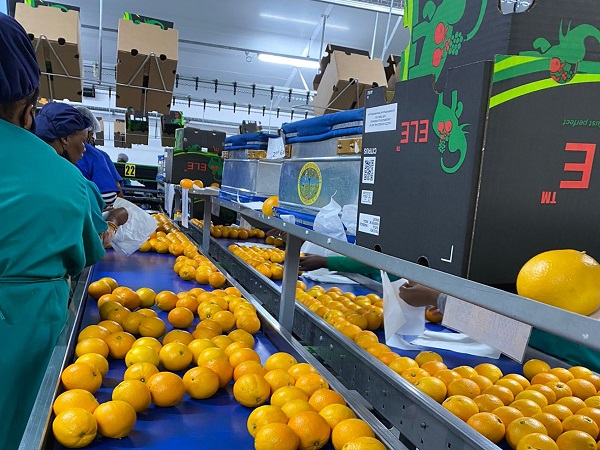 Almost doubling in grapefruit to South East Asia
Grapefruit shipments are 5 million 15kg cartons compared to 3.4 million cartons by week 20 last year, an increase that makes him dread a 2018 scenario.

Grapefruit harvesting has been slowed down, but not after there's been an almost 100% increase in Star Ruby shipments to South East Asia, 500,000 cartons more than last year by this period.

“That worries me big time. They've already received just short of a million cartons of Star Rubies versus 400,000 last year, by week 20. There's going to be some interesting things happening there.”

“Keep in mind,” he continues, “that Florida's grapefruit season wasn't so great and we did enter an emptier market than normal but if I look at these volumes I'm reminded of 2018.”

On navels it's very early days and the volumes are much the same as last year.

”It's important to mention the possible effect of Australia and China's problems. If Australia is not in the market it creates a lot of opportunities for us on oranges and soft citrus, but it will also depend on China's buying power and the state of their wet markets. South Africa hasn't sent a lot yet but that might change.”