Retail figures of Yantai cherries are rather low, but still higher than last year

Yantai is located in the east of Shandong peninsula close to the Yellow Sea and Bohai. The weather there is mild, which is ideal for the cultivation of cherries. In addition, the temperature differences between day and night are big, which stimulates the accumulation of nutrients in cherries. The product quality is great, even on the same level as cherries from world-famous cherry production areas such as Chile and the USA. The latest data from the Yantai Agricultural Technology Institute shows that Yantai produced around 240,000 tons of large cherries in 2020, which was about 40% of the overall production volume of large cherries in China that year. The value of large cherry production in Yantai exceeded 5 billion yuan [780 million USD] in 2020. 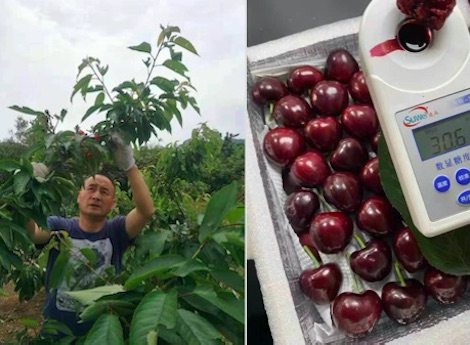 The production season of large Yantai cherries is about to take off. The first cherry variety on the market is generally the early-season Large Red Lantern. That variety is well-known for its delicious full flavor. These cherries generally ripen between late May and the middle of June. "Compared to previous years, the supply season opened more or less around the same time as last year. We have a cherry orchard in Yantai that covers an area of about 3.3 hectares. We mainly produce Early Beauty cherries and can supply cherries until early July. Our overall supply volume is around 25,000-30,000 kg. As far as we can tell right now the frost and other extreme weather conditions earlier this year had very little impact on the cherry production volume." This is according to Mr. Lu Lin of Yantai Xitian Orchard Co., Ltd.

Mr. Lu Lin also said: "Looking at the size of the cherries we can conclude that the percentage of large cherries is quite high this year. The overall retail price is somewhat low. This is in part because the market suffers from a general economic malaise during the pandemic, but also because the extreme weather conditions did not reduce our production volume, so that overall supply volume is rather large, but the frost did decrease the product quality of some cherries. Yet despite all of these conditions, the price is still higher than around this time last year." 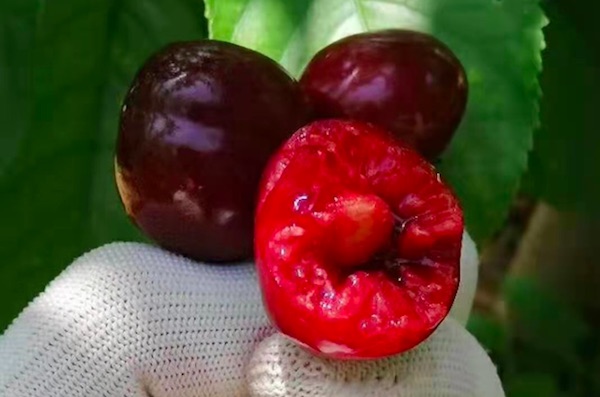 The Chinese cherry market is currently supplied by production areas in Yantai, Taian, Linqu, and (greenhouses in) Dalian, but the greenhouse cherry season in Dalian is almost over. "Yantai cherries have an obvious advantage in the Chinese market. The product quality is stable and the supply volume sufficient. We primarily sell our cherries via online traders and to large-scale buyers. At the same time we also work closely together with small- and medium-sized platforms as well as WeChat traders," said Mr. Lu Lin.