“Our company continues to travel down a path of innovation, as we have now successfully tested autonomous trucking after our autonomous aircraft transportation test a few months ago,” said Tim Riley, president of The Giumarra Companies. “Autonomous trucking technology is a real game changer for us, as its time efficiencies provide us with an enhanced opportunity to supply fresher fruits and vegetables across the United States – particularly to food deserts and rural communities.” 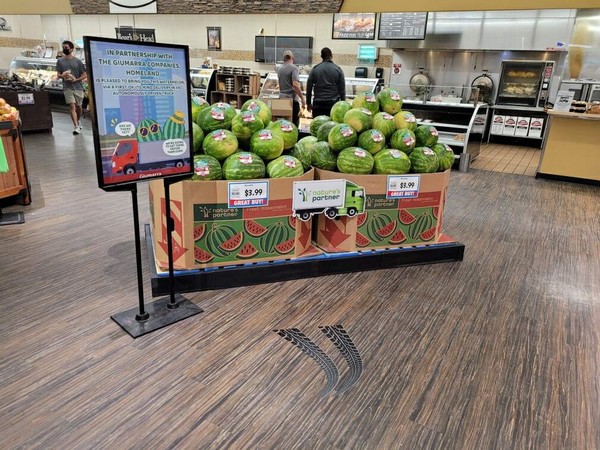 On May 3, 2021, TuSimple picked up a load of fresh watermelons from Giumarra’s facility in Nogales, AZ and transported the produce across four states to AWG’s distribution center in Oklahoma City, OK. There the fruit was inspected and distributed to Doc’s Country Mart and Homeland grocery stores.

The pick up and delivery of the produce, commonly referred to as “first mile” and “last mile,” was done manually with a human driver, while the longest portion of the journey from Tucson, AZ to Dallas, TX, also known as the “middle mile,” was done autonomously using TuSimple’s self-driving technology. The autonomous portion of the journey covered more than 900 miles. 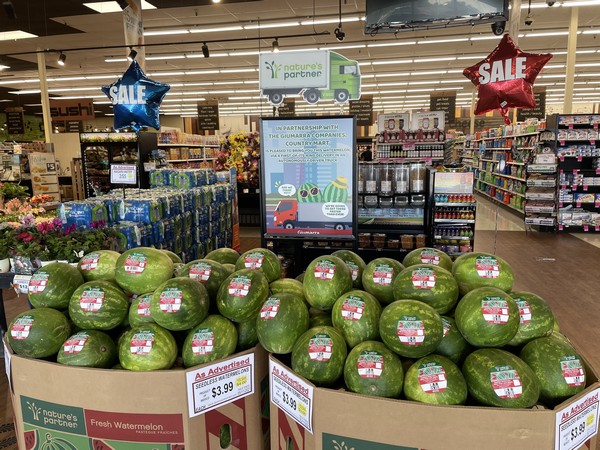 The autonomous portion of the journey that delivered watermelons to Doc's Country Mart stores covered more than 900 miles.

“We believe the food industry is one of many that will greatly benefit from the use of TuSimple’s autonomous trucking technology,” said Jim Mullen, chief administrative officer, TuSimple. “Given the fact that autonomous trucks can operate nearly continuously without taking a break means fresh produce can be moved from origin to destination faster, resulting in fresher food and less waste.”