The evolution of the F.lli Ripaldi company over the last years

From a small country business to a spinach exporter

The spinach harvest in Piana del Fucino, in the Abruzzo region 700 meters above sea level, started in late April. "We started about ten days later than last season, due to the frost in April. However, the quality has been good so far and we can' t complain about it. From mid/late April to early November we usually harvest three times," said Mario Luigi and Fabrizio Ripaldi, owners of Fratelli Ripaldi in Luco dei Marsi, in the province of L'Aquila. 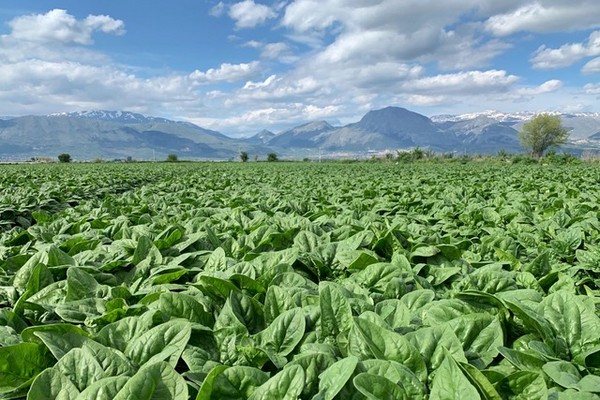 Spinach fields (All photos in this article provided by Fratelli Ripaldi)

Fratelli Ripaldi began its activity in horticulture in the early 1980s with the cultivation of potatoes. Since Mario and Fabrizio have been running the company, it is impossible to imagine the national and international markets without them, especially when it comes to spinach. In addition to spinach, they grow cauliflower, radicchio, savoy cabbage, broccoli, different types of lettuce, potatoes and cabbage.

"Our company has about 250 hectares of land, of which about 60% is used for growing spinach. This crop is packed in boxes or sold as loose product, depending on the destination channel. We work mainly with retailers and the main supermarkets in Italy and abroad. Forty percent reaches the processing industries and 60% the fresh markets," said manager Riccardo Cigno.

"Part of our crops are destined for the foreign market. We export mainly spinach and cauliflower to Spain, Germany, the Netherlands, the United Kingdom and the Baltic States." 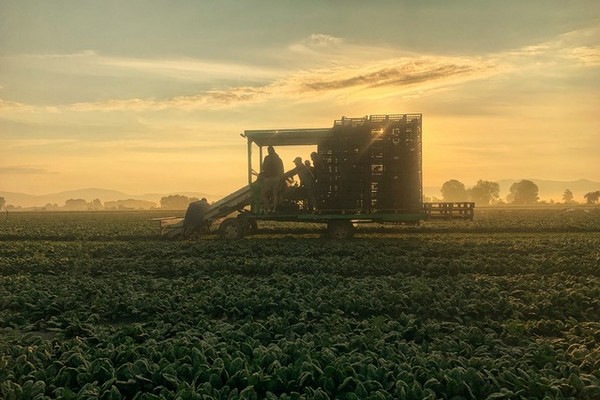 "The spinach needs a rich initial fertilization, followed by the preparation of a good seedbed, so that also in the harvest phase the cutting of the spinach is done in a homogeneous way. Harvesting takes place between 03:00 and 09:00 and this is carried out mechanically. Once the spinach is harvested, it is transferred to the market. The crop destined for packaging is kept at a temperature of 4°C and has a shelf life of several days."

"So far, sales are slow. We are still at the beginning of the season, but from the end of May we will be running at full capacity. The market is still a bit hesitant with regard to spinach, but we are starting to see an upward trend in terms of quantities demanded," said Cigno. 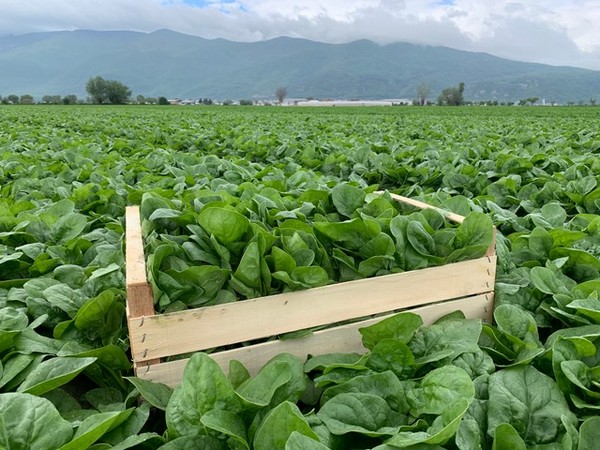 Spinach in a wooden box