Domestic supplies of honeydew and cantaloupe melons are starting to build.

“There are three separate areas where melons would be coming from right now,” says Justin Bootz with Legend Produce LLC in Scottsdale, AZ.

Offshore melons are still trickling in, though less so on the West Coast. “Most offshore importers are going to be done with offshore cantaloupes here in the West probably this week,” he says. “On the East Coast, they might be a week longer with supplies from Central America. Supplies are pretty decent on both coasts but heavier on the East.” 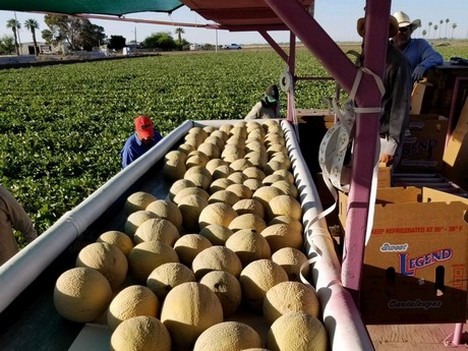 East vs. West supplies
Good supplies of cantaloupe and honeydew are also still coming out of Mexico via Nogales, AZ.

However domestically, supplies of both melons started last week and production is now just coming on. “It starts out low and ramps up pretty quickly,” says Bootz, noting the growing regions are Brawley, CA, Imperial Valley CA and Yuma, AZ. “We’ll pick out of Yuma this week and continue out of Brawley and there’ll be an overlap there for the next three weeks to a month. And then we focus mostly on Yuma for the rest of spring,” he says.

He adds that the quality is strong this year on crop as well. “It’s probably one of the best crops we’ve seen in awhile. It’s very consistent and very sweet and looks great,” says Bootz. 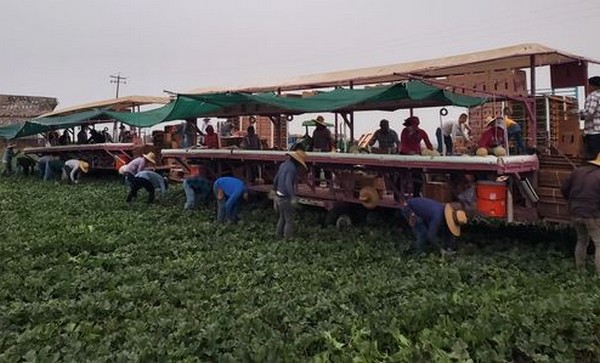 Demand for domestic
As for demand, this is the time of year when retailers look to switch from offshore product to domestic so demand is strong from larger retail chains. “But outside of the retail stores, I’m not sensing a huge amount of demand. We’re not getting a lot of calls from brokers, etc. quite yet. That could be because they’re waiting for us to start,” he says. “For offshore melons, you can sense demand is dwindling and being replaced by demand for domestic melons.”

Pricing currently is matching historical levels of pricing. “For nine count we’re quoting $16.95 and for 12s, $14.95 and that’s pretty typical for the first week of the deal,” Bootz says. “With offshore melons still available, it’s pretty standard pricing for this scenario. Then as supply ramps up, prices will come down and stabilize.”