The Association of Organizations of Banana Producers of the Canary Islands (Asprocan) -which represents 100% of the sector- is awaiting result from the meeting with Luis Planas, Minister of Agriculture, Fisheries and Food, held on May 14 at noon on the island of La Palma, the most important banana growing region in Spain. 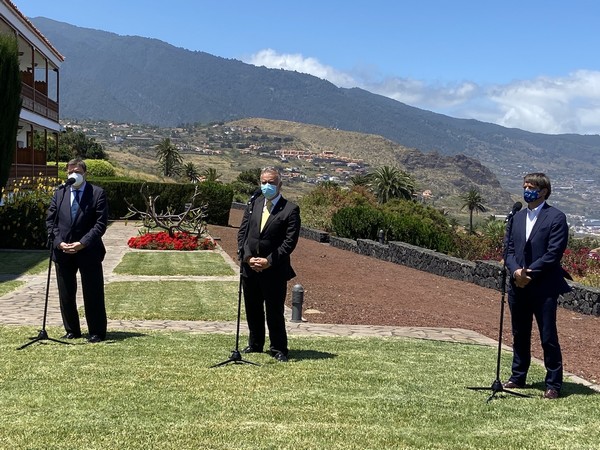 The focus of the meeting was the Food Chain Law, which producers are "highly concerned" about at the moment. For some months, Asprocan has been requesting for Canary bananas to be exempt from certain articles of this law which prevent producers from negotiating the selling price of their fruit (Articles 9.1.c) and j) and 12 ter).

The meeting has allowed the Ministry to learn more about the commercial practices in place for the bananas from the Canary Islands, the specificities that make this a product with a specific marketing model, and how, with the current Food Chain Law, producers are failing to cover at least their production costs, with their incomes and marketing volumes affected as a result.

Minister Planas confirmed his commitment to the sector and agreed that bananas from third countries pose a threat. He promised a direct line to find a solution to protect Canary bananas in the context of the on-going reform of the Food Chain Law.

He also ratified that they will work to ensure POSEI aid is computed in the calculation of the actual cost of production, on which there is currently some legal uncertainty.

The representatives of the banana sector said once again to the minister that this is not a request made only by the sector. They recalled the decision made last March by the majority of political groups of the Parliament of the Canary Islands, urging the Government of Spain to exempt Canary bananas of those provisions of the Act which put the product's competitiveness in the market at risk.