Fusarium and bananas have a several decade-long history together. The Fusarium oxysporum f. sp. Cubense Tropical Race 4 fungus (TR4) has already affected some twenty countries and now poses a threat to the entire banana and plantain industry of Ecuador as well. A cure has not yet been found. “The banana is Ecuador’s second largest export product after raw petroleum and if banana exports would be hit, the impact would be huge,” says Hugo Castro of GinaFruit.

In Latin America, the TR4 variant of the fusarium disease was first detected in Colombia in 2019 and just a couple of weeks ago in Peru. Ecuador has plantations less than 300 kilometers from the northern Peru region where the fungus was confirmed on April 12. Machala, the capital of El Oro Province and the commercial heart of Ecuador's main banana producing region is just 45 minutes away from the Peruvian border. “It’s now just a matter of only months or a year until Ecuador gets affected by TR4,” said Castro. “Peru is a big trading partner of Ecuador and truckloads of products like onions, rice and potatoes are coming in daily, carrying a lot of soil/dirt with them. These crops are insensitive to TR4 but still can carry the disease with them and spread it to other crops.” 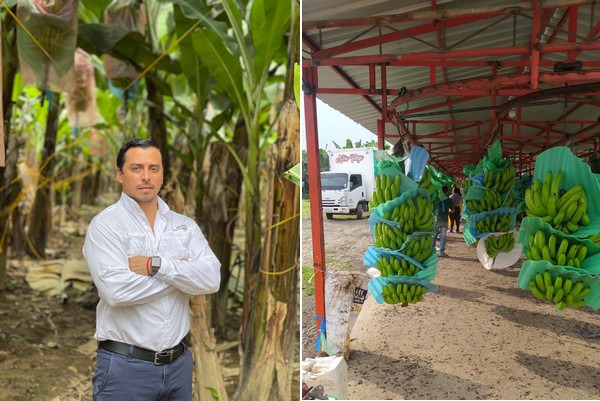 Left is Hugo Castro with GinaFruit.

Extreme measures, no united front
The government has taken extreme measures and set up checkpoints at all border crossing points. Every truckload is being checked and the measures include sterilizing containers and trucks as well as putting stricter phytosanitary rules in place for the import of banana plant material. In addition, online conferences are hosted to educate about Fusarium.

“What we do at GinaFruit is a lot of disinfection and putting security measures in place. Also, with our Rainforest and or Global Gap regulations we already follow a lot of protocols,” said Castro. “An example is that we have specific tools and materials for each farm and those don’t leave the farm. We also have truck disinfection systems, as well as biosecurity arcs for people.”

However, GinaFruit and most of the banana producers in Ecuador, are surrounded by smaller farms that generally have a lack of information and don’t always know what enters their farm. “The lack of information could be caused by farmers not reading the news or simply not having the economic capacity to put the right protocols in place. Unfortunately, the Ecuador banana industry does not have a united front with producers, exporters and government sitting together and making a plan.”

Coping and living with the threat of Fusarium
Some countries like Australia and the Philippines have been dealing with the Fusarium TR4 strain already for twenty to thirty years. “They know how to handle it and learned to live with it,” said Castro. “One of the solutions is to share more knowledge and best practices with each other and send our people over there for training and education. Another solution would be to develop a new banana variety that is resistant to Fusarium. However, this can take many years.” he added. 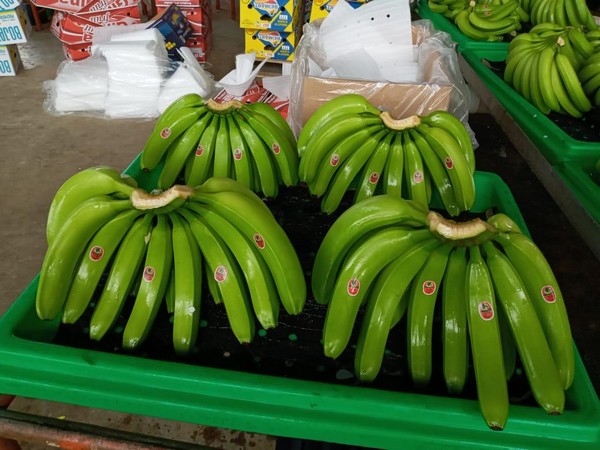 Markets are all over the place
“With the uncertainty around fusarium in combination with COVID, trade is really sleepy and not the fuzz and buzz we had before.” The demand is there but people are not taking any risks and taking it easy. “We are really living day by day,” shared Castro. GinaFruit’s regular long-term customers, which are mostly high-demanding retailers in Western Europe and Asia, are still going strong. However, with a more moderate pace in program and weekly volumes. Markets outside these two continents are all over the place. Our sales teams are on the phone more than ever, dealing with different needs, specifications, and countries.”