New Jersey production is underway following the state’s asparagus harvest starting April 15th. The New Jersey asparagus deal is a two-month one and will go until approximately June 15th.

“We’re about 30 percent ahead of our five-year average on volume,” says Tom Sheppard of Eastern Fresh Growers in Cedarville, NJ. “But the last couple of days there haven’t been huge quantities--it cooled off. Last week at this time we were cutting twice as much as we are right now.” He notes that that is how production goes with asparagus--when the ground warms up, it grows faster and the state saw some 64 degree days and 45 degree nights which slowed down growth. “But last week it was high in the 80s some days,” he adds.

Along with New Jersey, Washington State is also harvesting asparagus. “California is more organic asparagus and on imports, Peru and Mexico are slowing down. Michigan will also start soon but like us, they’ll probably start slow and work their way up,” says Sheppard. 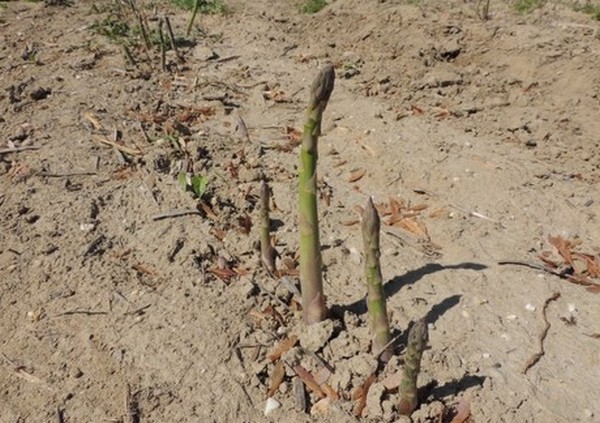 Average demand
Demand for asparagus, which Sheppard says is strong quality-wise this season, is good but not as high as it has been for the past three to four years.

“And on pricing, we’re at our season average so far. At this time last year, we were higher but not terribly different,” Sheppard says, noting it is factoring in higher costs on asparagus-related supplies, such as packaging which is up 12-13 percent this season. He also adds that while New Jersey product is competing with West Coast product, high freight rates do give Eastern growers a price advantage.