The first container of oranges of Spanish origin, shipped from Valencia by Anecoop and packed by its partner cooperative Green Fruits, based in the Spanish municipality of Oliva, arrived on May 4 at the Port of Callao, in Peru. On May 11, the pertinent inspection was carried out and then the goods were unloaded and transported to stores.

The shipment contained over 22,000 kilos of oranges of the Navel Lane Late variety, preserved during the journey at a temperature of approximately 1º C, allowing the fruit to reach its destination in perfect condition. Once inspected and unloaded, the cold chain remains unbroken up to the point of sale. 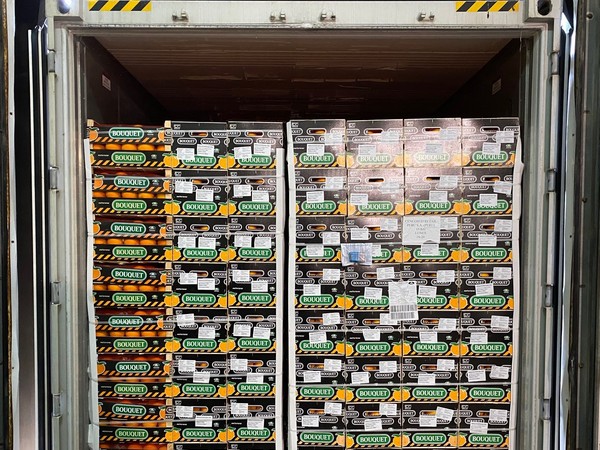 The arrival of this container is an important milestone, as it is the first one with citrus fruits to arrive in Peru from Spain. Approximately 3 years ago, negotiations started between the MAPA (Ministry of Agriculture, Fisheries and Food of Spain) and SENASA (National Agricultural Health Service of Peru) for the opening of the Peruvian market to citrus fruit (oranges and mandarins) and kaki exports from Spain.

Following visits by SENASA inspectors to warehouses and plantations of the aforementioned crops in Valencia, including those of two Anecoop member cooperatives, an agreement for both products was reached at the end of 2020, and companies (warehouses and plots) were allowed to apply to become authorized to export. Following this process, Green Fruits and the cooperative Vinícola de Llíria were registered, in addition to Anecoop itself. 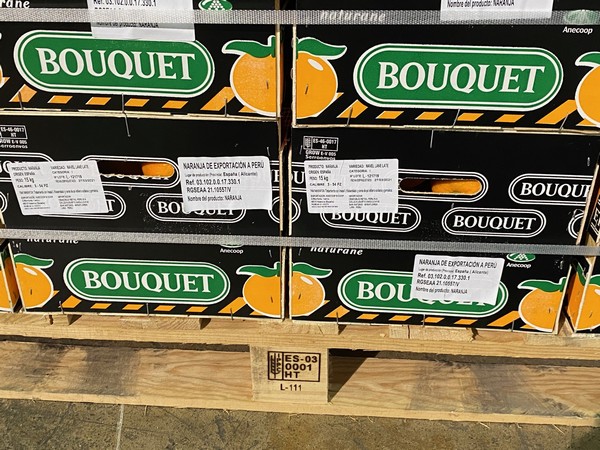 The president of Anecoop, Alejandro Monzón, said that the shipment of this container is "a first step, which we hope will be followed by many more, to allow Spanish and European productions access to third countries and to gradually overcome the barriers that hinder equality and reciprocity in trade relations."

For their part, the general manager of Anecoop, Joan Mir, and the commercial director, Miguel Abril, agreed in expressing their "optimism and satisfaction about Anecoop and its partners inaugurating this new trade route between Spain and Peru, and with a product as representative as oranges."

Main markets
Anecoop currently exports to 81 countries. Europe is the main destination for its exports, with France leading the way, with more than 181,000 tons sold. The domestic market comes second, with 172,500 tons, and the third place is for Germany, with more than 161,000 tons. Other representative destinations are Italy, Slovakia, Poland, the United Kingdom, the Czech Republic, Hungary and Sweden.