Northwest cherry supplies look to be up this season.

The 2021 Northwest crop estimate puts cherries at 23.7 million boxes, up 3 million from last year and looking more like the 2019 crop. “June will be a slow start but overall, the Northwest will ship more than last June,” says Catherine Gipe-Stewart of Superfresh Growers based in Yakima, WA. “July will be the glut of both the Northwest and our crop. It will be strong all the way through with plenty to support July 4th promotions.”

Harvest will likely begin June 1--a few days later than last year’s May 28th start but similar to historic starts for the crop. “Superfresh Growers harvest will start the first week of June, slow and steady. We will have good momentum by late June. July will be heavy with plenty of promotable volume,” says Gipe-Stewart. Harvest should continue until late August when it finishes in its high-elevation orchards. 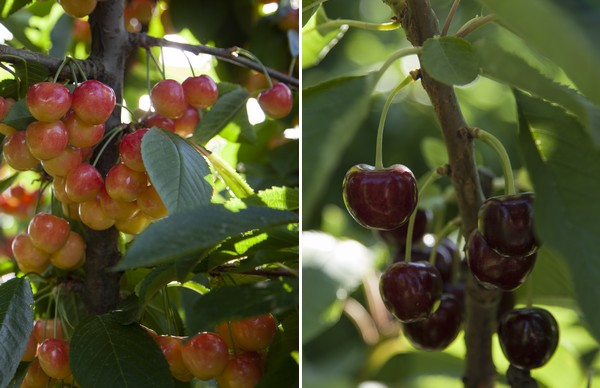 That slower start tracks back to weather experienced during the growing season when Gipe-Stewart says the crop did see some late frosts and windstorms. “Some fruit may have been lost, but the remaining cherries will be exceptionally large and sweet,” she says. “However, we expect the combined hits on a number of our early season orchards will result in a slower first few days of harvest as an industry. As the harvest moves into regions where the crops were not in such a critical stage, we expect to see daily shipment volumes climb swiftly.”

Competing with the Northwest region is largely British Columbia.

Getting ready for strong demand
As for demand, last season’s strong demand is expected to continue. Gipe-Stewart notes that in the pandemic, healthy, clean foods increased in popularity with consumers. Cherries saw an absolute dollar gain of $239 million--up 86.5 percent for a total of $996 million (absolute dollar gain March 15-September 6, 2020 versus year ago).

“Last year we learned that consumers are willing to pay for the affordable luxury of cherries,” she says, noting that Nielsen data shows retail prices were up all season and overall dollars were up, despite less volume at the forefront of the season. She notes that conventional dark sweet cherries were up 28 percent in dollars and up 6 percent in volume, with an average retail of $3.49 (up $0.61 more than last year). Conventional Rainier cherries were up 9 percent in dollars, despite being down -2 percent in volume. “We expect similar trends this year,” Gipe-Stewart says. 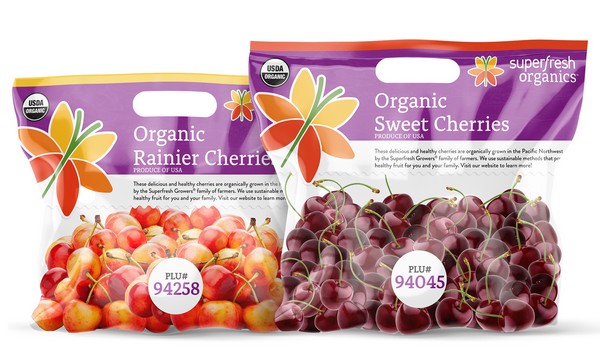 Meanwhile this season, packaging has been updated for the Superfresh Organics line. The bright purple packaging is designed to catch the eye at grocery displays and more easily differentiate organic product on store shelves.