The South African agriculture sector is doing well at the moment despite challenges in shipping and COVID restrictions. 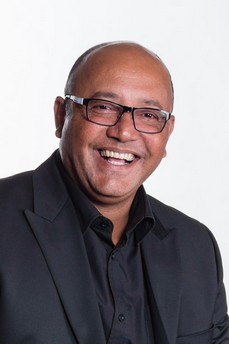 “As a country our agricultural sector did remarkably well last year, despite the continued lockdowns we still managed to continue trading with countries around the world. As in other countries agriculture was declared an essential service and there was a high demand for fresh produce as people wanted to eat more healthy foods and fruit with high Vitamin C content,” explains Christo van der Rheede, Agri SA’s Executive Director.

“All of our commodities are doing well, table grapes, citrus, deciduous fruit and macadamias as well as the other agricultural products. We have seen good rains this season, although some parts of the country are still in drought.”

Labour
The availability of labour in South Africa is not a concern, but the recent increase of the minimum wage has increased costs for growers.

South Africa has long been seen as an unstable country but Mr van der Reede said that these days it is mainly isolated incidences where people are unhappy with the government.

“South Africa is a very vibrant and diverse society, with very skilled farmers who produce some the best food in world. Farmers in South Africa are not subsidized as in other countries and deal with difficult issues such as drought, they are a special breed of people.”

Market access
Gaining access to new markets has been a slow process for the country but is critical if they want to diversify and spread risk. “The government must work in tandem with the sector to achieve this, historically the farming sector has been used as a political football and this not the way forward. We need to work together for the greater good. Food production is critical for the country, rural development, job creation and foreign exchange. AgriSA lobbies the government to secure market access but you need to have the resources to do this. If you lose market share there will always be someone else to take your place.”

Land expropriation and currency
Land expropriation without compensation is another big issue in South Africa. “It is important to remember that the land doesn’t produce food on its own, it’s the expertise of farmers which does this. If you lose this, then food production will diminish as it has in other African countries.”

According to Mr van der Reede the country needs to deal with the legacies of the past, “But political change must be underpinned by a strong and free economy. Political change cannot happen at the expense of the economy.”

The Rand has seen a recent improvement, which is a boost to exporters but also has a flipside as it means imports such as oil and petroleum and other input costs will increase. The main thing is to try to have a stable currency because if it is volatile, it causes more difficulties.

Infrastructure
Logistics has been a challenge across the globe due to the pandemic, but in South Africa there have many backlogs at the ports to add to this.

“Our infrastructure must be improved; our national roads are good, but the secondary ones are not. We also need to expand and deepen the harbours. Exporters must be able to get their produce to international markets timeously and efficiently without compromising quality on-route to market.

Despite the challenges van der Reede is enthusiastic about the future: “South African farmers are good at what they do, which is producing high quality, affordable and sought after fruit and vegetables.”