During the opening ceremony of the 2021 Yanliang Melon Industry Cultural Festival, two new varieties developed by Yanliang Melon Trial and Demonstration Station of Northwest Agriculture and Forestry University, Hongbaoyu and Yinhui, were released. 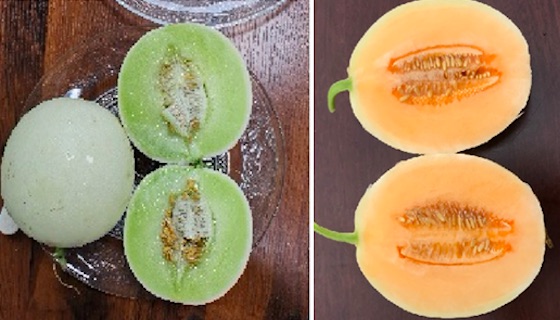 Du Junzhi, chief expert of the Demonstration Station and his technical team have been overseeing the selection and breeding of 12 new watermelon and melon varieties in Yanliang District since 1999. The new variety Hongbaoyu released in the ceremony is resistant to low temperatures and low light, diseases and stress, as well as storage and transportability, with firm and crunchy fruit body. Yinhui is strong in adaptability, short in fruit development period, thick and smooth in flesh, and high in yield.

In recent years, a series of explorations and developments were carried out surrounding the melon industry, backed by the resources and technological advantages of Northwest Agriculture and Forestry University. As a result, a modern agricultural system centered around the university and cooperatives is formed, and large-scale production, regionalized layout and industrialized management became a reality. The quality of melons and the industry have both improved, and the modern agriculture in the district is under rapid development.