Anyone driving into the parking lot at Van der Avoird Trayplant in Bavel in Brabant will immediately see a lot of green. Looks nice and fresh, you might think - but for the producer of strawberry and raspberry youngplants, it's more than that.

"It's important that this is a nice place to work but the greenery also forms a buffer zone, for water collection," says Peter van Hulten. "And our gardener is a former employee who started his own business here in the neighborhood."

It is an example of how everything is thought about within the company and where improvements and sustainability are possible: even the business environment is an important factor that is taken into account. This thought is also at the heart of the renovation and expansion of the company's original location. 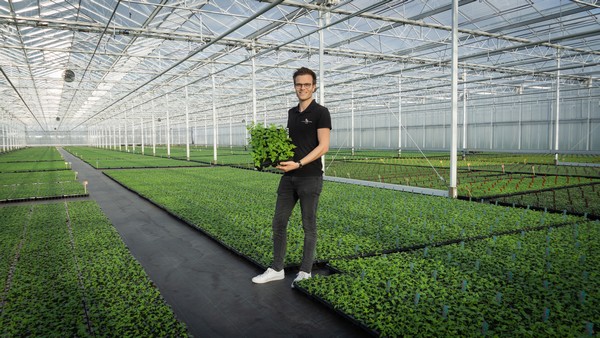 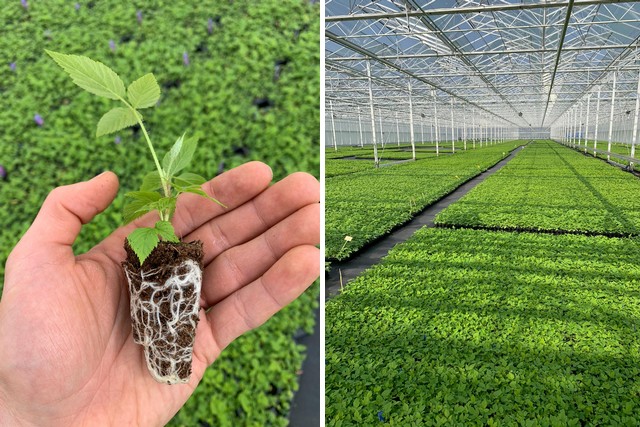 Sustainability
"Sustainability is important to us," is a phrase that many entrepreneurs have undoubtedly let slip. For the team at Van der Avoird Trayplant, it is more than just a phrase. Fifteen years ago, owner Peter van der Avoird decided not only to talk about and strive for sustainability, but to get to work on it in concrete terms. Every year the impact of the company on the environment is measured. With the top 10 that comes out of this, the company has started to work. "The biggest steps first," says Peter van Hulten, co-responsible for sales and making the company more sustainable. "That was the thermal energy storage installation, which means we are now no longer dependent on gas. In the summer we store heat and in the winter we use it again."

The water cycle has also been closed for a long time, and thanks to a biofilter with bio-organisms and the minimal use of crop protection products, there is no longer any discharge. "These are things that will become mandatory in the future, but which we want now. It's our business philosophy to tackle what you can," says Peter, explaining that this is not always easy.

"The heating and water installation are big projects, but we are implementing it more broadly. Installing solar panels and replacing diesel cars with electric ones seem like otherwise obvious choices, but then again you wonder how the production of those resources will contribute to the overall score. The same goes for separating plastic waste. We don't do that at this location because the waste streams cannot be separated. In the end, what you do has to be practical and work out. You're looking for the balance." 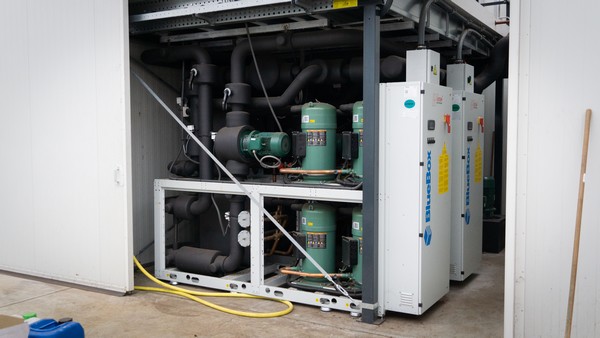 Various sustainability measures
Because the entire company is being screened, the sustainability steps taken are diverse. "The root blocks we use to cut the mother plants are spread at a nearby tree nursery and the enriched soil with a higher organic matter content, results in better growth there. The peat had already been made circular and so we can close the loop further."

How cheap is it to get rid of waste like that? That's not so bad, Peter laughs: a normal rate is also paid for this processing. "For us it is important that we can continue to do this. The efforts are not about achieving the lowest cost price."

He clarifies that being competitive for Van der Avoird is more than offering the lowest cost price. "We are convinced that we can also translate sustainability into euros and that our customers also see this added value. How special is it when you can buy a plant that not only absorbs CO2 itself and converts it into oxygen, but where the production process also contributes to the environment?" 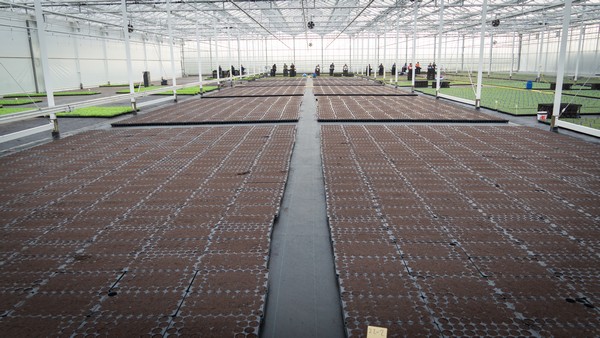 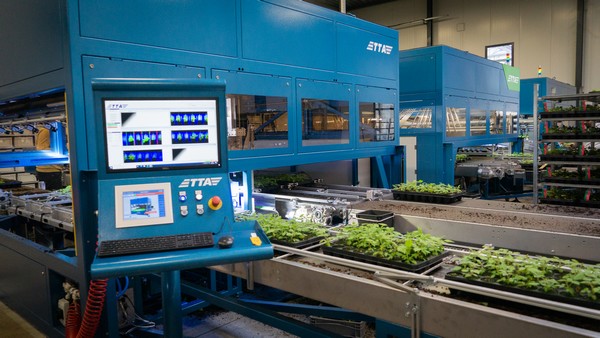 Automation should make work in the nursery easier. 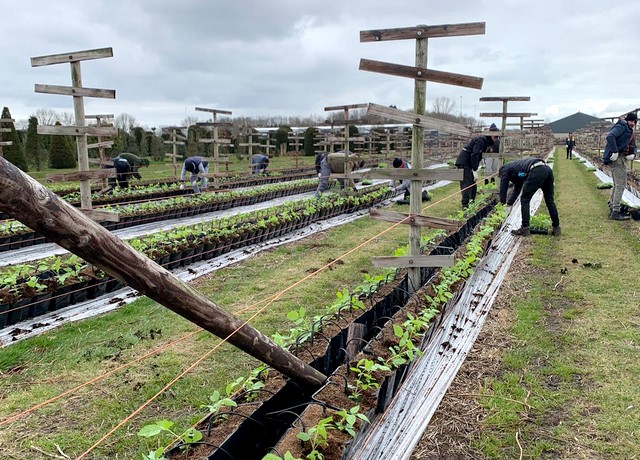 The season has also started outside

Customers and suppliers that fit
The sustainability choices work their way through to sales and also go back into the chain - because a plant nursery may be at the beginning of the production chain, but of course it itself has suppliers. Hence Alfred Boot of Herkuplast is on the farm this Tuesday morning. The supplier of single-use and reusable plastic trays shares the same conviction: do what you can. Not for nothing that there have been solar panels on the roof of the factory in Germany for years.

Over the years further steps have been taken and the company looks in detail at which trays (single-use or reusable) are suitable for which customer. Meanwhile, the single-use trays, from the Herkupak line, are taken back from customers as much as possible and recycled. Also used by Van der Avoird: the 40- and 104-hole trays, equipped with a corner to prevent contact between the plant and the soil and a patented recess to allow hot air under the tray to escape. For fifteen years, the trays have been collected from the company.

"Because the trays go with the customers, deploying multi-use trays is not practical. Also, because of disease pressure, it is important not to take packaging material back to a plant nursery," Alfred explains. "The trays are collected after use by Handelsonderneming Van Krimpen and ground and processed in their special recycling plant into a film or granulate, from which Herkuplast can make new trays again." 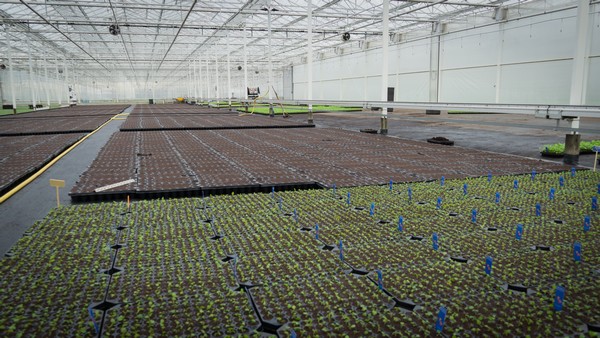 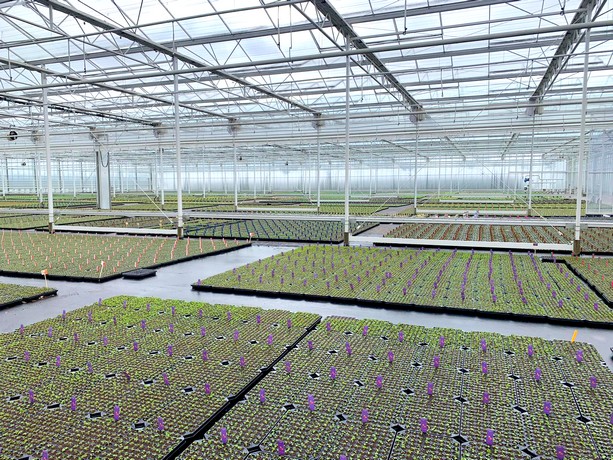 Expansion
For Van der Avoird, there are plenty of new challenges ahead. Within the current establishment, where the top 10 is being renewed and taken into consideration again this year, and beyond: this year will see considerable expansion. The company is realizing a vertical cultivation installation for the propagation of young raspberry plants. From 1.8 hectares of greenhouse, 50 million strawberry plants must come every year - in the most sustainable way possible, of course.

"LED lighting, and then also the variant where the heat of the lamps can be harvested and used back in the cultivation. CO2 capture and minimal water use," says Peter, who will soon be happy to show the rest of the installation to everyone. This ultramodern location will also include an inspiration center where they will welcome visitors from inside and outside the sector. "We learn a lot from other growers, but certainly as much from innovations outside the sector. For logistical problems you should not look so much to your neighbors, but to large distribution centers such as Bol.com. That is also why we want to open the doors ourselves: sustainability is so important. In this we would like to inspire others."