Chilean kiwis are just over halfway through the harvest.

“The supplies today are pretty ample. We had kiwis in one growing area that were a bit delayed to start--maybe about five to 10 days delayed from a normal season,” says Nicolas Damm of Rio Blanco. “Harvest should go on for another two weeks and then fruit will go into CA storage and we’ll pack kiwis until probably the beginning of August." 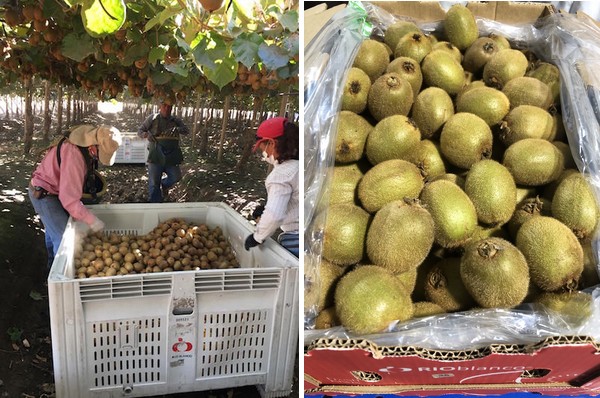 Chile will harvest kiwis for another two weeks and then fruit will go into CA storage.

The rains that affected Chile’s grape season earlier this year so severely had little to no effect on the kiwi crop. “The kiwis were very immature when the rains happened. There may be some more fruit stained with watermarks but we haven’t seen it yet,” he says. He also adds that the kiwi growing regions are a bit further south in Chile where rains regularly happen--they aren’t uncommon there, unlike the rain in the grape season.

Smaller-sized fruit
He does note that sizing does seem to be slightly smaller this season. “Last year we were peaking on size 30 and this year, we’re one size smaller,” says Damm.

The crop is meeting strong demand from multiple markets around the world though. “And we’re seeing stronger North American demand compared to last year--it’s also more proactive demand from partners of ours who are requesting kiwi programs early on." 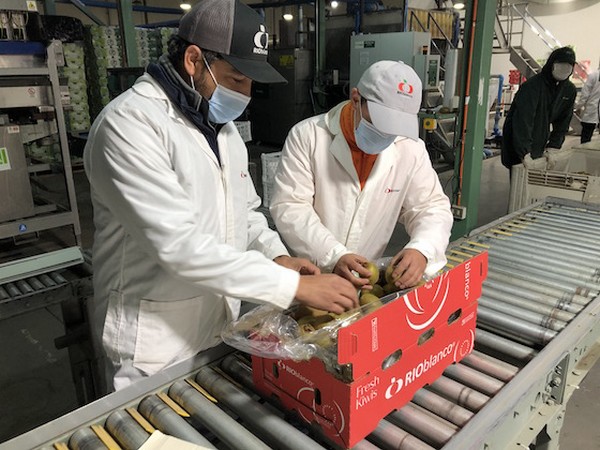 Sizing is slightly smaller on this year's Chilean kiwis.

Damm also adds that while in the past, Chilean kiwis had been seen less favorably in terms of eating quality, growers have worked hard to overcome that and are growing better fruit with higher Brix and dry matter. This too has also helped overall demand for Chilean kiwis.

All of this has left pricing significantly higher than last year at this time. “It’s very high and similar to what we ended up with last season--maybe 30 percent higher than a normal season. And it’s been stable as well,” he says.