The Region of Murcia's stone fruit campaign has already started with small volumes, quality fruit and higher Brix levels than those of the first batches of last year, when there were more abundant rains. Prospects are therefore good, given also the interest observed in the market. "Fruit buyers and supermarkets are calling every day to ask when we are going to start," says Thomas Chevaillier, technical-commercial director of PSB Producción Vegetal.

Varietal development is an essential tool in the fruit sector, as it makes it possible to meet the growers' needs with cultivars adapted to their production areas and the schedules they wish to have, taking into account the difficulties they face, as well as the suitability of those products to the requirements of the various markets. This breeding, production and distribution company based in Pliego, Murcia, with experimental fields in Spain, France and Italy, has presented its new early stone fruit varieties adapted to the production areas of southern Europe. 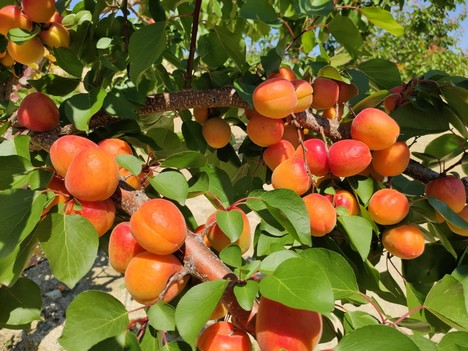 The breeding of low and medium chilling varieties is becoming increasingly important for the early stone fruit segment in those areas where the annual amount of cold hours is falling. "This applies especially to southern areas such as Murcia, Valencia, Seville, southern Portugal or Greece," says Thomas. "Greater care is needed in all these areas, which have few hours of cold, when choosing varieties with an April to June production schedule, because it is necessary to find varieties that are well adapted to these circumstances."

The results obtained with the Borsalino in this first year after the variety's launch have been very positive, says Thomas. "This year we have started earlier with the commercial visits. One grower in a very early area of Murcia who planted the Borsalino has already finished harvesting. He started on April 12 and finished last week, with the entire production sold in the retail at very good prices," he says. "In contrast, only some small volumes of Mikado or Colorado apricots have been harvested since April 20, and those volumes won't start to increase until this week or the next."

The list of early apricot varieties in the PSB program following the Borsalino in Murcia include the Mikado, Nestor and Domino, up until the Flopria, which as Thomas explains is the leading apricot in the Region. "All these varieties need a minimum of between 300 and 400 hours of cold and are self-fertile; a characteristic that Murcia producers are looking for, because it guarantees a good harvest every year," he says. "There are varieties such as the Colorado, which are very good varieties and highly appreciated by both producers and exporters, but which are not productive in some years."

Diamentina and Copacabana, Brix and earliness in nectarines
PSB has also expanded its range of early nectarines with a new generation of varieties with a higher Brix, with which it is managing to combine flavor and earliness: the white-fleshed nectarine Diamentina and the yellow-fleshed variety Copacabana. "In very early production areas, such as Campotéjar or Archena, they have just started with the Diamentina and will start with the Copacabana on April 30 or early May," says the company's technical director. 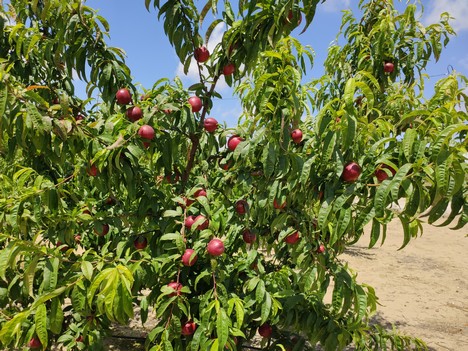 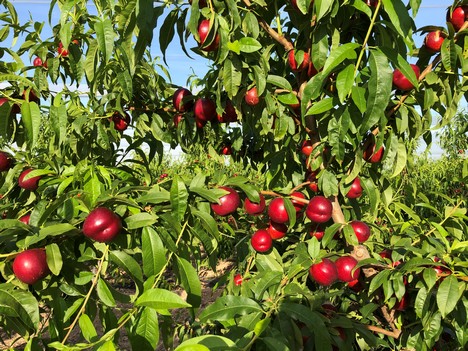 Some producers in the Region have already started harvesting some volumes of other early and extra-early varieties, including the yellow-fleshed Flariba, or the white-fleshed Flavana, although the peak in the production will be reached around May 5-10. "Compared to last year, we have experienced quite a delay with the nectarines due to the not very high temperatures recorded in March, which delayed the flowering, and the rains in the last weeks of April. 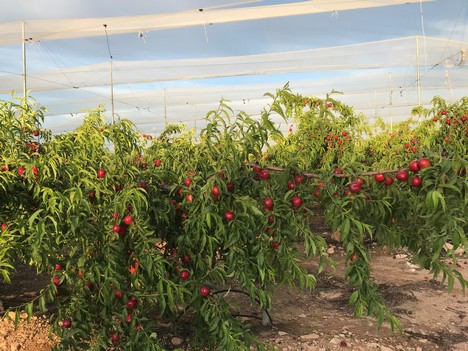 In our farm in Sierra Espuña, which is not the earliest in Murcia, we are experiencing delays of between 8 and 12 days with the early varieties. For example, this year we will start harvesting the Patagonia variety on April 30, while last year we started on April 20," he says. Astoria peaches are also picked on that date. Their harvest kicked off in the earliest areas of the coast on April 10-15, with small volumes intended for retail sale. 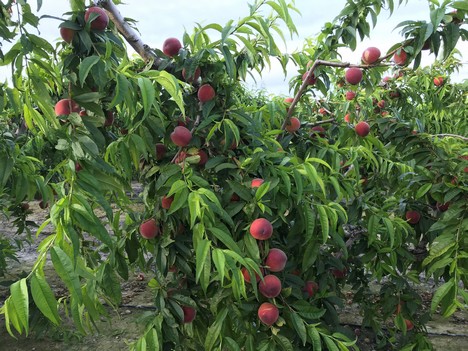 Zodiac and Luisella, new additions to the early flat stone fruit segment
The company has also developed two flat varieties that will complement its early range. Next week will see the start of the harvest of the new addition to the flat peach segment: the Zodiac, an early white-fleshed flat peach that is generating great optimism. "The Zodiac has a very good pistil closure and offers good productivity. It will be the first variety with which it will be possible to obtain large enough volumes to supply supermarkets, with fruit on average of sizes A and B," says Thomas. 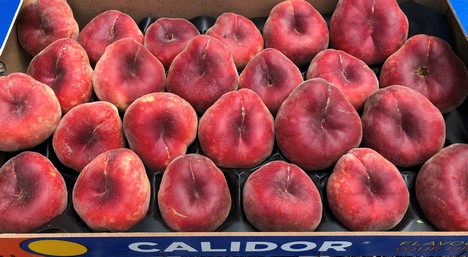 Regarding flat nectarines, after 10 years of work and study of their performance in different production areas such as Murcia, Lleida or France, this year the breeding company is launching the Luisella, an early platerine which, according to Thomas Chevaillier, will be the first flat nectarine to reach the market. "This year, the harvest is expected to start around May 15."

Obtaining this variety has been a very important step, as older flat nectarine varieties have been affected by many problems caused by poor pistil closure, so the market has hardly had any platerines available so far, says Thomas. "Flat nectarines are difficult to handle and sensitive to frost, cracking and thrips and lenticella problems, so we have redoubled our efforts in the selection process," he says. "Our motto is to always be at the service of the grower."

Guided tours
The Murcian company is going to start offering guided tours both in commercial fields and in its experimental farm to showcase its new varieties to anyone interested. These visits will be carried out complying with all the necessary safety measures.

"We are really looking forward to welcoming people," says Thomas. "We encourage all interested parties not to hesitate and to contact us, as well as to consult us before making their planting plans."