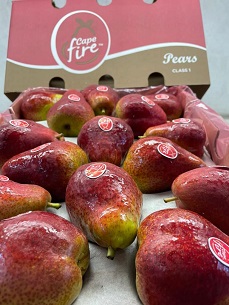 Notwithstanding a difficult colour year, the late blush pear Cape Fire™, harvested after Forelle, has maintained its steadfast solid colour and demonstrating its reliability, says Lohan Marais, from Icon Fruit.

The last Cape Fire™ pears are harvested last week, with packing continuing into next week. From week 16 and week 19 the pear is sent out widely: to South East Asia, Russia, Europe and the UK.

Traditionally, South Africa's drawback in that market was sizing and fruit are generally a size down this year, a tendency they also noted on Forelle pears, but the pears and especially the Cape Fire™ pears that they load for the South East Asian market perform well.

“We're definitely seeing increased interest in the pear from South East Asia – they really like a pear with better colour than Forelle,” Lohan remarks. 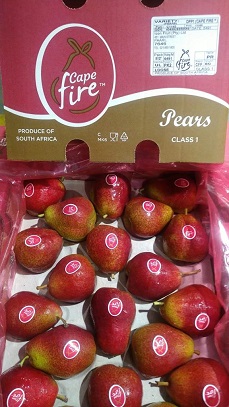 When packing Forelle, fruit are packed as Forelle when satisfying the percentage blush requirement and as Vermont Beauty when they do not. Cape Fire's colour is so solid and dependable that only one class of Cape Fire is packed.

As a result, the packouts on Cape Fire are higher than on Forelle, particularly in a difficult colour year like this, a point of differentiation that has become clearer over the four years that the cultivar (spotted in an orchard in the Warm Bokkeveld, outside Ceres) has been commercially produced.

Rolling out of commercial orchards in South Africa is growing steadily. A lot of testing has been done in the last 10 years and Cape Fire™ are commercially planted in Australia and tested in Belgium and the USA via TopFruit (Pty) Ltd in SA.

We have had some challenges with the growth of the Cape Fire™ tree and we are testing different rootstocks under net to see if we can improve growth and stronger trees.

“The market for blush pears is looking good,” Lohan says. ”When you're talking about pears, the world economy is under a bit of pressure. It feels like prices are not quite where they were last year and the exchange rate is not in our favour like it was last year, so prices are going to be lower than last year, but there's definitely a pull from the market. 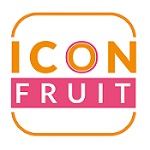