Egyptian Valencia season extended until the end of May

The Egyptian Valencia season is still ongoing. The disruption in the Suez Canal had its impact on the trade, with some exporters having 30% of the harvest still in stock. This means the season will be extended until the end of May, while trade has picked up again as the blockage was cleared. 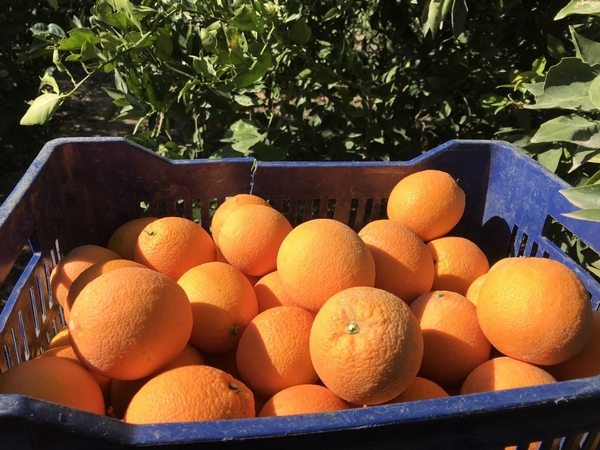 The blockage of the Suez Canal has definitely had an effect on the orange trade from Egypt, Abdullah Tharwat, business development manager for Pyramids Agro says: “The agribusiness and international trade, we like to call it ‘a life of adventures’, as you face new challenges every day. One of these challenges was dealing with the blockage of the Suez Canal by a huge vessel, the Ever Given. One can imagine the impact this had worldwide and the changes that had to be made, affecting weekly dealing in shipments, quantities of fruits in the market as well as the shelf life of fruits and the rates of shipping produce. As always, the best way of dealing with any problems that hits you in this business is to be flexible and adapt quickly to the new situation.”

As traffic wasn’t able to get through, there are now a lot more oranges still in stock than there were last year. This means the season will be extended until the end of May. “The problem of the Suez Canal and the issue of shipping meant that there were not a lot of spaces left for export. This in turn led to a large quantity of oranges remaining on the trees. Currently we still have 30% of our entire stock available, whereas last season we only had 15% of the stocks left around this time. This means we expect the current season will last until the end of May.” Tharwat explains. 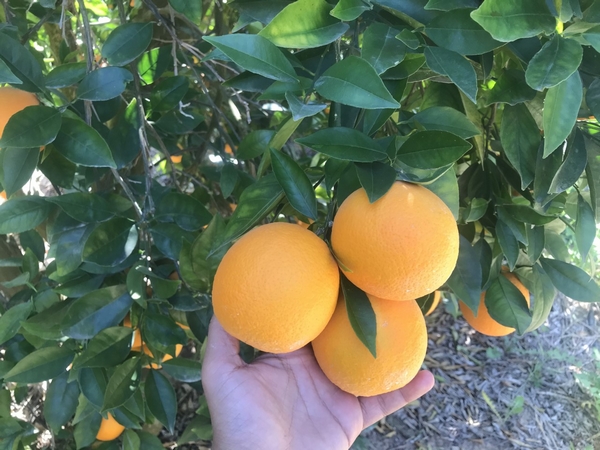 Now that the Canal is clear again, trade has picked up again and is in a good spot, Tharwat says. “Both exported volumes and the demand are in a good place for the Valencia oranges, but some markets that require small sizes are saturated. Price of Valencia oranges in the tree vary from .24 to .26 dollars per kilo, but the cost of the shipping has been increased significantly, as freight from some countries have had their rates increased by 150% compared to the previous season.”

Although the orange season is still ongoing in Egypt, the peach season has already started: “Next to Valencias, we’re currently starting with our peach season. Pyramids offer the Florida and Early Sweet varieties. Our main markets for this product will be the Gulf countries as well as Iraq. We’re ready to have a successful season and will have busy times ahead of us!” concludes.