Serving the Russian market via an alternative route

In Russia, HZPC is using an unconventional strategy to secure its potato trade for the future: in 2019, a small breeding company was set up to provide Russian contract growers with pre-basis seed potatoes. In 2020, the production of mini-tubers was added too. These choices were made due to Russia’s aim to be entirely self-supporting within its borders and completely shut out the import of seed potatoes in due course.

Scroll
Exports to Russia have been difficult since 2014 and things don’t seem to be improving. As well as the drastic reductions of the import of chickens, pigs and cows over the past decades, Russia is also clearly decreasing the import of seed potatoes. The country, however, is nowhere near ready to realise the same quality levels as they do with European seed potatoes. Furthermore, the potato processing industry sets high requirements that are often not met by local products. This means that imports are still tolerated but there is a genuine need to build up expertise and develop quality production processes. HZPC has therefore identified an opportunity to serve the Russian growing market by means of an alternative route.

Quality versus volume
In Russia, they eat a lot of potatoes. According to Pim Bemelmans, managing director of subsidiary HZPC Sadokas in Sint Petersburg, the current demand fluctuates at around six to seven million tons. Furthermore, the processing industry in Russia is expanding, along with the demand for supply continuity and quality. ‘This presents opportunities for HZPC’, explains Pim. ‘Russian growers can realise higher and better yields if they focus on quality but the topic is not yet very high on the agenda. Because Russia is a vast country, they think more in terms of volume. There are more than enough square meters. Farms are enormous businesses covering 2000-3000 hectares with a general manager who lives miles from the actual growing area. This is hard to compare to Dutch growers who jump on their tractors and manage the crops themselves.’ 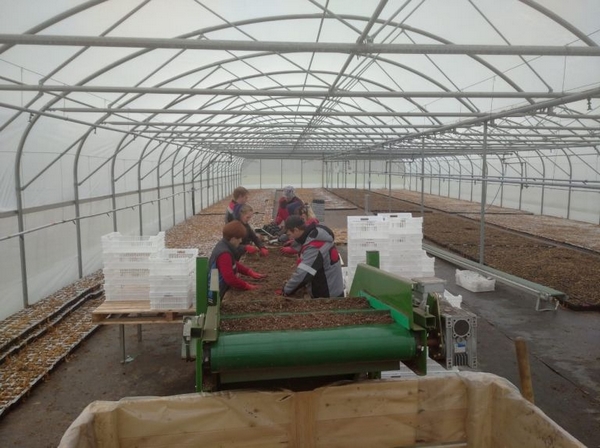 HZPC Sadokas has built up a reasonably solid basis in Russia, with a number of major contract growers who also work with fellow growers from competing companies. ‘It’s not an option to expand numbers or find smaller businesses who want to focus on quality’, explains Pim. ‘In combination with the increasingly difficult import of initial material from the Netherlands and Finland, this led to the idea of growing pre-basis seed potatoes ourselves. This way we can be less dependent but also find out whether it’s actually possible to grow virus-free potatoes here. Russians all have their own vegetable gardens, where they grow potatoes year-in year-out, and this has led to a huge virus problem in the country. This type of garden is never far away and this causes major issues for companies. It is too risky, therefore, to outsource the growing of pre-basis seed potatoes to companies that focus on volume instead of quality.'

Working independently
In 2019, the time had come: HZPC commenced primary production in Russia, on its own risk and account.

Because this is an interim step for securing the future position in the Russian growth market, this growing process has been set up as an SBDA project, in partnership with HZPC Sadokas. Project leader Gert Jan Feddes tells us more: ‘We have hired a farm, invested in the materials we need and appointed a grower: Mindert Pool, a Dutch man who already lives and works in Russia. This was a huge stroke of luck as he is knowledgeable and knows the country well, but also because he is used to working independently. Russians are extremely hierarchical and not used to making their own decisions, but we needed someone who can take the initiative when necessary. Mindert works with seasonal workers and is supervised from a technical perspective by a retired HZPC grower who also advises Russian contract growers.’ 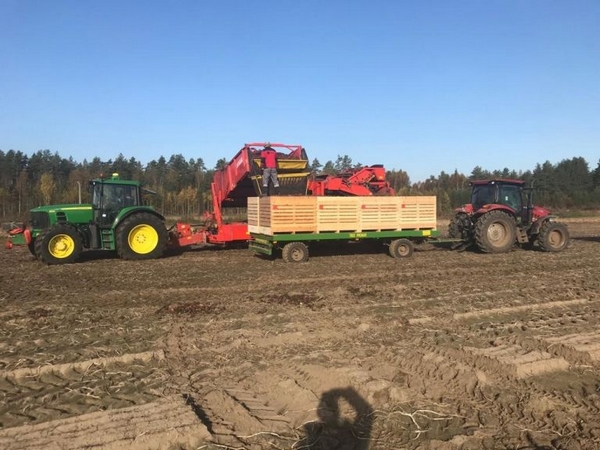 The good news is that HZPC has been successful in growing virus-free potatoes in Russia over the past two years. But not everything has run smoothly. ‘It turned out there were nematodes in the soil so we are attentively looking for another farm before the new season’, adds Gert Jan. ‘It is a huge challenge to uncover the soil’s history in Russia but we are doing our best. Another challenge is the local support for Mindert. It is not easy to find Russians who have business expertise, with a practical approach, and who will also take the initiative. Once we have found a good Russian colleague, that will help prepare other Russian growers for primary production in the future, should that be necessary. However, for the time being, we are focussing on fulfilling the need for HZPC Sadokas to guarantee the provision of pre-basis seed potatoes. As a result of the cultural differences, it takes longer to put things together.’

Another perspective
‘It’s a matter of give and take’, thinks Pim, who took on the role of managing director of HZPC Sadokas in 2019, and moved to Sint Petersburg. He has been fascinated by Russia since he was a teenager, but no more or less than the Dutch culture or Belgium, for example, where he studied. ‘The Soviet history means Russians have a completely different perspective and this can sometimes clash with our views. This has been combined with a high pace of change since the economic plan was implemented. Developments are moving rapidly while structure and coordination may be lacking. The Russians are highly flexible and able to switch gears efficiently, on the one hand. On the other, however, there is still enormous bureaucracy which takes up a huge amount of time. Even at Sadokas, there is a heavy emphasis on accounting and spending time signing off all the documentation.'

‘The low level of trust in Russia doesn’t make things any easier either’, adds Pim. ‘Everything must be paid in advance, there are a lot of checks and finding local partners is a huge challenge. 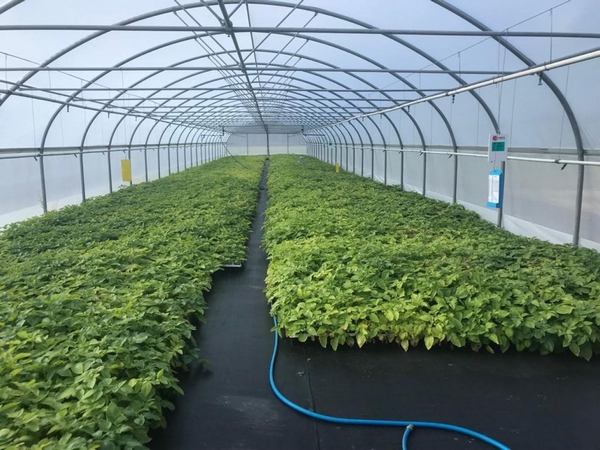 But this also presents an opportunity for HZPC as we are doing more than just trading. We are actively involved with our growers and the market and distinguish ourselves with a focus on quality in the production processes. We can use this to gain trust. We share our expertise and experience via webinars and podcasts and the fact that we are now a production farm helps too.

We are clearly showing that we know how to farm in Russia, as a result of our own experiences. That was not the intention of this project and we are primarily a trading company but it is a positive side-effect from having the farm.’

Trust in the future
The fact that we succeeded in growing virus-free initial material in the first two seasons creates confidence for the future. ‘Due to the good results from the first season, we started mini-tuber growing in Russia earlier than planned last year’, explains Gert Jan. ‘Despite the impact of the coronavirus measures, we were able to get the project off the ground successfully. It was a challenge to bring the polytunnels from Metslawier to Russia but we succeeded in the end.

They used online tutorials and instruction films from colleagues in Metslawier to set up the production unit which is now managed by a Russian employee from HZPC Sadokas in close collaboration with Tom van der Kooij (manager Prebasic Tissue Culture).’

Mini-tuber production was also 100% virus-free in the first season. ‘The fact that we succeeded in creating virus-free initial material in Russia is of enormous strategic importance for the Russian market’, explains Gert Jan. ‘We hope to find a new location before the coming season with good soil for pre-basis seed potato growing.

The season here starts pretty late as there is often still frost in spring. The earliest we can plant is the end of May, but it is usually the first half of June. We then harvest at the beginning of September at the latest, because there can be frost again from mid-September. The season is shorter but harvests are good due to the long hours of daylight. Sometimes, it’s a case of pioneering work, along with the bears or wild boars who also want to eat the potatoes. Each country has its own peculiarities, both in growing and culture. Our challenge is to learn to work with these, so we can introduce our own varieties to the market from our base in Russia.’