"We want to become the biggest in Mexico"

The ambitions of the Rising Farms team are impressive. The young company wants to become the biggest grower in Mexico – not just by growing tomatoes, but also by introducing new products to the Mexican horticultural industry. In order to reach this goal and to scale their greenhouse business rapidly, they look at novel ways to finance their business. “The CapEx currently is a hurdle in scaling your enterprise. That’s why we are separating real estate from growing,” Pablo Ricaud explains. "This way we can build a scalable corporation of world class, something that is very rare in Mexico for agricultural companies." 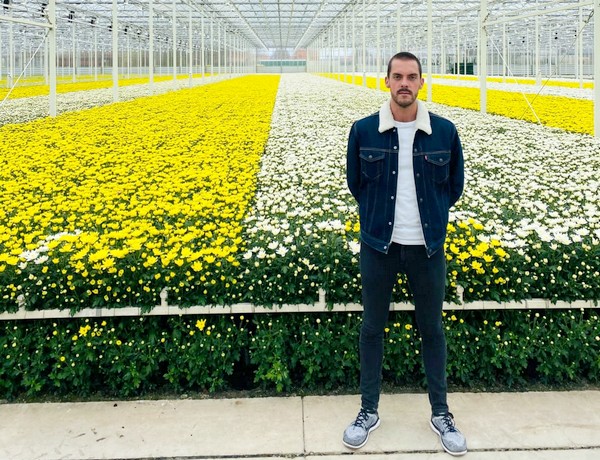 Pablo Ricaud in a Dutch greenhouse.

Renting the facilities
“Look at the hotel industry. A single operator does not worry about building hotels – they rent the facilities and worry about the rest later. The money is taken care of. But in high-tech horticulture you need to worry about both,” Pablo Ricaud with Rising Farms says when, during a special trip to the Netherlands to learn more about the Dutch horticulture, he gets asked why he is looking for new ways of financing horticultural businesses.

With a father that is a high-tech greenhouse grower and himself having a background in financing, he has seen the opportunities in the Mexican greenhouse industry and also is assured that the current business models limit the growth of the industry, as it is hardly possible to scale your farm to a 300 hectare facility at a rapid pace. “Since the CapEx in Mexico is a big issue for companies, funding in general is already scarce. It’s just too expensive. You need to find other ways to scale your operation.”

The Rising Farms team decided to operate in a different way. Their goal is to expand their operation with support of investors. “Many funds are looking to invest in horticulture as it is a sustainable business and addresses global challenges,” he says. That’s why they decided to build a greenhouse, sell this one to an investing fund and lease it back from the fund – a way of operating that currently is also used by Equilibrium in the USA. To prove their business model in the Mexican market, they have started growing in a rented greenhouse last year. A 4.5 hectare greenhouse was found, refurbished and revamped with modern technique and since May 2020 tomatoes are being grown here.

“We have a sublime team of technicians and growers, which has enabled us to harvest yields that are similar and even expanding the yields from glass greenhouses,” Pablo says. “And we have the contacts with the North American suppliers. Our concept has been proven.” 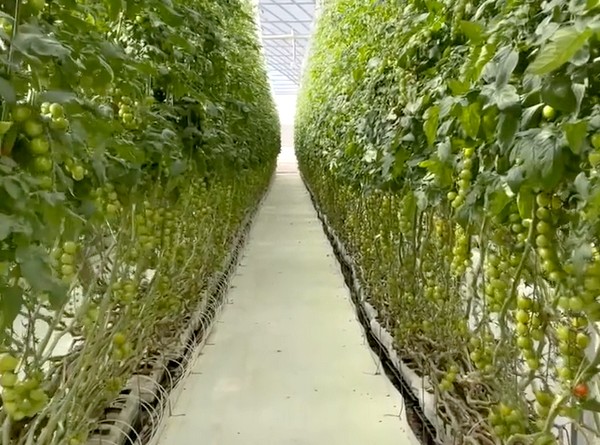 Rising Park
That’s why next year they’re starting with their major plan. A nearby 65 ha parcel was acquired and within 5 years a 48 hectare greenhouse will be erected there: Rising Park. Stage 1, the first 10 hectare will be realized this year – financed by the team of Rising Farms, who are currently rising its Series A round of funding to make it happen.

“Once it’s completed, we’re selling it to the real estate and lease it back. With those funds, we’ll build the next 10 hectare, and so on,” Pablo reveals. “By proving it’s a sustainable business model and by attracting good investors, we’ll open the doors further and gain the opportunity to grow more rapidly. By operating wisely and with a scalable business model, we want to become the biggest in Mexico. It will be the forefront of the new wave on how the industry will work in the future.”

He explains how labour and knowledge, two concerns for growers scaling their operation, are covered by their current stable and experienced team that will share their best practices and educate the newcomers. “The circumstances in Mexico are that good that we do not need glass greenhouses or expensive systems – we can do with simple techniques. We’re located in a temperature delta which means our heating system can be easier. Our goal is to do more with less: phase one will be a high-tech greenhouse on which we will spend less by choosing wisely.” 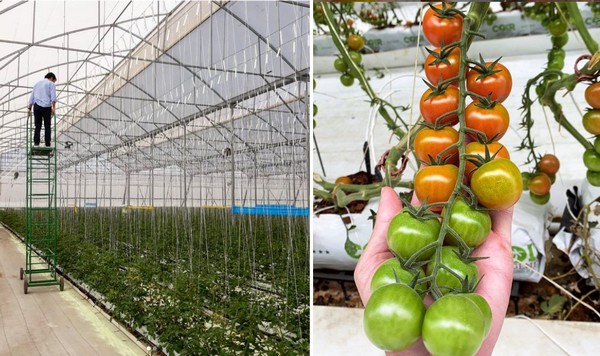 In the new greenhouse tomatoes will be planted, but in their growth plans, there’s room for diversity. “There’s many products currently not being grown by Mexican growers,” Pablo says. “Everyone is in veggies, which is a safe and big market with interesting markets and many clients, yet we also want to dive into areas that nobody’s looking into.” Flowers, for example. “The US currently imports most of its flowers from Colombia – 80 percent. I don’t see why Mexico can’t participate in that market: the climate is just perfect and we can transport them via truck instead of airplane.”

And there are more products that he believes the company can innovate in. That’s why once the new greenhouse is completed, the current 4.5 production greenhouse will be converted into an R&D Centre.

“Currently 70 per cent of the pickles imported into the US is from India. Why not Mexico? There are many interesting niches. We will be spearheaded in new niches to develop and continue to grow via these new products.”

"Things have been done the same way for 20 years in this industry," Pablo concludes. "We want to disrupt, think differently by applying models used in other industries to make this one very explosive and scalable."