Hungary: Fruit trees in the grip of frost

Just as other areas in Europe have been hit with freezing, wintery cold weather in the first half of April, Hungary has also experienced a turbulent period of rapidly changing weather, including freezing sub-zero night temperatures, seriously damaging budding fruit trees.

Apricot and peach harvests have now been substantially damaged along with other orchards bearing stone fruits as well as almond plantations. To make matters worse, the debilitating effects of the ongoing pandemic and a drought period are now also causing problems in the growing sector. It is now clear that this year, too, there will be fewer domestically grown fruits in groceries, however, experts say that since the start of the growing season is still 4 to 6 weeks away, and since other European countries have also been hit, it is too early to calculate how much fruit prices will go up in the summer months. (Last year, due to the extensive damages of spring frosts, the prices of certain fruits practically doubled by August.) 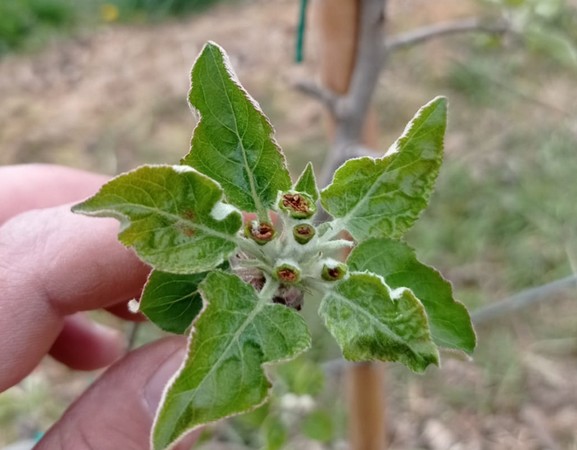 Agricultural portals in the country have been warning producers with forecasts of the coming cold. With the arrival of spring, circulation restarted in fruit trees and as the natural cycle of budding and flowering began, the dreaded spring frosts hit fruit production in the past weeks with full force.

Similar to French winemakers’ effort to save their vine crops with “crop candles,” the burning of open fires in Hungarian orchards is also possible. The Minister for Agriculture, István Nagy, has announced that the standing prohibition on open burning does not apply to crop-warming fires provided that the farmers notify the regional fire department.

Following the disastrous spring frosts of 2020, this year has so far been the third in a row where spring frosts have gravely hit the fruit harvest, and in turn, ruined producers’ prospects for profit. Stakeholders are now reporting that growers are nearing the end of their financial reserves. As the flowering of pome fruits, cherry, sour cherry, plums will start later in the spring, farmers are now anxiously keeping an eye on the weather because night frosts can pose a threat well into May.