Last week, Koppert Machines supplied a new radish bunching machine to Grimmway Farms in California. The Central Valley company is best known for its carrots, but also grows 65 other products, including radishes, all year round. This is sold under the label Cal-Organic. 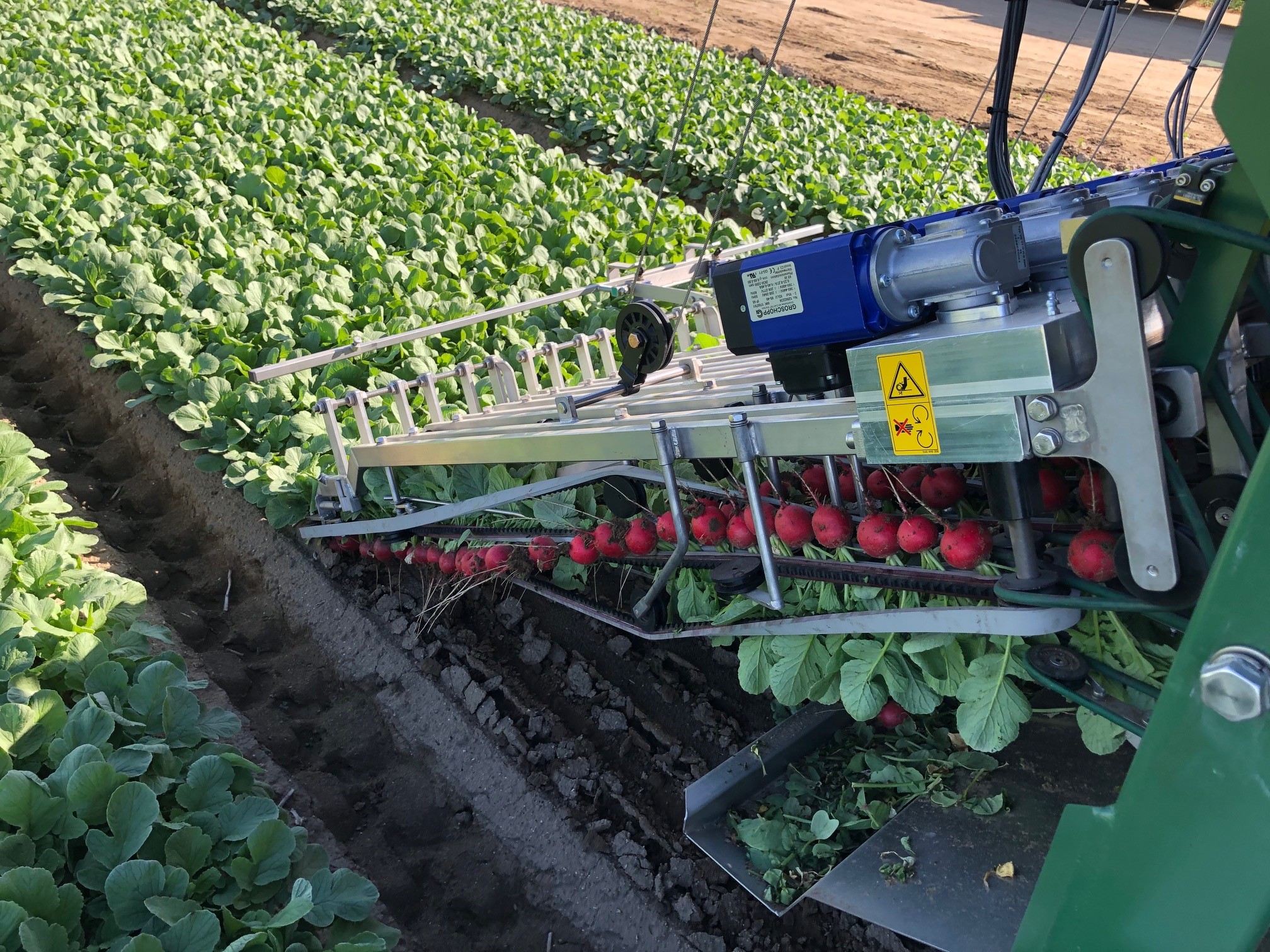 "It is fantastic to see those endless fields of radish", Paul Koppert looks back on his tour of California. "The United States is a large radish market anyway, but due to the lack of harvest workers, automation is becoming an increasingly important item. The workers mostly come from Mexico, but they are increasingly expensive and also difficult to obtain." 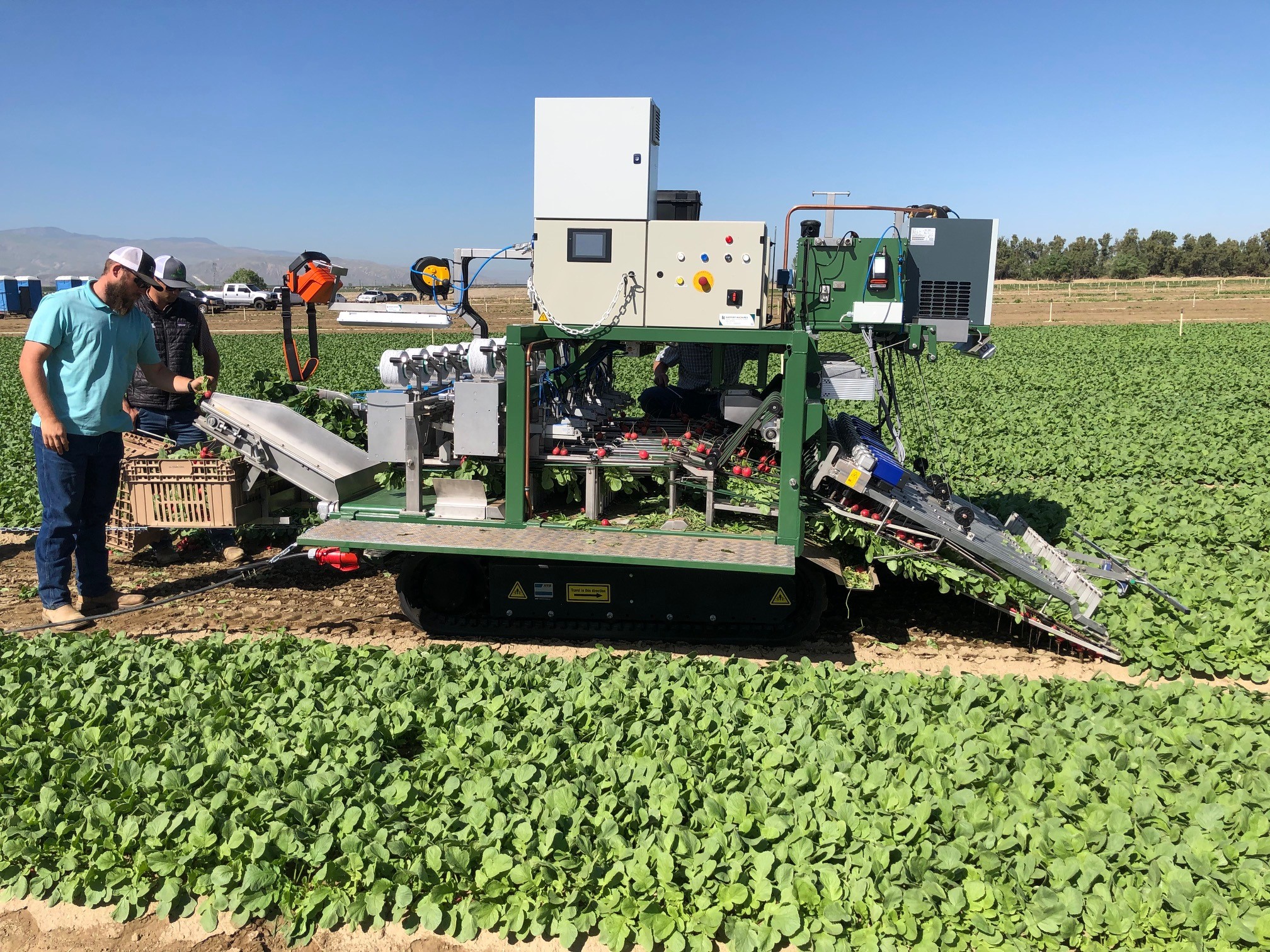 For Grimmway Farms it was reason enough to contact us two years ago for a seeder, followed six months later by a harvesting machine for loose radishes and a processing line for the colored and red radishes. Radish processing has been further expanded with the Koppert Machine bunching machine. "Several hectares of radishes are harvested per week, so the machine will certainly make its mark. Once it proves itself, it is certainly expected that more will follow," says Paul. 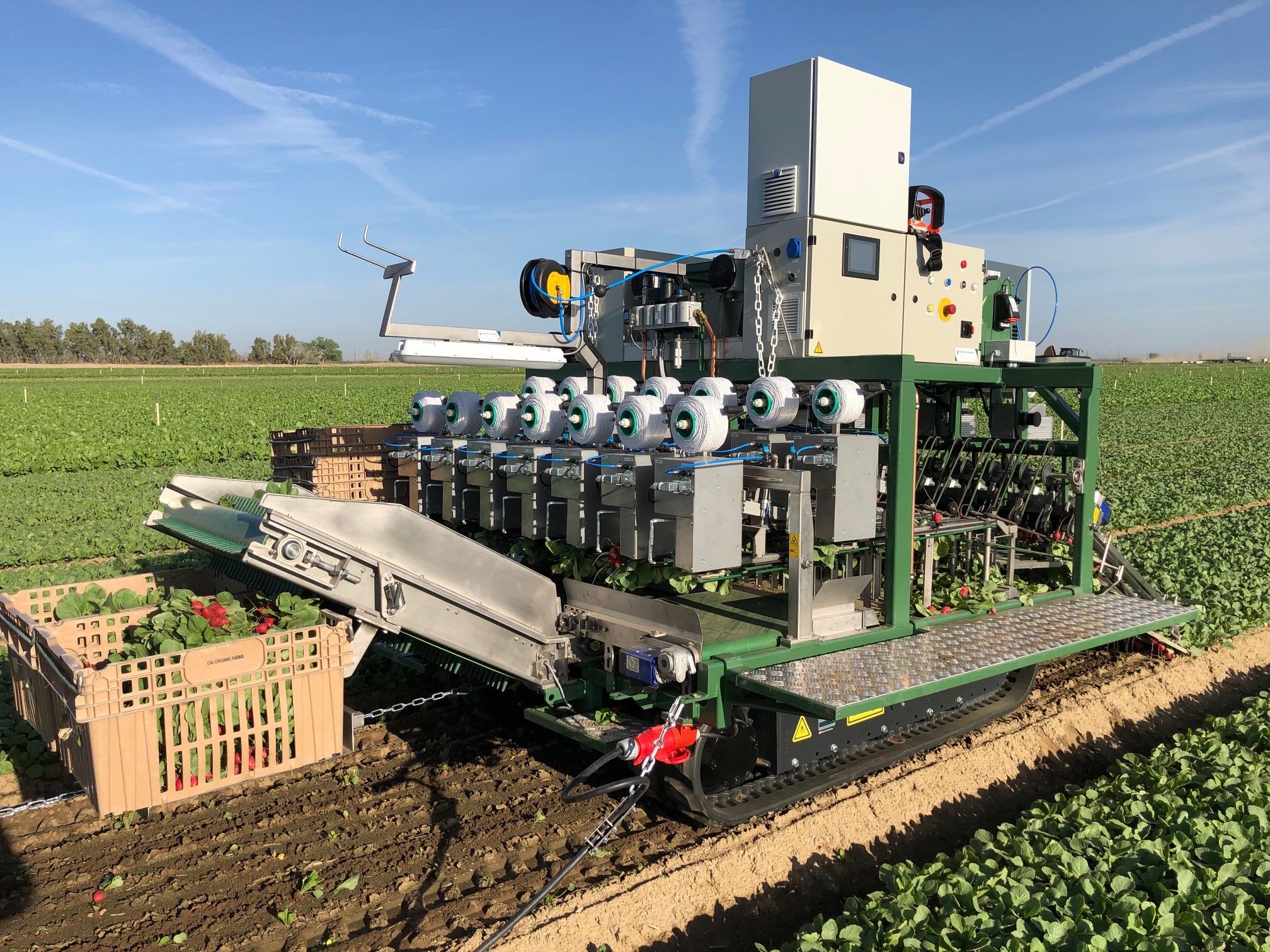 For Grimmway, the machine builder delivered a specific outdoor machine, suitable for bunching larger radishes. Likewise, the passageways between the 14 lanes are larger, which makes it an interesting machine for German radish growers. "Grimmway harvests in fourteen rows on a bed, supplying 4,000 bunches per hour with ten to twelve radishes on a bunch," says Paul. 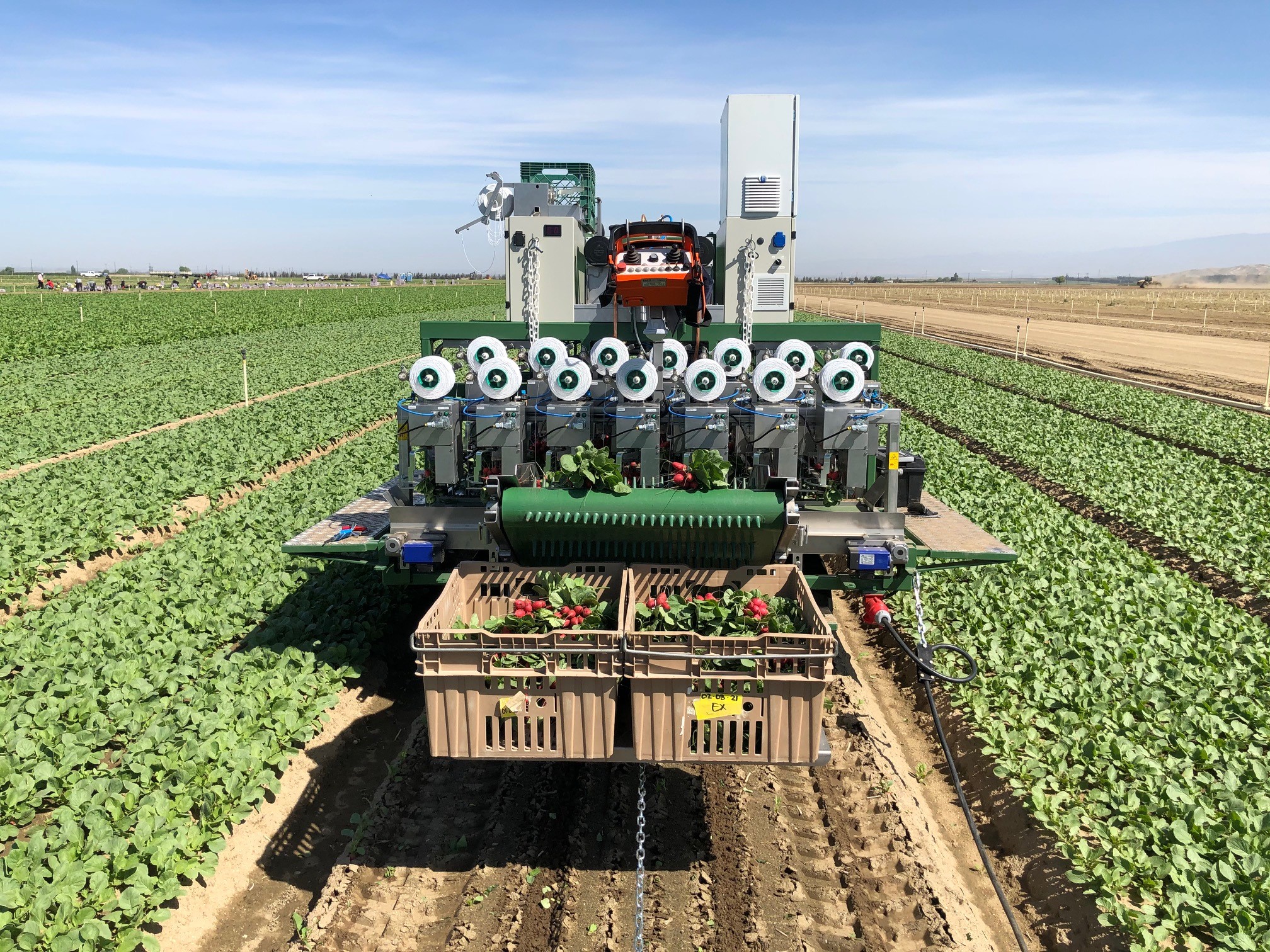 Unique to the machine is that it runs entirely on electric. In addition, Koppert has offered the possibility to place a generating set on the machine or to have the generating set ride along on a trolley behind the machine. "You are talking about plots with lengths of up to 400 meters, so that is more than in an average greenhouse. They can literally make meters", Paul concludes.