“When the pandemic has passed, we do not want to go back to normal,” says Kunal Kasera. “We definitely think we could go to some better place.” Kunal is the founder of Trufarm Co., an agtech company that has recently begun operations in the city of Kanpur in Uttar Pradesh, India. They currently own a 10,000 square feet farm growing exotic leafy greens which sells under their brand Freshgram. The facility also acts as an R & D hub for their various B2B clients. 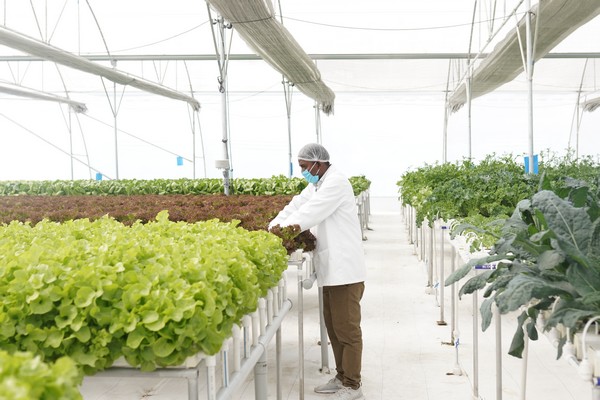 Although agriculture is the biggest sector in India, employing over 65% of the population, things are shifting. “Right now, horticulture in India is growing fast. Many new companies have started up, using modern technologies, which enables the growth of new crops such as blueberries, that previously couldn’t be grown in India,” Kunal says.

He believes these changes are for the best. “The beauty of CEA is that it eliminates most challenges for growers, as there are no external factors that influence the growth. We achieve an optimum crop yield, controlling all the parameters. I strongly believe that in the next few years, more and more traditional farmers will adopt protected cultivation because of its great benefits. The results will motivate more and more people to adapt to technology driven farming.” The TruFarm Co. is one of these technology driven companies. 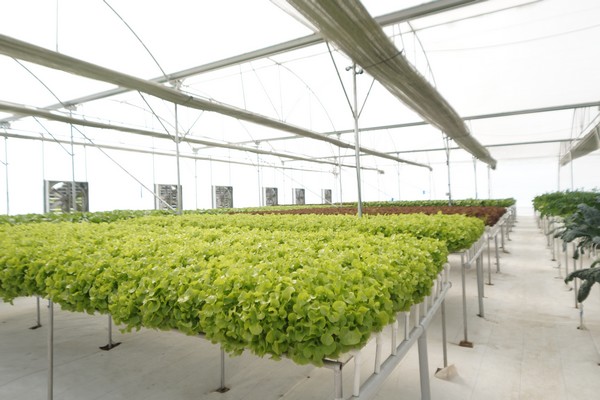 The Trufarm mission is to re-engineer the current food systems by bringing growing close to consumption. The company closely aligns itself to the SDGs laid down by the United Nations and recently also conducted a nutrition drive whereby they provided underprivileged kids with the most nutritious food.

“Right now, too much of our fresh water supply is used for traditional agriculture. We all know that water is scarce in many countries, also in India. With our system we prove that it is possible to use at least 90% less water for the same yield.”

Apart from leafy greens such as basil and parsley, the company has already begun trials for chillies, peppers, turmeric and strawberries. The plant genetics are all sourced from European breeders. Thanks to the closed systems, there is no need for chemical crop protection. This is one of the most important goals for TruFarm Co., as Kunal explains. “We carried out some research with local market produce, and found harmful chemicals on our spinach. The very spinach that is supposed to enrich our body with iron, makes us consume harmful substances as well.”

For that reason, one of Kunal’s objectives is to create awareness amongst customers. “I believe that many consumers are not aware of the benefits of eating good food. People can easily spend a 1000 Rupees on a branded t-shirt which only touches their body a few times a month, but they are skeptical towards buying a pesticide-free product for a higher price even though this will increase their immunity power in these testing times. For that reason, growers are hesitant to produce pesticide free food since they might not receive a decent price for it. Awareness among the masses about quality food consumption poses a challenge for Indian horticulture.”