This month, Coliman Group celebrates the company’s 58th anniversary. Founded by Mr. Custodio Aguilar in 1963, today the company is still family owned and managed by the Aguilar family. It wasn’t until 1978 that Aguilar’s son Jorge Aguilar Heredia, formally founded AGGALL Coliman Group with the inauguration of the first commercial center in Hermosillo, Sonora, in Northern Mexico. In 1999, the 3rd generation, Jorge Angel Aguilar Jr. entered the company. 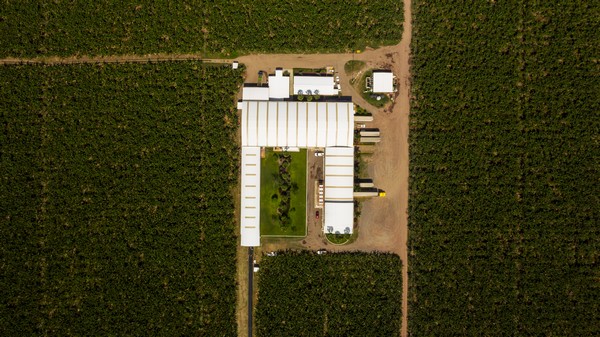 Banana exports
Coliman is best known for growing and marketing bananas. The company owns eight organic banana farms and two conventional farms that are all located near the city of Tecoman. “It’s a beautiful region with mountains near the sea, surrounded by paradisiac landscapes. However, it is also a strategic location due to the international connectivity and availability of world class logistics. That has supported us in leading the export of organic bananas in Mexico, reaching more than 10 destinations all over the world,” says Jorge Aguilar Jr., CEO of Coliman Group. “Our main destinations include North America, Europe and Asia.” The company exports about 4.5 million boxes of bananas annually. 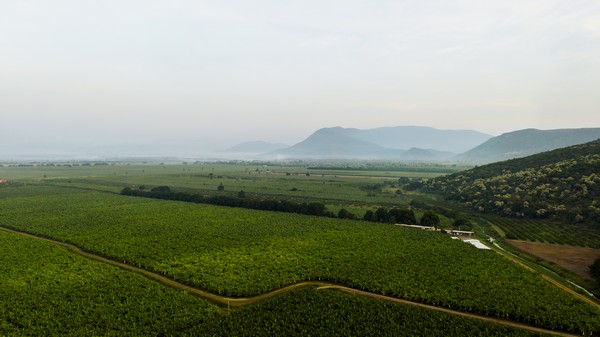 Locations in Mexico, US, and UK
Today, the company has commercial centers as well as distribution centers in Mexico and Mexico’s border states California and Arizona. Outside North America, Coliman also has a commercial office in the United Kingdom. To assure distribution of high-quality produce, a transportation company has been established in addition to the company’s farming activities. Currently, Coliman has 180 of its own vehicles on the road. 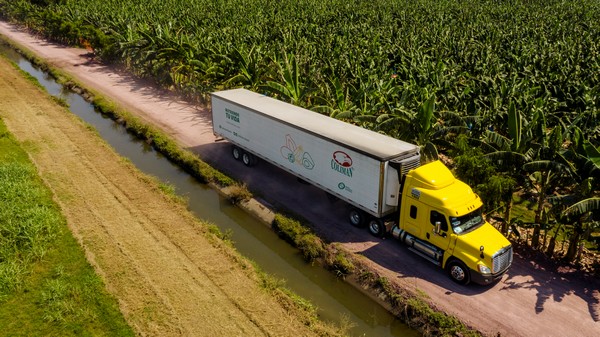 Social responsibility
Throughout the company’s history, the owners have always believed in social responsibility. “We are determined to provide our 2,400 employees with a healthy and safe environment that benefits their personal and professional development. We are confident that the success of the company is grounded by its workers,” Aguilar Jr. commented. In addition to its employees, Coliman Group also highly values the communities it operates in. Nutrition talks in schools, campaigns against child labor, school kits for elementary education levels, preventive health services, and pantries for vulnerable groups are some of the activities that have positively impacted more than 9,000 people, including employees and communities in the vicinity of the company’s production and distribution centers. 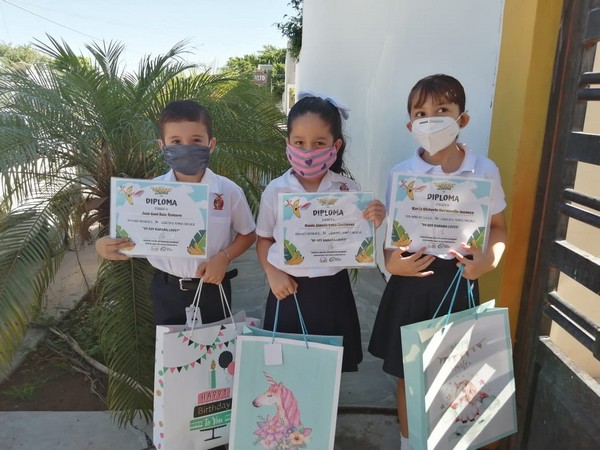 As part of its sustainability program, Coliman cares about nature. In 2020, the company planted 260 trees and a living fence with more than 3,000 native plants on their farms. In addition, 760 solar panels were installed to make energy consumption more efficient.

What does the future hold?
While the 3rd generation is leading the company, the values established by Coliman’s founder haven’t changed. The company is developing a new vision in which innovation, competitiveness, and global positioning of the brand play a key role. “The coming years will bring renewed focus on expanding our organic production, market development in targeted regions, direct customer relationships, continued investment in technology and deliver a great customer experience,” Aguilar Jr. said.

As part of product development, the commercial department is driving value-added proposals that include IQF Organic Fairtrade and Rainforest bananas, both bulk and retail packaged. In addition, organic green banana flour, developed for the growing gluten free market, and freeze-dried bananas as ingredient or healthy snack, are gaining in popularity.

Another goal for 2021 is to conquer the Chinese Market with conventional and organic bananas. “One of our goals this year is to obtain organic certification according to the Chinese standard,” says Audee Rios, Global Sales Director with Coliman. Now that there is a protocol for the export of bananas from Mexico to China, we are looking forward to exploring this new market and building out this opportunity," she said.