Belgian fruit growers and wine farms are struggling. Kiwi berry farmers are no expectation. "It keeps frosting at night and in the mornings. Unlike stone and top fruit, it's not kiwi berry blossoms that need protection. These plants are vulnerable to frost much earlier in their growth cycle. Dormant plants can tolerate temperatures of -25°C and even colder. But once the buds emerge, they become more sensitive," says kiwi berry expert, professor Filip Debersaques.

"Generally, the buds are susceptible to frost from mid-March. But that's different from year to year and regionally. First dark brown buds develop, which can still tolerate a few degrees of frost. But then the green leaves appear. These are still folded together. Once that happens, even the slightest frost causes considerable damage. That's if you don't take any measures. Currently, the flower buds aren't even visible yet." 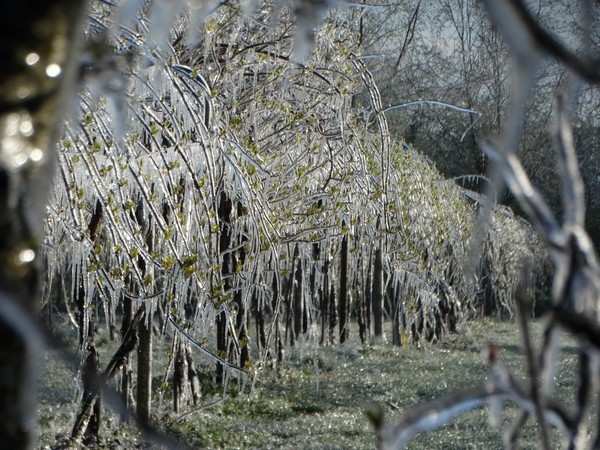 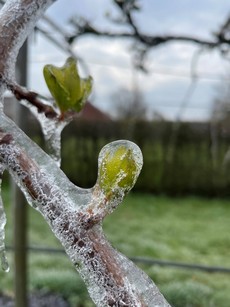 "Kiwi berry growers have been irrigating non-stop over the past few days and night. The warm March weather had boosted these fruits' growth. Daytime temperatures were 25°C with nights above 10°C. Then, within a week, these fell to below freezing at night. In some regions, it was icy in the evenings already," says Prof. Debersaques.

And in some areas, the ice sometimes only started melting at 10:00. There was a well-founded fear that the good growing weather had increased the kiwi berry plants' cells' water content. These could, therefore, potentially freeze faster.

A lot of water was needed to protect the buds. In some places, this led to the orchards becoming water-logged. These wet conditions cause additional concern. "Kiwi berry plants hate standing in water. So, this water might cause additional (root) problems, especially in the heavier soils." 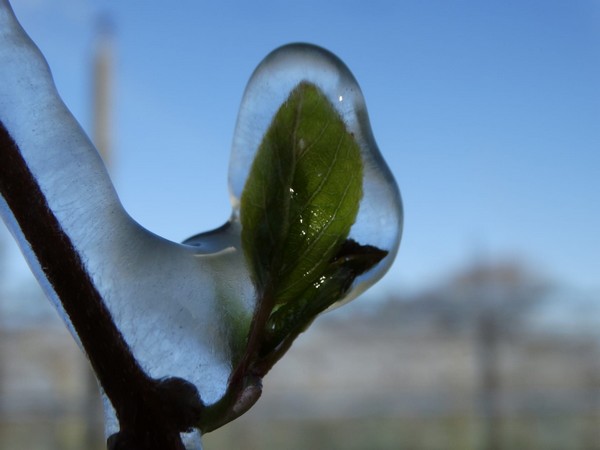 To avoid these issues, the farmers don't like to start irrigating too soon. That's not economically or environmentally beneficial either. "But the kiwi berry growers know what they're doing," the professor continues. "So far, frost control in this crop is working quite well. Yield losses are expected to be rather limited." 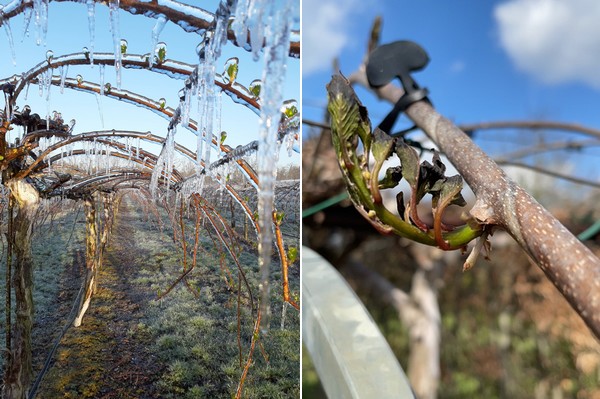 "Slightly warmer weather seems to be on the way. But there's still a ways to go. Despite the many sleepless nights, Belgian kiwi farmers continue to work confidently in securing their yields. They want to provide consumers with this great fruit from September onwards," concludes Professor Debersaques. 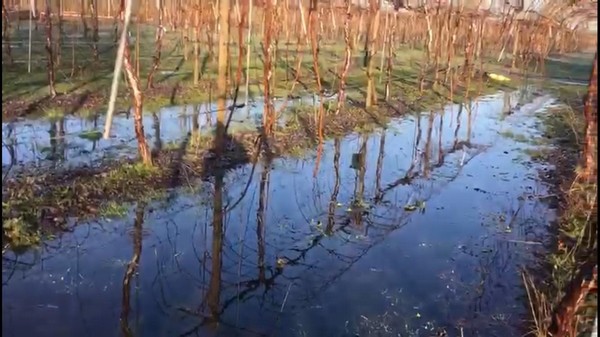