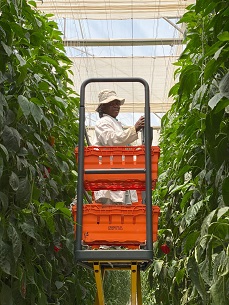 NatureSmart was established last year to facilitate the growing fresh produce trade between Namibia and South Africa. It makes sense for Namibian growers to enter the South African market since labour and pack-at-source costs are much lower in Namibia than in South Africa.

Namibian table grapes form a very important part of their portfolio, but a growing side to their business are salad bowl vegetables and salads, grown in Namibian greenhouses and exported to South African retailers.

Twenty year-old Greencrisp Farms started off growing seedlings for other farmers, but soon Liza and Anton Koekemoer saw that there was a gap in the Namibian market for controlled atmosphere salad production. They established 3,5 hectares of all-solar greenhouses just outside of Okahandja, 65km north of the capital Windhoek.


Another 2ha of pepper greenhouses were added last year, engineered and supplied by Bosman van Zaal. 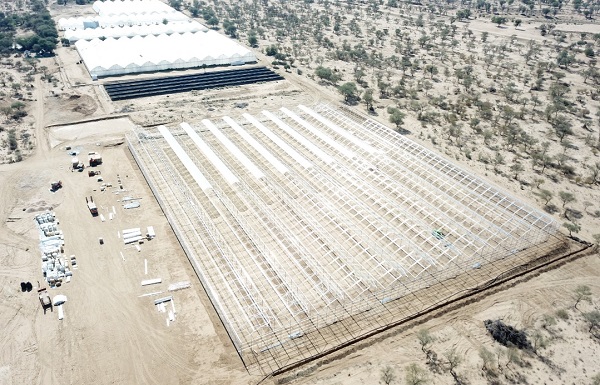 They will soon complement their peppers, cucumbers and lettuce (the latter only for the domestic market) with specialty tomatoes for export to South Africa.

“When you grow salad, you have to offer the total salad bowl,” Wilene remarks. “In Namibia more people are following the increasing trend of plant-based diets.” 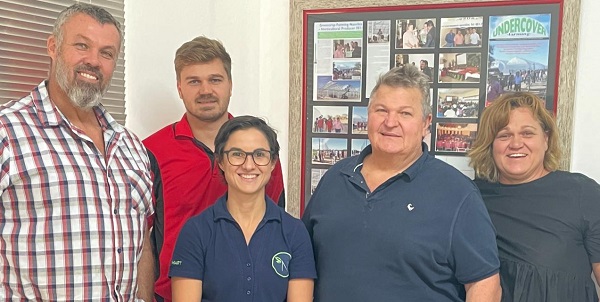 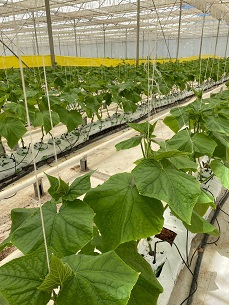 The Namibian government has been keen to develop local food production, in support of which the Namibian Agricultural Board periodically closes the country's borders to fresh imports from South Africa, in order to protect the market share of local producers.

While Namibian producers have welcomed this protection, it may stifle export growth to some of their other neighbours, like Botswana.

Namibian retailers are legally obliged to first procure their fresh produce from domestic growers, a move which has supported the development of local producers like Greencrisp Farms which, together with Sonop Farms in Noordoewer on the banks of the Orange River, fully supply the domestic salad bowl demand. 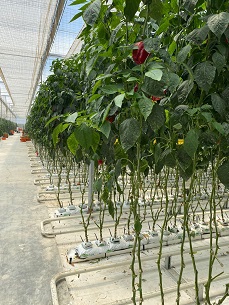 The pension fund noted that Greencrisp Farms employs up to 140 employees, mostly women, during peak times.

Right: Namibia has become self-sufficient in peppers and cucumbers

As in South Africa, agricultural diversification is a big driving force in Namibia with significant development in date production while there's rising interest in growing traditionally imported crops like apples and citrus.

“Agriculture is proudly here to stay and grow in unison with the African continent,” Wilene remarks.