A.P. Moller - Maersk to hasten the pace of its AE19 service from Asia to Europe

In response to the increasing customers' demand for Asia/Europe routing options, Maersk is picking up the pace of its AE19 service -a combination of a short-sea and intercontinental rail service between Northern European ports in Finland, Poland, Germany and Scandinavia and ports in Korea, China and Japan.

From now on, trains leaving North Europe with destination to the Russian Far East -via the ports of St. Petersburg and Vostochniy- are upgraded from fortnightly to weekly and trains coming westbound are scheduled four times a week,  up from thrice a week. To be able to carry growing volumes from Asia shippers Maersk will be deploying additional vessel between Pusan and Vostochniy.

“AE19 enjoys one of the highest service reliability levels among intercontinental and ocean liner services, and it is quicker than Suez routes,” highlights Zsolt Katona, Head of Maersk Eastern Europe.

The transit train is crossing the territory of Russia in 12 days from the Baltic Sea all the way to the Russian Pacific Coast, resulting in an overall transit time between Europe and Asia of 25-30 days.

“The rapid expansion of AE19 and the transit shipments between Asia and Europe became possible thanks to the increased trust of our global customers. This Russian transit has been able to stand by its schedule, delivery times and swift transit clearance in ports despite both the impact of COVID-19 and the vessel blockage of the Suez Canal. It's creating firm ground for further expansion of trans-continental transit via Russia in the future,” adds Zsolt Katona.

Proven as a viable and reliable alternative solution for all kinds of goods -including reefer and hazardous items- transported between EU and Asia, the AE19 services was launched two years ago and it has since then, steadily increased its frequencies. Maersk envisages the possibility to continue scaling up the service to meet the growing demand of Asian as well as European customers.

The AE19 was launched in July 2019, based on infrastructure of Russian Railways (RZD) together with partners – terminal operators Global Ports Inc and rail provider Modul. 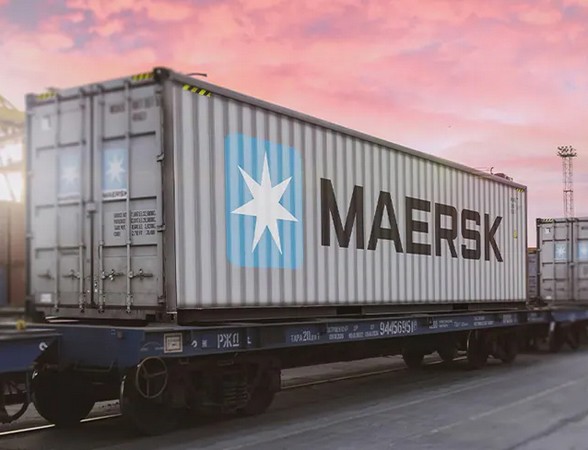 “We are happy that our partners and customers consider Russian Railways (RZD) a reliable link of global supply chains, which is evidenced with substantial growth of transit shipments between Europe and Asia via Russia. RZD together with Maersk will keep on working on further improvement of speed, capacity and sustainability of this joint product,” highlights Alexey Shilo, Deputy General Director of Russian Railways.

Transportation on the AE19 is covered with Maersk regular Bill of Lading and it is available on Maersk standard booking platform, which simplifies customer bookings.