Demand for courgettes reduced by half

"It has been an abnormal year for courgettes, both in terms of crops and sales. Until mid-February, the weather conditions did not favor the growth of the crops, but now it seems that the quantities are increasing. The problem is that the market is not responding well. In terms of prices, we are down about 40% and demand reduced by half compared to last year, during the same period," said Guido Scarsella of Coop Garibaldi Terracina (Lazio, Italy). 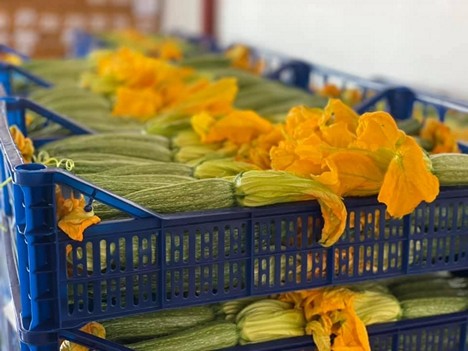 Courgettes are still widely consumed by Italians who, depending on the area, have different preferences. In Lazio and Tuscany, people prefer the romanesco courgette, while in western Italy the preference goes to light zucchini and, in eastern Italy, to dark green zucchini.

"This year we had to deal with a market that was impacted by the presence of foreign crops, especially for dark courgettes. As a result, demand and prices dropped. This was reinforced by the Easter break." 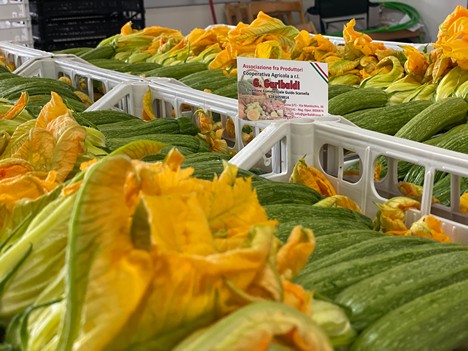 This year, cooperative Garibaldi celebrates its 54th anniversary and has 12 members, all of whom work in the municipality of Terracina, in the province of Latina. The total area devoted to vegetables is about 20 hectares. Crops are grown both in open field and in greenhouses. The main production of the cooperative is based on courgettes, which are grown, processed and marketed all year round. 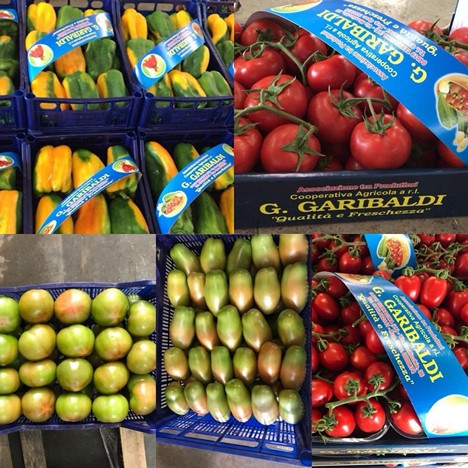 The courgette season extends over 12 months, with a cultivation plan that includes 40% of romanesca, 40% of light courgettes and 20% of dark courgettes. The crops are grown under greenhouse in the period from late September/early October to June, while in summer months they are grown in open fields.

The main crop produced in summer is represented by tomatoes, but cucumbers, eggplants, peppers and melons are also cultivated. Spring crops include also strawberries and asparagus, in addition to courgettes. 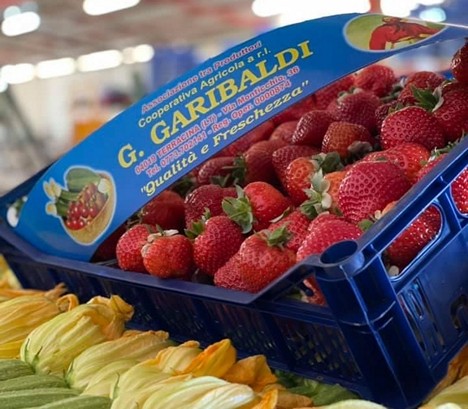 "We work largely on a national scale, supplying 70% of our vegetables to the markets and retailers of northern Italy. As we seek to expand our commercial relationships with the latter channel, we plan to expand the growing areas to ensure a wider and more competitive selection." 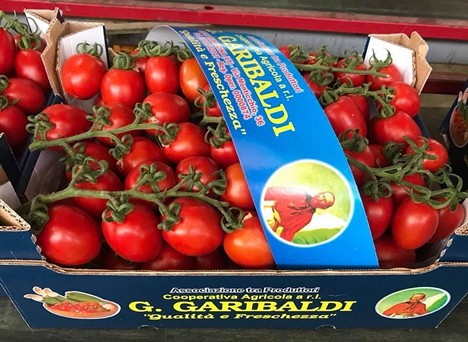 "We are very satisfied with the zucchini flowers. Many growers consider this crop a waste of time, but for Coop Garibaldi it is important to increase its value because it gives us a lot of commercial satisfaction and also represents 15% of our turnover."

Environmental care is a crucial aspect for all Garibaldi's members, who cultivate using integrated pest management methods. The production is based on natural pollination, which takes place by means of bumblebees. 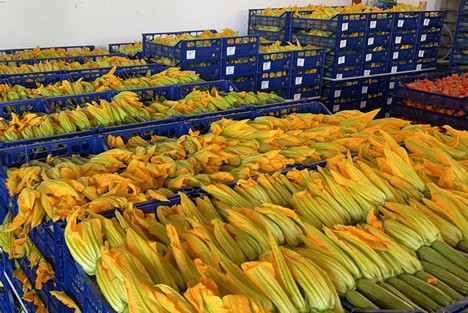 "Freshness and quality represent the added value of the crops grown by the cooperative. They are harvested early in the morning, and then the vegetables are processed and packaged and shipped with refrigerated transport systems. Quality is constantly monitored, thanks to the tests carried out on a daily basis. For the future, we aim at crop diversification and therefore at expanding the area under cultivation and also at establishing new commercial partnerships," concluded Scarsella.