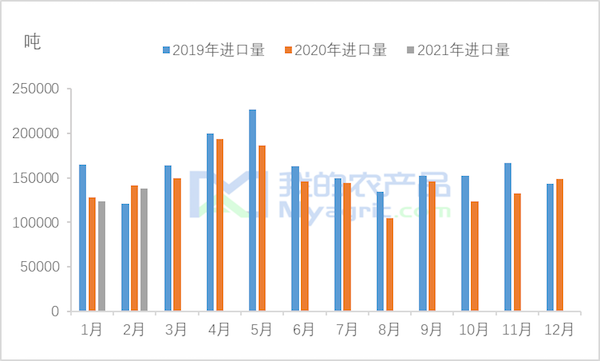 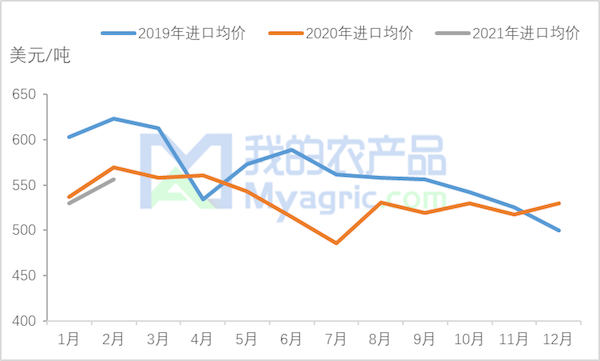 As shown in the figure, the average import price in February 2021 was significantly lower than in previous years, down 2.28% year-on-year and up 4.91% month-on-month. The main reasons for the slightly lower prices are slow sales and sufficient supply of imported bananas. 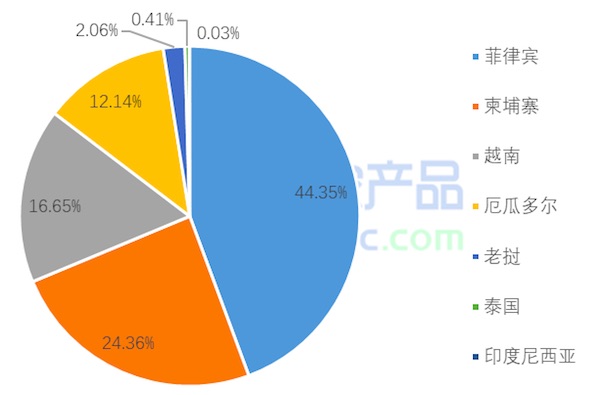 Customs data show that as of February 2021, China’s largest source of imported bananas was still the Philippines. Exports from this country accounted for 44.35% of China’s total banana imports. Cambodia was the second largest, accounting for 24.36%. Vietnam, the third-largest exporter, accounted for 16.65%, and Ecuador became the fourth largest exporter, accounting for 12.14% of the total.

The current market is weak, shipments in production areas are slow, and prices remain at low levels. Mainly due to the weakening of consumer demand, supply is slighter larger than demand, and there are no favorable factors in store. The purchase and sales of imported and local products are average. It is expected that the recovery of consumer consumption levels will be slow, and it will take some time for the market to improve. In the meantime, the market will remain weak but stable.