"A year marked by day-to-day expectations of improvement"

"The 2020/21 Italian orange campaign started off under pressure and now seems to be ending worse. It was a year marked by daily expectations of a change of weather and increase in demand," said the company Martucci of Massafra (Taranto), specialized in marketing citrus fruits in Europe, which has officially closed the 2020/21 season. 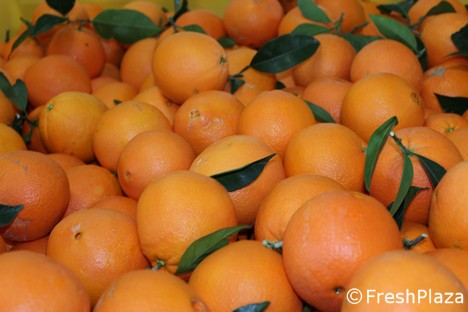 "We finished in the very first days of April. We were supposed to go on for a few more days with the last quantities of blond varieties, but the market seems not to prefer them. Compared to last year's campaign, the current one has certainly been longer due to higher volumes available, despite the medium-small sizes. However, it was a difficult year, without enthusiasm and with very low consumption. The sanitary situation has only made things worse. Countries abroad requested very low volumes, too. We would have liked to have seen greater interest from Poland, Hungary and Slovenia, as we did in past years, when dozens of trucks left our warehouse every week towards these countries".

"In nearly 5 months of sales, we had an average price of about 0.15 €/kg, almost half that of last year, but what worries us are the volumes. This year we marketed about 900 tons of Tarocco oranges, while in 2019 they amounted to more than 1,500 tons. The blond varieties amounted to 400 tons sold this year, compared to 900 in 2019. All that remains now is to wait for the next campaign, hoping that the flowering goes well and that the weather in the coming months is on the producers' side.”