The scenario in the north of Italy

From Piedmont to Tuscany, heavy losses of stone fruit and damages to kiwi and pome fruits

The low temperatures in the north of Italy are causing increasing concern. Below is a partial statement of damage, for each region.

Piedmont
In the Monregalese area, in the province of Cuneo, the fruit-growing area par excellence, temperatures have dropped to -3 °, with conspicuous frosts together with advection fog, radiation fog, and minor snowfalls. This was reported by the technicians of Coldiretti's agenzia 4A who are monitoring the situation alongside farmers in order to recommend possible solutions against frost. The frost alert continues, as new phenomena are expected at least until Friday. 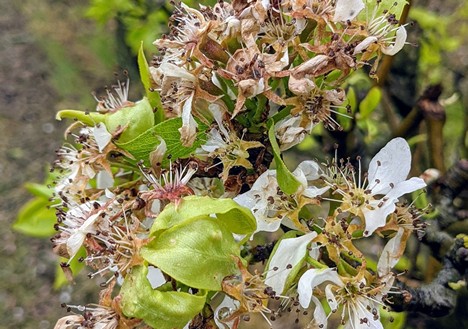 Veneto
The early morning frosts on these days risks burning the buds and the fruit of peach trees, apricot trees and plum trees. Particularly, in the Monselice, Conselve and Colli areas. "Temperatures as low as 3 °C below zero are not in line with the seasonal averages. In these hours we are receiving many reports of damaged crops. However, it is too early to assess the impact of the weather," explained Tiziano Girotto, director of Condifesa Padova.

Emilia Romagna
The fruit growing areas of Modena, Ravenna, Bologna and Forlì-Cesena are experiencing freezing nights. What had survived after the last wave of frost on 18-20 March has now been lost. 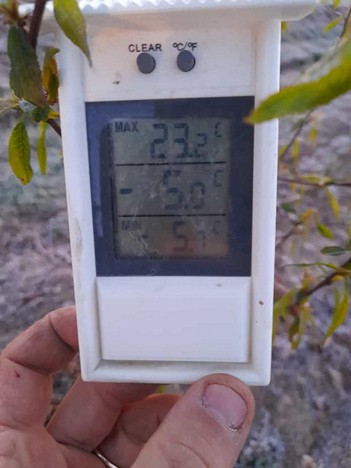 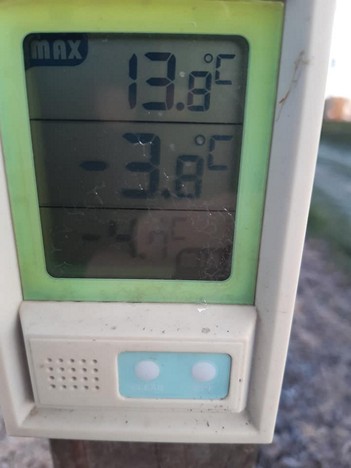 Photos by Fabiano Mazzotti on 8 April 2021, province of Ravenna

On 8 April at 6 am the lowest temperatures recorded were nearly -5.0 °C in the area surrounding Copparo (Ferrara), -4.3 °C in Jolanda di Savoja (Ferrara), and 3 °C below zero in the province of Modena.

This year fruit from Romagna will probably disappear from market stalls, and the same goes for cherries from the Vignola area. "The sudden and prolonged drop in temperature - from the midnight of Wednesday until the morning of Thursday, with extreme temperatures down to -6 degrees Celsius in the plains - accompanied almost everywhere by heavy rainfall, night frosts and snow, even in the hills, has affected the entire region," said Confagricoltura Emilia Romagna. 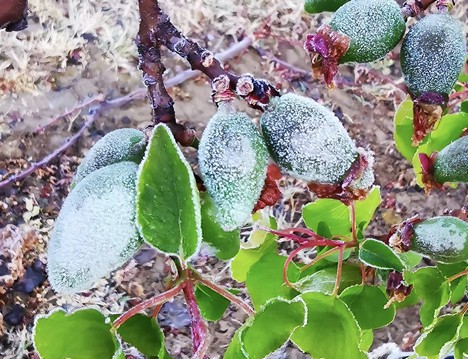 Little or nothing will be harvested from apricot, plum, peach, nectarine and cherry trees in the in plain and hills between Rimini, Forlì-Cesena, Ravenna up to Bologna, Ferrara and Modena. The damage also occurred on the already sprouted kaki and kiwi plants, both yellow and green, especially in the farms without an anti-freeze system and anti-hail nets. Rains and humidity have accentuated the effects of the cold temperatures on flowering fruit species, such as apples. Damages were reported also on pear flowers' ovaries.

Antenore Cervi, president of Cia Reggio, highlighted how structural interventions against frost (such as nets or fans) are only "partially effective. This is why we ask to review the insurance policies considering the climate changes that strongly penalize not only Reggio's agriculture but also the whole Emilia Romagna. We ask for urgent and concrete solutions for farmers". He also urges a proper agriculture agreement on a regional level, that include "immediate benefits for those who have suffered damages such as a moratorium on mortgages or non-repayable loans".

Tuscany
Seven frosts in a month and entire crops burned by frost. To date, the Tuscan fruit and vegetable sector counted an estimated 80% loss of apricot production and 70% to 50% loss of nectarines and peaches. "This is a dramatic situation, it is the third year in a row that we record huge damages, but this 2021 is worse than the others", said Antonio Tonioni on behalf of Confagricoltura Toscana and president of the fruit and vegetable sector. Minus 5.3 degrees were recorded in Valdichiana, where the largest fruit and vegetable production in Tuscany is concentrated, and up to minus 3 on the coast, between Livorno, Grosseto and Pisa. Now the focus is on apple and pear trees in full bloom. "Another frost would be disastrous," continued Tonioni.

However, it is too early to estimate the damage. "We can already state that they exceed those of 2020. This year's frosts hit the countryside already in bloom because of the warm temperatures in February. We have to wait until May to ascertain the actual losses, once we can determine whether the fruit left on the trees is good or will fall because it is irreparably damaged."