As the labour shortage across New Zealand hits crisis point as fruit harvesting is at its peak – Exporters, Growers, Food Companies and industry leaders make a desperate plea to Government for a plan to allow Pacific Island seasonal workers to return later this year.

At a media conference in Hawke’s Bay, they called on the Government and Immigration Minister Kris Faafoi, for a plan that would allow more Pacific Island workers into the country to avoid the devastating impact which is happening now.

Due to the shortage of labour, thousands of tonnes of fruit has been left on trees and the apple industry alone is already predicting losses upwards of $600 million to provincial New Zealand economies as the national crop forecasts are 14% down on 2020.

Small orchardist and exporter, Bruce Mitchell whose family has been orcharding for over 5 decades left six blocks of Royal Gala apples on the trees as he couldn’t get anyone to harvest them. 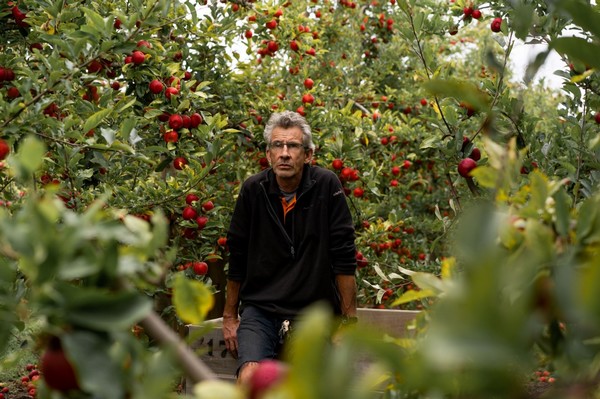 “It’s so devastating to see the best Gala apples I’ve grown just rot on the ground because we didn’t have anyone to pick them. I was desperate and did everything I could to find people to harvest the apples, but on the day, we started, I was expecting 20 pickers and only two people turned up so we physically couldn’t pick 40% of the gala crop.”

Mr Mitchell is among hundreds of small to large orchardists and exporters who have either left export quality fruit on the trees or have compromised quality as the fruit hasn’t been picked at the optimal time.

“We can’t continue to spend money on keeping our business alive without a guarantee of labour in the future. It’s just not possible,” says Mr Mitchell.

New Zealand Apples and Pears CEO Alan Pollard says he’s already aware of leases not being renewed, blocks being pulled out and not being replaced, and new tree orders being cancelled.

In November 2020 the CEOs of NZ Apples and Pears, NZ Kiwifruit Growers Inc, Summerfruit NZ, NZ Wine, Horticulture NZ, along with the Chair of NZ Master Contractors, made a submission to Government for the return of RSE workers to New Zealand. The submission indicated potential direct losses of up to $1.1bn, and a labour deficit of 11,000 workers across horticulture and wine in March 2021. 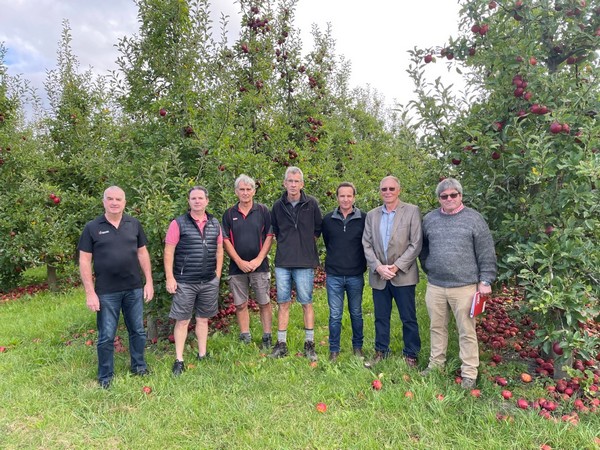 “Now that the harvest is at its peak these labour shortages are a reality and we are seeing devastating consequences for many growers and exporters, including a serious impact on mental health and resilience,” says Mr Pollard.

“We cannot have a repeat of what has occurred this season. We estimate that we need at least 21 weeks from a government decision to the time that the workers need to be deployed, so there is real urgency to find a workable alternative solution.”

Watties Agriculture Manager, Bruce Mackay says Watties rely on locals, backpackers and those with seasonal work permits for seasonal work in the factories, but this season the labour pool has been stretched thin and far. He says the Hastings factory has been up to 50 people short each day.

“We have been shutting down production lines to redeploy staff and keep other lines running, and processing half the bins of some crops in a day that we usually would. Some of our processes are highly mechanised and have been able to continue, but we still need the key staff; the graders and inspectors, quality controllers and supervisors. This backlog created by the slow throughputs has meant the season has been pushed out, with a real risk to quality. We had to sell one of our corn crops elsewhere as we were unable to process it.

“It is the last straw for some of our fruit growers who will be removing their trees after the season, so it’s not just a loss for this season, it is a loss of future production as well.

“This season absentee rates have been extremely high. On any given day we can’t guarantee who will turn up to work. There are a quorum of staff who are always there for us, but the additional numbers we need for the peak of the seasonal processing, from January until April have fluctuated a lot. These staff have all been recruited and trained, but for whatever reason, they just don’t come to work.

“We need some understanding of the situation going forward so we can plan and make decisions for next season. We are already trying to lock in our planting schedules for September.”

Yummy Fruit Owner, Paul Paynter says his harvested crop will be down 25% due to the labour shortage. They have left apples on the trees and been very short of staff in the packhouse. 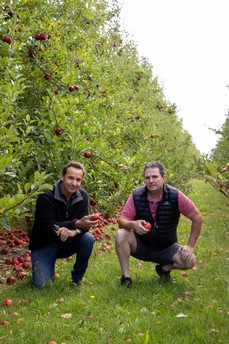 “The RSE scheme has allowed us to grow our businesses. We have increased our permanent staff 70% over 7 years. This is the first year in more than a decade where the number of permanent employees will drop. If you don’t have the crop, you can’t maintain the staffing levels. It’s as simple as that.”

“No matter how hard we’ve tried, we have struggled to recruit New Zealanders to our cropping fields, orchards and packhouses. We cannot continue like this. The impact endured this season was avoidable and foreseeable. We cannot get through another season without the certainty of labour.

“We need the Government to announce a plan for the return of RSE workers from Covid Free Pacific Island countries and work with us to allow more Pacific Island Workers into New Zealand.

“We urgently need a plan for 2022 to avoid the carnage we have seen this season. With such low unemployment rates, there are not enough New Zealanders available for work. We’ve created tens of thousands of permanent full-time jobs through the RSE Scheme and without seasonal workers the fabric of our communities is at risk. We cannot continue to operate on a knife edge.”