Chiquita has launched “30BY30,” a program to reduce carbon emissions in its operations by 30 percent by the end of 2030.

This initiative has been submitted to the SBTi (Science Based Target Initiative). The SBTi will be responsible for measuring and reporting on Chiquita’s progress. Chiquita is also proud to have its goals and progress independently checked and verified by the SBTi.

In early 2020, Chiquita commissioned a Carbon Footprint Study to identify the key areas of focus for carbon emission reduction in line with the Treaty of Paris. This paved the way to engage with the SBTi to ensure an independent review of the brand’s stated goals and progress. Chiquita feels progress against its goals (or indeed any shortfall) should be monitored. 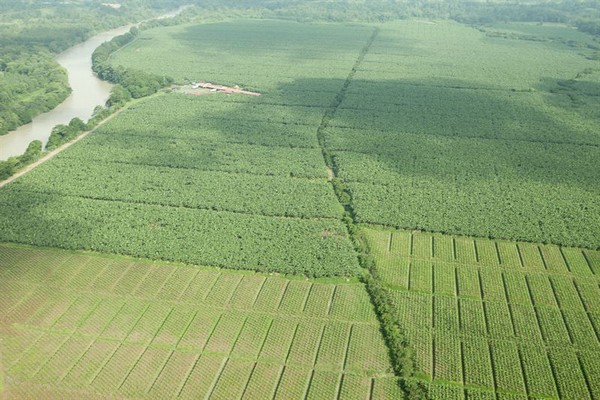 Chiquita's new “30BY30” is a program to reduce carbon emissions in its operations by 30 percent by the end of 2030.

Chiquita has a fully detailed road map until 2030. Clear objectives have been set to reduce energy consumption, moving to greener electricity using solar panels or wind turbines, replacing diesel use by switching to biofuels or electric vehicles as well as reducing nitrogenous emissions from fertilizers among other initiatives. Achievement will require investment and cost as well as working smarter.

Chiquita strives to be ‘farmers at heart’ and farming bananas is the core of its operations. “We care for our planet and our place in it,” says Carlos Flores, president of Chiquita. Having farmed in Central America for more than 120 years, Chiquita has witnessed that the climate is changing. Global warming brings erratic rainfall, hurricanes and flooding which negatively impact the livelihoods of its employees, their families and the communities where they live, as well as consistent product availability for the brand’s customers and consumers.

This carbon initiative is just one part of Chiquita’s overall approach to tackling climate change which sits within the three focus areas of the Behind the Blue Sticker approach to sustainability. Through the Farmers’ Code program and with systematic farm rejuvenation and re-engineering, Chiquita is making them as carbon efficient as possible. With the Being a Good Neighbor program, Chiquita invests in the social infrastructure of communities, undertakes reforestation and protects biodiversity through community projects. The Nogal Wildlife corridor in Costa Rica and the San San Pond Sak wetlands project in Panama are two longstanding examples. As part of the For the Greater Good program Chiquita hopes its “30BY30” will inspire others to follow with their science-based carbon reduction targets.

For Chiquita, this “30BY30” engagement marks an exciting milestone in its long-standing commitment to sustainability.