Yarrabilba is a 2,062-hectare purpose-built town in South East Queensland, and the project, which is being co-ordinated by the Food Agility Cooperative Research Centre, started in 2009 is expected to run until 2042, with a predicted 17,000 households and a 45,000 population. One of the project partners Lendlease told the Food Agility Summit 2021 that a key part of the project is developing a local food community based on circular economy principles.

"This is more than just a bunch of residential lots, this is a town," Lendlease Sustainability Manager, Karen Greaves said. "There was basically nothing on this site prior to us starting this project, so it was a former pine plantation. So, we had the question of how do we service it with everything that it requires, and we saw it as an opportunity to say what does the town of the future actually look like - what do they need? We started to look at not just sustainability as it is currently done, in terms of saving energy, water and reducing waste but how do we connect these systems up and bring them together. We have developed a circular economy strategy for Yarrabilba; it not only looks at waste but energy, water, materials, transport, agriculture - so all the flows in and all the flows out." 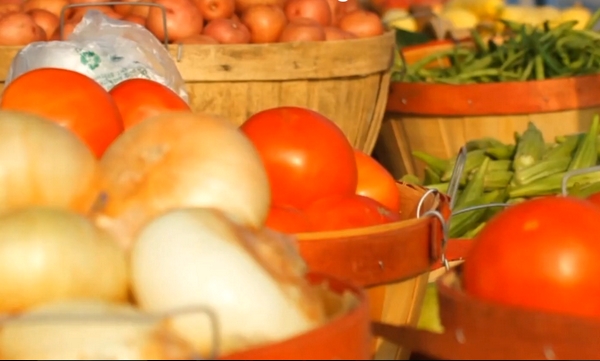 Lendlease is partnering with Queensland University of Technology, and Associate Professor Carol Richards says there is an increasing need for circular economies to assist with food security, lowering greenhouse gas emissions and reducing food waste.

"If global food waste was a country, it would be the third-largest greenhouse gas emitter after China and the United States," Dr Richards said. "So, we have a problem with food waste, but we also have a new and emerging community where there are issues of food insecurity. We have to think about, even with the COVID-19 situation, the situation with supply, accessibility, whether people can get to where food is available and if you have the money to sustain yourself and your family."

Dr Richards added that the Yarrabilba project is still in the first stage, which will run for three years, where researchers are trying to digitise the process and developing a prototype community composting system that tracks compost contributions from businesses and residents.

"The idea is to collect the soils, collect the compost, start to develop programs to grow food then scale that up to encourage people to be involved in small scale start-ups or entrepreneurial activities around growing food, value-adding to food - even converting food waste to compost," she said. "Further on, we are also looking at cooking because we are talking about a community that has certain challenges in terms of socio-economic levels, as well as food and nutrition." 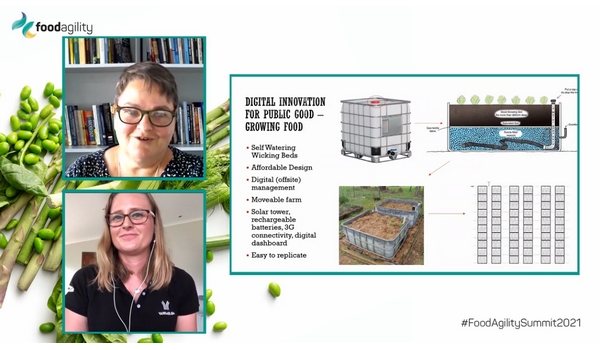 One of the first trials being run as part of the project is a composting trial at the local secondary school. Data scientists have created an app to help make data available to community members. It will include information regarding Ph levels, moisture, temperature and methane output in a dashboard. Down the track, Dr Richards says it could lead to small-scale food production enterprises where goods and services can be exchanged via digital platforms.

In terms of food production, Dr Richards explains that the aim is to have people engaged in food growing who do not have access to such resources in their local communities - and there are already some positive results on-site.

"We need to make it cheap and affordable, easily accessible and have materials that people can access quite readily," she said. "We have also found as we progressed that we really need to have a design that is moveable. So, we came up with a 'Self Watering Wicking Bed' system. We can turn intermediate bulk containers into growing beds by cutting them in half, putting scoria at the bottom and soil at the top. We actually had a lucky accident, in terms of efficacy; we had to abandon the site when COVID hit for a few months, and when we came back, the vegetables were doing fantastic. So, in terms of using basic technology, they have worked well for us. So, at one end we have high-tech solutions to some of the problems around growing food, and at the other we have easy to create growing beds."