"Our German chicory farms let us access that market" 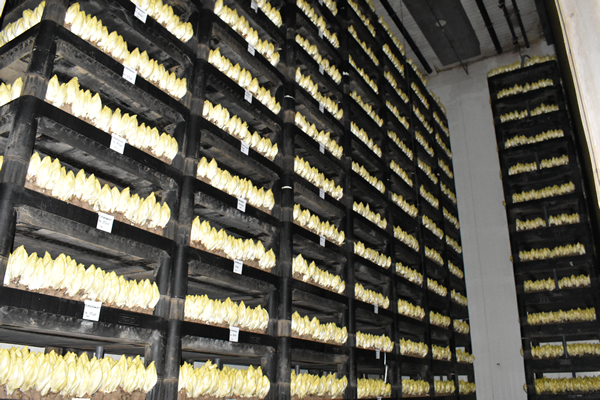 "We set a trend by farming indoors, vertically, and in water, all at the same time," laughs Gerwin de Vries van LOF, a Dutch chicory nursery. Nevertheless, chicory's image hasn't been great in recent years. "It's become a bit of a forgotten vegetable." Gerwin hopes to turn the tide. His company's introduced home growing kits and trendy recipes like chicory Tagliatelle. "By now, people are familiar with chicory, ham, and cheese. But it's far more versatile that that." 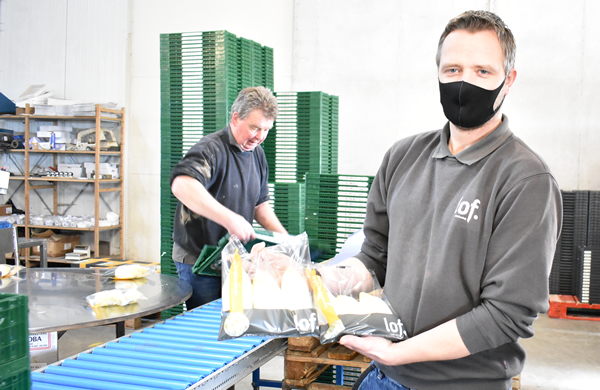 Last year, the chicory market got off lightly from the COVID-19 pandemic. Sales were boosted, and prices were above average. "People had more time to cook at home. And most holidayed in their own country," says salesperson Kristha Heibrink. But this year, the market had a rough start. The €0.20/0.30 price level of a few weeks ago was the lowest point. "The year's first few months are never the best. Everyone has enough own production then. Fortunately, the market's picked up again. Chicory is now selling for more than a euro." 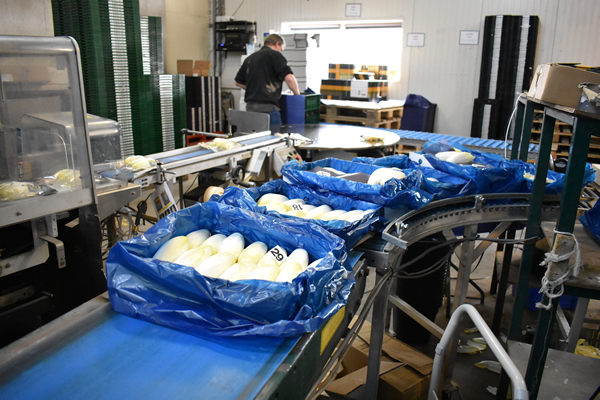 Radicchio sales are down
The corona crisis is, however, affecting Radicchio. "It usually goes mainly to restaurants, which are largely closed. That's a pity because it was becoming better-known before the pandemic hit. Chicory is especially popular in North America and Japan. In the Netherlands, it's a case of 'unknown makes unloved'. There have been many marketing campaigns, like a chicory mix. But, Radicchio's never found its spot on the shelves. After all, it's not something that sells enormously well. So, its shelf space remains limited," continues Kristha. 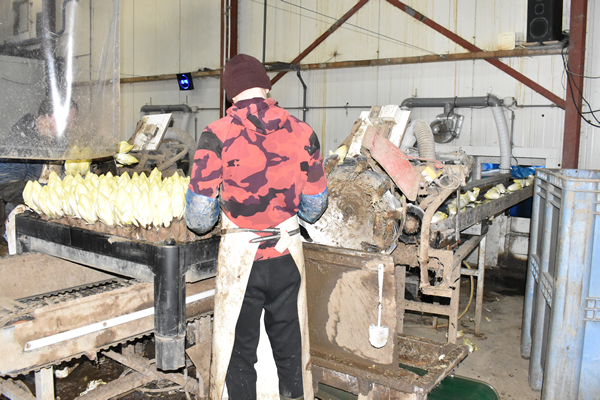 Witlofkwekerij LOF recently added another flow pack line to its packaging line. "Demand for packaged products is increasing. We already supplied almost half of our chicory in flow packs. Now, however, this share's risen to 60-65%", Gerwin adds. This farm sells to Dutch and overseas retailers and wholesalers.

That's done both directly and via exporters. "Demand from particularly local retailers has risen in recent years. We like to spread the number of large customers. We supplement these with smaller customers. That means we have stable sales for all grades throughout the year," Kristha says. 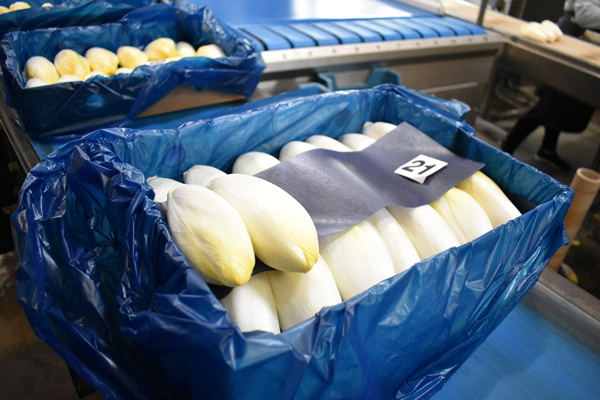 Entering the German market with a German product
LOF supplies the German market from its two farms in that country. "We took over an existing chicory farm in Leipzig six years ago. That worked out so well that we started in Wesel three years ago. For Germans, products must be local. And nowadays, that even goes up to regional, then state level. Thanks to our German companies, we have good access to the German market," Gerwin explains. 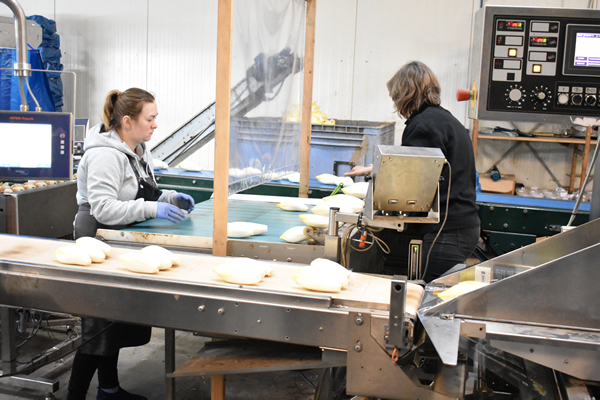 COVID-19 boosted chicory sales in Germany too. But according to Gerwin, there's still a lot of ground to be gained. "Annual German chicory consumption is at 180g. That's far below the Netherlands, Belgium, and France. In eastern Germany, chicory is still reasonably well known. It's, however, hardly eaten in the west of the country. Our German businesses are on the ball. So, we've improved the quality on the shelves, which also benefits consumption." 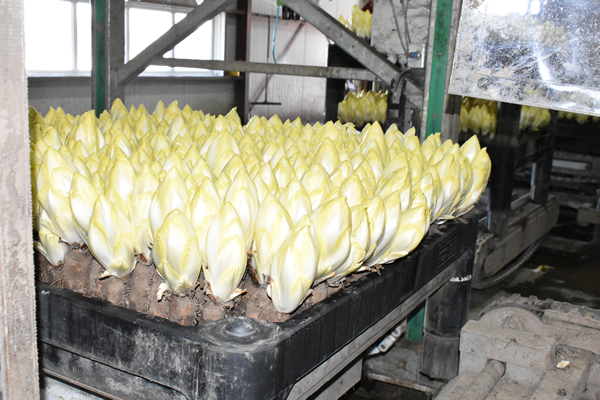 Scale necessary to guarantee quality and continuity
The number of Dutch chicory farms has plummeted in recent years. "I estimate there are about 50 chicory farms left. Thirty years ago, there were 50 in the Noordoostpolder area alone. The growers that remain have expanded. So, the total availability has only decreased slightly.  Retail and trade still want a certain scale to guarantee quality and continuity," says Gerwin.

"Our customers know what they're getting. We can even sort the chicory at the customer-level. That's why it's sometimes surprising that they still use auction prices as a reference. That especially done when there are surpluses on the market. Auction supplies are actually far lower than from all the individual growers together." 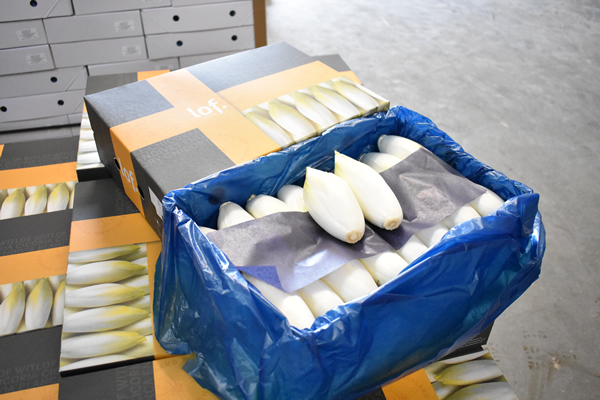 According to Gerwin, in the Netherlands, politics poses the product's most significant future challenge. "The parties that form the coalition will affect that greatly. If even more pesticides are banned, weed control will become problematic. Our chicory cultivation already differs minimally from organic farming. We may still fertilise, though."

"We continue farming in the Netherlands. That's thanks to the good soil and irrigation possibility. In countries like Belgium and France, the weather extremes have an even greater effect. But the availability of good soil is limited. And it doesn't help that good agricultural land is being used for solar parks." 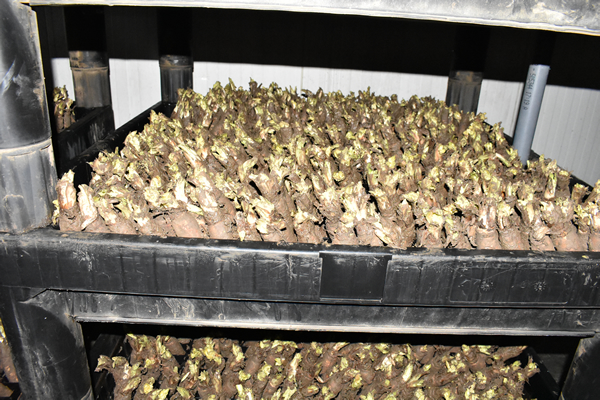 Growing kits
New early, mid, and late-season varieties are continually being developed. Despite this, using the standard types remains the go-to, says the grower. "The desired size is, however, shrinking. You can then use chicory in more dishes." For inspiration, LOF does things like print recipes on their packaging. "That's to promote this product's use."

"The home growing kits are also popular. They consist of nine pens and potting soil. "Our website, www.witlofkweekset.nl/ is ranked high on Google. And demand is extremely high. Many people order these grow kits for their children. That happened a lot during the first lockdown. That's perfect. Because when children grow the chicory themselves, they like it right away," Gerwin concludes.