“On limited sized land there's nothing that can beat pomegranates.” 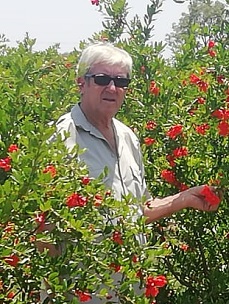 Willie Coetzer of Granada Pomegranates (right) believes in the prospects for pomegranates in South Africa's summer rainfall regions where the harvesting of pomegranates, and specifically that of the 'Wonderful' cultivar, starts approximately a month before the Western Cape.

“Our pomegranates were harvested from late February while in the Western Cape they only started with their Wonderful late March,” Willie says.

“This is an advantage to pomegranate growers in the summer rainfall areas: we'll always be able to be first on the market and during the first month pomegranates get the best prices.”

Granada Pomegranates, located in de Wagensdrift, north of Cullinan in Gauteng, has finished their harvesting season this week, having capitalised on an empty market. They delivered a few thousand 4kg cartons (all large class 8 fruit of export quality) to the Tshwane municipal market. Fruit not suitable for selling on the market, was sold to a fruit processing company. 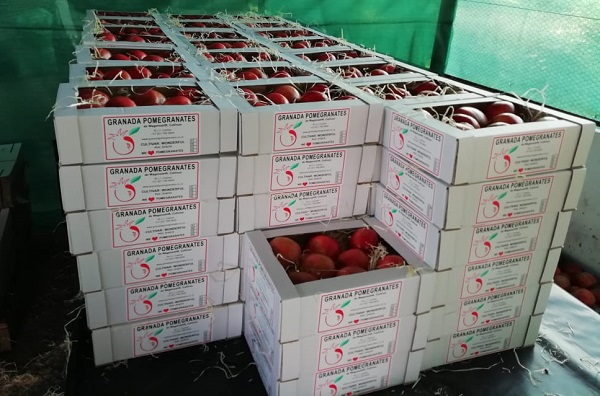 Granada Pomegranates, a member of the Pomegranate Producers' Association of South Africa (POMASA), was established in 2014/2015 with the eye on exports, for which they expect to have sufficient volumes by next year.

Pomegranate nursery
From his pomegranate tree nursery which sells cultivar certified 'Wonderful' trees, Willie is witnessing firsthand the demand for pomegranate saplings from as far away as Colesberg in the Karoo to Douglas in the Northern Cape to the Limpopo region.

“The interest in and planting of pomegranate trees almost double every year. We are a preferred nursery as the trees sold are of exceptional quality, which in the end will bear top quality export fruit,” he says. 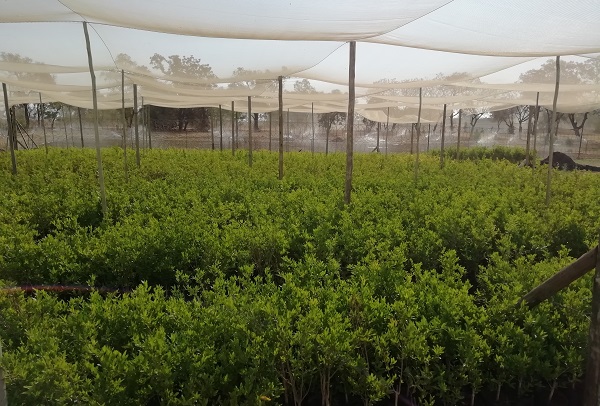 While the early window for summer rainfall growers is one contributing factor to the interest in pomegranates, the decline in other sectors is another.

“I noted something interesting: with the collapse of the game industry, various game farmers from areas like the North West Province are talking to me about establishing pomegranate orchards.” 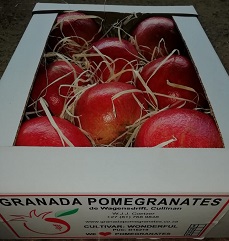 The return per hectare from pomegranates beats most other fruits by far, he states, including pecan nuts.

Moreover pomegranates use much less water than many other crops.

Willie, a geographer by training, worked for close to a decade in the Middle East as project and site manager in the security industry. During this time he started researching pomegranates as a farming prospect.

He visited pomegranate farms all over South Africa, in the Western Cape, the Overberg, Eastern Cape, Free State and Gauteng. He notes the generosity of spirit among the pomegranate growers he encountered, and he does the same with his nursery clients, many of whom have no previous experience of pomegranates. 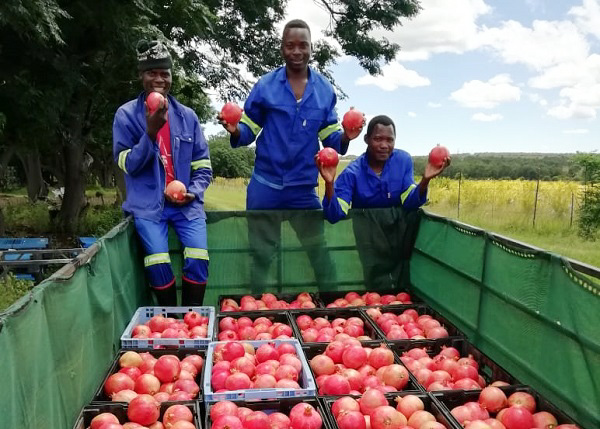 Opportunity to establish pomegranate packhouse in the northern region
There are various new pomegranate orchards being established all over the summer rainfall region, from the Free State to the North West, Gauteng and even Limpopo and KwaZulu-Natal, everywhere where the climate is suitable.

“I am of the opinion that there's a huge opportunity for pomegranate exporters to establish themselves in this area," Willie says, "and to set up a packhouse to pack for export through Durban or perhaps even Maputo.”

He notes that during the pomegranate harvesting season there are citrus packhouses in Groblersdal area and in the Lowveld not in use before the start of the citrus season. These could be utilized as pomegranate packhouses given rising pomegranate volumes for export.

“Then growers in the north could deliver their fruit here instead of driving 1,500 km down to Cape Town. The Middle East and the Far East are major future clients and shipping from Maputo or Durban is a 1,500 sea miles closer to these markets.”