After having a record-breaking 2020, South Essex Fabricating is continuing its upward trajectory, as the Canadian greenhouse manufacturer recently finished its work with Pomas Farms in Leamington, ON. After building the massive 77-acre expansion, Pomas Farms has effectively doubled its area to become the largest greenhouse in North America. The newly expanded facility also includes packaging and employee facilities.

Despite initial delivery setbacks caused by the COVID-19 pandemic, South Essex Fabricating and its collaborating contractors managed to finish the massive build on schedule. This, according to project manager Herman Heide, would not have been possible without the dedication and flexibility of the multiple contracting companies who participated in the construction, such as Ruthven Greenhouse Construction and Honey Electric.

“To say we are proud of this project is an understatement. All parties involved, especially Ruthven Greenhouse Construction and Honey Electric, hit the ground running to ensure the smooth success of this greenhouse build. We appreciate all the hard work of every party involved and how seamlessly the teams were able to come together,” says Herman. 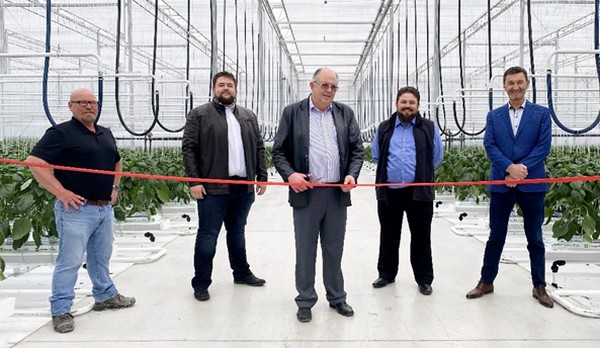 Challenges stemming from the pandemic
The Pomas Farms expansion project was mired with challenges stemming from the pandemic, such as delayed deliveries, scheduling and permitting. Despite the numerous setbacks, South Essex Fabricating and its collaborators adapted to the ever-changing conditions to ensure that the project was completed on time. In a previous interview from December 2020, the company stated that the first crop was expected to be planted in February 2021. As it turns out, the first crops were planted at the end of January 2021, less than seven months after breaking ground.

While the expansion’s size is impressive in itself, the greenhouse facility also reportedly has one of the largest hot water tank in North America, holding up to 13.5 million liters of water. Put into perspective, 13.5 million liters could fill 5.5 Olympic swimming pools. 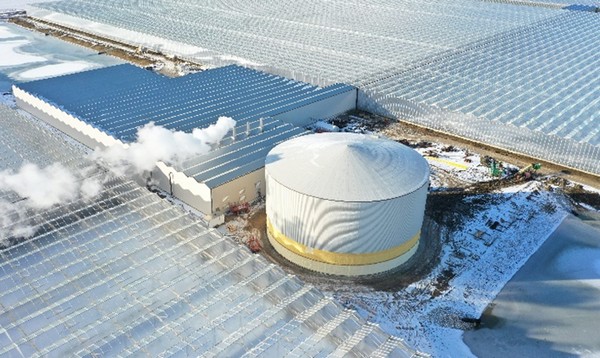 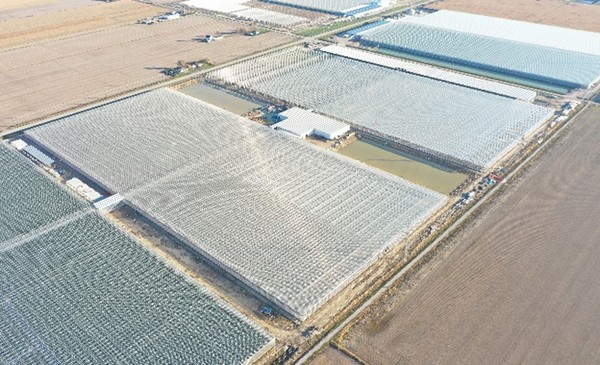 That South Essex Fabricating managed to break ground, build 77 acres of greenhouse and respect pre-pandemic timelines is a noteworthy feat, yet Herman explained that he is hardly surprised by the team’s success at Pomas Farms.

“The success of this project comes at no surprise. Daily, I see how our employees value the work they do. I see their drive to complete each task on schedule, their pride in being their best and their efforts in delivering excellent service,” says Herman.