"By engaging in these projects, it is possible to influence and access new funding outside the current models."

New Zealand's "world-class" agriculture and scientific research are often being underutilised, according to the country's leading agritech organisation.

Speaking at the annual MobileTECH Ag in Rotorua, AgriTech New Zealand highlighted the Industry Transformation Plan that was launched by the Ministry of Business, Innovation and Employment in July 2020. It contains three high-impact projects, and six workstreams, and CEO Brendan O'Connell says it was important for the sector to be the first to develop an ITP because it is a key tool in delivering economic development.

He questioned whether New Zealand was currently getting enough outputs from its investment and resources in research, and compared it to Israel, a country that is on a similar scale of financial input.

"When we look at Israel and do the inevitable comparison very carefully, and look at something like science investment, we have similar levels of investment in the agritech space," he said. "But when you look at exports, we are at NZ$1.4billion in New Zealand, and Israel is at US$10.4billion. That’s many times more, in fact, nearly 10 times the output of how does commercialisation happen from science." 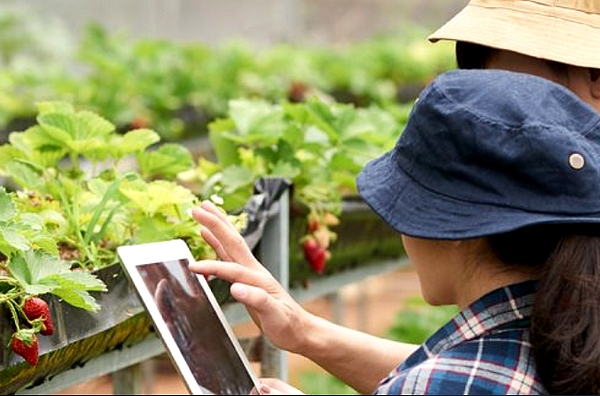 He also noted that the ITP was a long-term approach, while many business plans are focused more on their returns for this year and next year. A key challenge is narrowing the focus from a business owner seeing it as a broad, wide-scoping government policy, which is often seen as a "boiling the ocean", to an opportunity for the business to grow.

One of the high-impact projects that is part of the ITP is Horticulture Robotics Institute, which Mr O'Connell explained, show that there is an opportunity to engage and have an impact where funding goes, and steer new levels of funding into the sector.

"This was a hypothesis that came out of some visits to the United States and seeing some opportunities around asparagus harvesting, and understanding that it was a major opportunity," Mr O'Connell said. "Someone within our group said that we have the makings of that for asparagus farming in NZ, but it wasn't quite possible to pull all of the components together to address the opportunity from the way the current eco-system is setup. So, the hypothesis was let’s set up an academy - you use the word academy and you immediately start thinking of a 'Centre of Excellence'; a building with its own labs and research groups."

Mr O'Connell added that it also required an industry engagement process and while getting the whole industry together to test and pull the ideas apart, it is important to have representation from key research, engineering and grower stakeholder groups, with good competitive tension.

"We are not trying to replicate what already exists in terms of funding models or research models," he said. "It is trying to acknowledge what is falling between the gaps and where would investment fit to really make a difference to be able to address the opportunities that the current setups don't address. By engaging in these projects, it is possible to influence and is possible to access new funding outside the current models. On this particular project, it had seed funding of $11.4million over two years, but is now going forward to Treasury for many multiples of that."

AgriTech NZ is a membership funded organisation promoting opportunities and challenges raised by agritech, as well as connecting groups of innovators, investors, regulators, researchers and the interested public.

Mr O’Connell also admits there are some obstacles and challenges that the ITP is trying to address, including the lack of collaboration, given the ability and the potential that the sector has to make connections globally.

"We know that we have a small market size; that has many advantages, but also many constraints to it," Mr O'Connell said. "The skills, capabilities and investment to innovate around primary systems can have wider appeal - so let's look at what we can achieve. We can definitely make an impact in the world with the type of skills and understandings that we have. I also have a problem when we talk about trying to improve private sector commercialisation and scientific commercialisation as if they are two different things - they are innately the same thing. This is something brought up in the ITP."

MobileTECH Ag is an annual event showcasing the digital technologies transforming the agricultural and horticultural sectors. This year it was held live in person and virtually for those who could not get to Rotorua due to travel restrictions.