An overview of the organic Syracuse Lemon PGI campaign

"This year we exceeded the production quota of 1,500 tons in regard 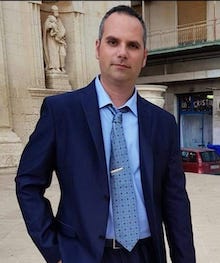 to the Limone di Siracusa IGP (Syracuse lemon PGI). Of this, 80% was supplied to domestic retail, 10% to wholesale markets and 10% was destined for export. Satisfactory results for volumes were achieved, but prices and demand declined slightly compared to last season. Overall, we can say it was a good season, especially considering that we are also one of the first packers of these organic lemons," said Tommaso Caruso, president of the Agricoop Bio cooperative, based in Avola, Sicily.

Agricoop Bio is considered one of the most thriving and best organized companies in the citrus sector. The cooperative has about 200 members, which together account for 400 hectares of organic citrus orchards and about 50 hectares of conventional. The crop is focused on premium citrus, 80% of which are lemons and 20% oranges.

The cooperative grows a special aromatic lemon, typical of some areas in Syracuse, and the lemons bear the Protected Geographical Indication designation. These are the Femminello lemons, also referred to as lemons of Syracuse, which are appreciated by consumers for their high content of acid and essential oils. 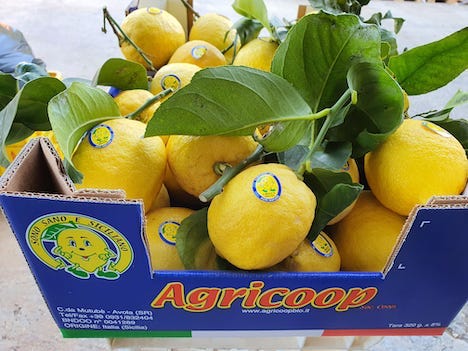 "We are in the final phase of the season for the Primofiore PGI-certified lemon, which started in November, and with lower prices than in 2020. In early May, we will close the season to move on to the Bianchetto lemon, a more delicate variety compared to the Primofiore. Then we will launch the Verdello, which is available until the end of September. We can only hope that the restrictions related to the pandemic will be removed, since the lemon is widely used in the Ho.re.ca. industry, which has been completely idle for more than a year now." 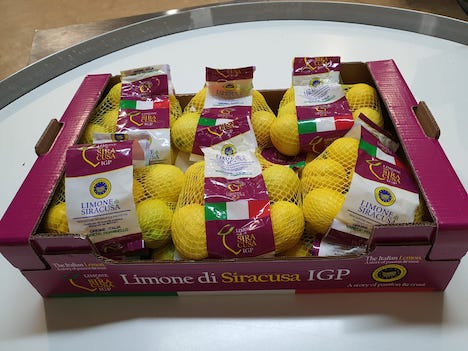 The Femminello variety has three characteristic seasonal flowering periods, with cultivation and ripening phases ranging from October to April (Primofiore), from May to June (Bianchetto) and from June to September (Verdello).

"From the second half of June until the end of September, we will market the Verdello, which is characterized by high juiciness and excellent overall qualities, both aesthetic and organoleptic. Fruits are light green, with a slightly thinner skin than Primofiore that barely adheres to the pulp". 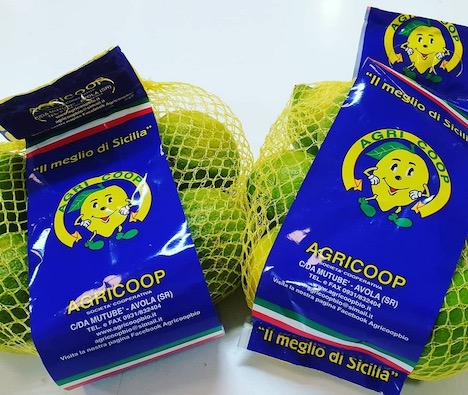 "The citrus market generally suffers from foreign competition, mainly from Spain. Italy has the quality and quantities to meet the demand of the domestic market, but the lowest price is what continues to attract consumers. A targeted campaign explaining how good and healthy a 100% edible lemon is, would help slow down the phenomenon of the widespread arrival of crops whose origin and rules are sometimes unknown."

The lemons are marketed in nets of 500 grams to 1 kg, in 30x40 cardboard packs in double layers, in boxes of 1 and 2 layers and in bar-coded packs.

"One factor that has not been stable in recent years is the climate. Sometimes we have to deal with prolonged rain and drought and this affects the flowering of the lemons. Thus, it may occur that the plants of a later variety are already flowering, while the harvest of the Primofiore is still in progress. At the moment, the market seems to be rebounding from the consumption drop caused by the pandemic and the economic problems associated with it." 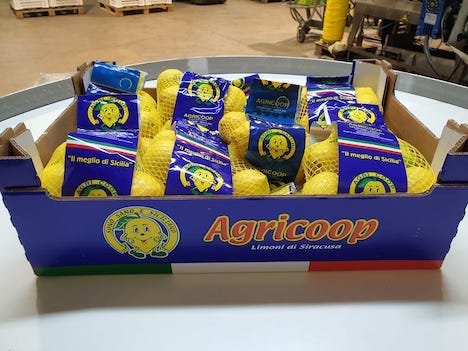 "We are working on a project to strengthen exports, which are currently mainly for Germany and France. Strengthening communication about the exceptional quality of our lemons is a priority in which we are eager to invest," concluded Caruso.