Ever Given still stuck in Suez Canal

The Suez Canal has been closed for transit since 23 March due to a blockage by the container ship MV Ever Given. All major container carriers have been impacted by this incident, which has temporarily disabled one of the most important arteries in global trade. There are currently no clear indications as to when the ship will be dug free.

The owner and insurers of one of the world’s largest container ships stuck in the Suez Canal face claims totalling millions of dollars. This will remain the case even if the ship is refloated quickly, industry sources have stated.

The 400-metre, 224,000-tonne Ever Given ran aground after losing the ability to steer amid high winds and a dust storm. It is threatening to disrupt global shipments for days, perhaps weeks. 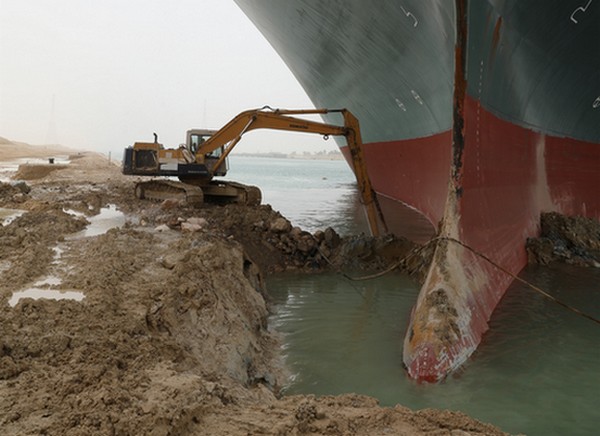 The ship’s owner, Japanese firm Shoei Kisen KK, and its insurers could face claims from the SCA for loss of revenue and from other ships whose passage has been disrupted.

According to an article on reuters.com, the cost of the salvage operation is also borne by the hull and machinery insurer. In addition, owners of the cargo on board the ship and on other ships stuck in the Canal will likely claim from the ship’s liability insurer for losses to perishable goods or missed delivery deadlines, the sources said. 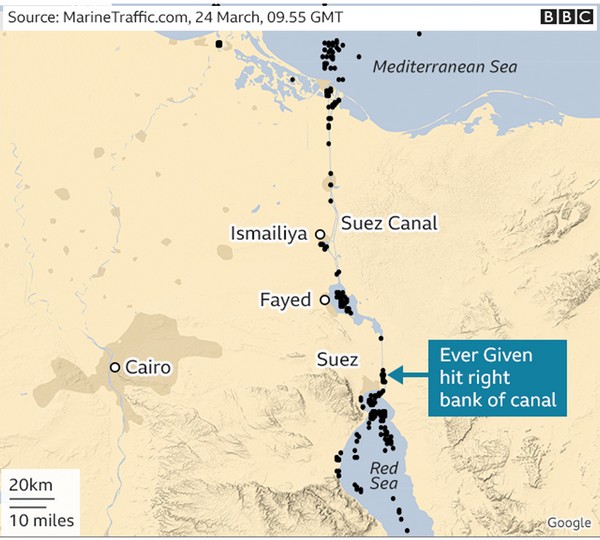 At least 30 ships were blocked to the north of the Ever Given, and three to the south, local sources said. Several dozen ships could also be seen grouped around the northern and southern entrances to the canal.

Owner of cargo ship apologises
"In co-operation with local authorities and Bernhard Schulte Shipmanagement, a vessel management company, we are trying to refloat [the Ever Given], but we are facing extreme difficulty," the owner, Shoei Kisen Kaisha, said in a statement on Thursday. "We sincerely apologise for causing a great deal of worry to ships in the Suez Canal and those planning to go through the canal," it added.

Shipping lines react
International Shipping line Maerk stated: There are currently no clear prospects as to when container ship Ever Given, grounded in the Suez Canal, will be dug free, and this news now has Maersk considering alternative routes.

At the moment, Maersk has nine container ships and two partner ships waiting in the area, awaiting the reopening of the passage. Air solutions could come into play for time sensitive cargoes, says Maersk.

“We closely follow the refloating operations and are currently looking at all alternatives possible, including air solutions for critical and time-sensitive cargo and/or the passage round the Cape of Good Hope at the southern tip of Africa,” Maersk wrote. 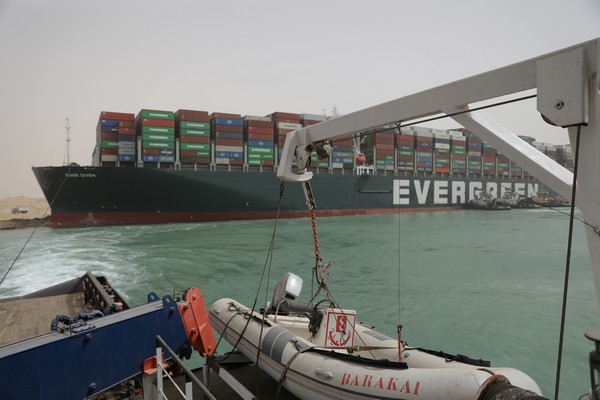 Maersk’s announcement comes after salvage company Boskalis, which is engaged in the operation to refloat the stranded container ship, said that the operation could take weeks.

In an article on www.maritimegateway.com , it is said that Maersk is now looking at alternative routes and contemplates air solutions for particularly time-sensitive cargoes. Meanwhile, a salvage company tells Dutch media that the operation may take weeks.

How much does each day of delay cost?
The International Chamber of Shipping estimates that $3bn worth of cargo passes through the waterway every day. A Thursday morning headline in industry publication Splash, two days after the ship became lodged, read “$6 Billion and Counting.”