On Tuesday March 23rd, a large gust of wind blew the containership Ever Given off course and the ship ran aground in the Suez Canal. The ship, which is still stuck, has blocked the canal and caused huge traffic jams of vessels at either end of the international trade route. Officials say that it could take days or even weeks to refloat the vessel. Among the many products that are being affected by this are Ecuadorian bananas. “While the Middle East isn’t the largest market for Ecuador’s bananas, it’s certainly an important one that has been growing in the past years,” says Hugo Castro of GinaFruit. 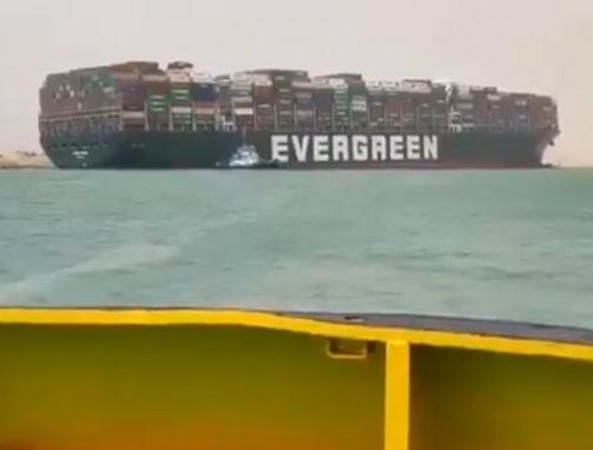 Possibility of overflowing surrounding markets
This situation, which is causing many delays for the bananas on the water in that region, is adding fuel to an existing fire, says Castro. “There have already been some challenges with exporting bananas to the Middle East,” he shares. “Jordan put a quota on their import permits, which basically restricted the importation of bananas, and Iran have also put certain restrictions in place, so overall the market in the Middle East has seen a lot of instability in recent months for the bananas.”

The bananas on the water by the Suez Canal can’t move forward, but they also can’t come back because of the concern for the bananas’ shelf-life, Castro explains. “So, the best decision for many of these ships is to redirect to neighboring countries and sell the products there. The problem is that these markets won’t be expecting these banana shipments and the markets will likely be overloaded with bananas in a sort of dumping situation, which could cause these markets to completely collapse,” he says.

Concerns over increased container shortages
In addition to the concern for what will happen to the bananas that are on the water by the Suez Canal, is what will happen with all the containers that are currently being delayed. “Here in Ecuador, we have already been having issues with container availability, and with these added delays we will likely see the problem worsen in the coming weeks. This means that this issue won’t only impact the exporters who ship to the Middle East, but also all other exporters who ship their products anywhere. The effects could reach everyone, unfortunately,” Castro says.

“All we can do is hope that the problem will be resolved soon. I think if they are able to resolve it sometime in the coming week, the situation will be manageable. But if it takes any longer than that, it will become really complicated,” Castro concludes.