In the second instalment of their webinar on the 2019 Suspension Agreement on Fresh Tomatoes from Mexico, the US Department of Commerce and the International Trade Administration, provided an overview of how the agreement is put into action by discussing inspections, the role of PACA, sales to Canada as well as tips for adhering to the agreement. 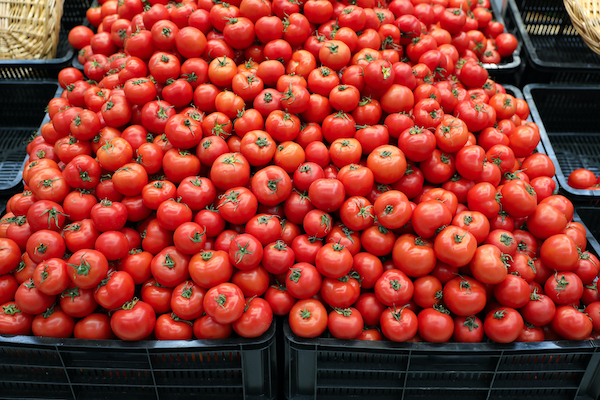 Inspections
There are two main types of inspections for the tomatoes: near-the-border inspections and destination inspections. Not all tomatoes have to undergo near-the-border inspections, says David Cordell, Senior Import Policy Analyst. The tomatoes subject to inspection are all round and Roma tomatoes (including stem on tomatoes) and grape tomatoes in bulk. Tomatoes on the vine, specialty tomatoes and grape tomatoes in retail packages of 2 lbs or less are exempt from inspections. “The importer must request the inspection and pay the USDA fees,” Cordell says. “It’s also important to point out that if the tomatoes are a medley, such as for example a mix between Romas and specialty tomatoes, then an inspection is still necessary.” Another important note made by Cordell was that all signatories and selling agents must maintain all their documentation, to be made available to Commerce upon request.

For tomatoes that are found to have defects during their near-the-border inspection, signatories have three options: They can recondition and re-inspect the lot, destroy the lot, or return the lot to Mexico. Whichever option the signatory chooses to follow, any expenses incurred will be their own responsibility.

There is one important note to these options, however, says Montoya. “If the lot contains more than 35% quality and condition defects and the lot is rejected in full by the receiver, then the lot may not be sold, donated, or destroyed in the US,” he says. 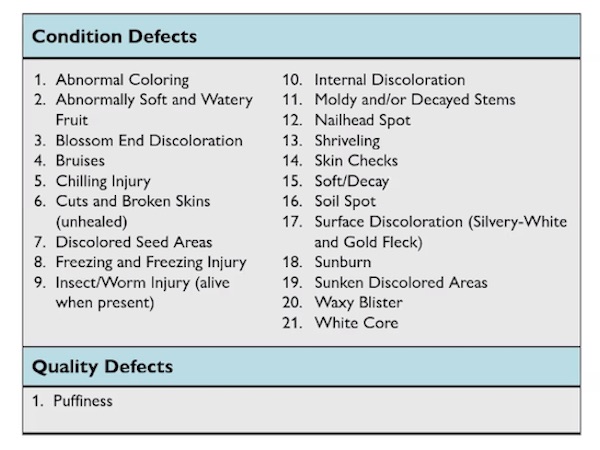 Condition and quality defects that will be looked for during the inspection.

Tomato Suspension Agreement and PACA
If the 2019 Suspension Agreement is violated, this may also mean that the Perishable Agricultural Commodities Act (PACA) is violated as well. “A violation of the 2019 Agreement may also constitute an unfair trade practice,” says Cordell. “In this case, the Department of Commerce, a Signatory or any other interested party may file with the Secretary of Agriculture a written notification of any alleged violations of the PACA. It’s important to note, however, that the PACA division at USDA can only investigate 2019 Agreement violations if that are also violations under the PACA stature,” he explains.

Selling tomatoes to Canada
For sellers whose tomatoes are destined for the Canadian market, there is an important rule to follow as well. “The Selling Agent must notify its Canadian customers that any resale of signatory merchandise from Canada into the United States must be in accordance with the terms of the 2019 Agreement. Additionally, any movement or handling expenses beyond the port of export from Mexico must be added to the reference price,” Montoya shares.

Top tips to remain in compliance
To finish up the webinar, Cordell provided the audience with some tips to ensure that the 2019 Agreement isn’t violated. “You should always avoid the following: selling below the reference price on a sale to the first unaffiliated US buyer; not knowing whether your selling agent is selling below the reference price when a sale is on consignment; understating the quantity of tomatoes; discounting freight to offset the price of the tomatoes or discounting other products such as peppers or cucumbers to offset the price of the tomatoes; paying a fee to a buyer for a service that wasn’t provided or which isn’t standard practice to offset the price paid for the tomatoes; reselling tomatoes that were rejected and should be returned or destroyed; and finally, not asking for and keeping USDA certification of destruction of rejected/culled tomatoes,” he concludes.