The first yellow onions from New Zealand arrived at Van der Lans International in the Netherlands last week. "We're deliberately starting somewhat later this year. That's due to the greater availability of European onions. We also have to deal with the local-for-local trend. That's been building for years, especially in Germany. As a result, the New Zealand onions' window keeps shrinking," says Derk van Stokkum. 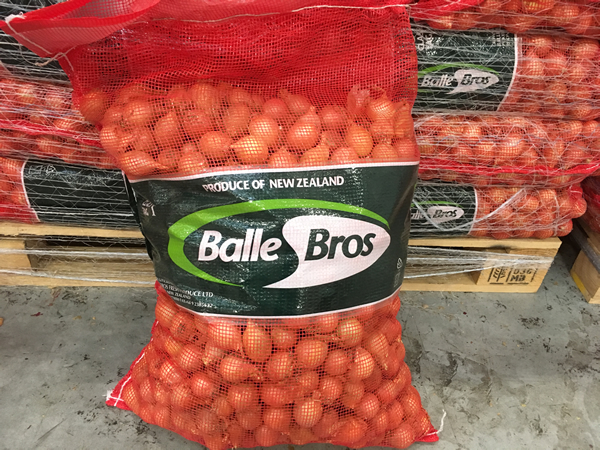 "But these onions' cultivation went well. The harvest should be normal, with enough good-quality large sizes." Van der Lans doesn't only import from New Zealand. They get South African onions too. And they're expecting the first white onions from Australia next week. "White onions are specifically a hospitality industry product."

"So, we've had to put the brakes on a bit. We're allowing only the predefined programs to come in. And a few for free sales. At the beginning of April, the first Tasmanian and Chilean onions also arrive. And from May/June, we complete the import package with red onions from Egypt," says Derk. 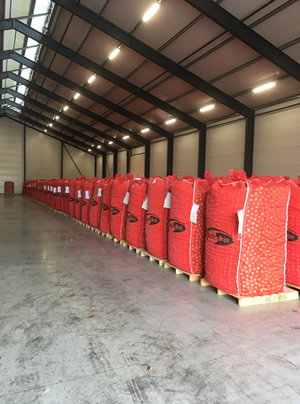 "Most of the first 25kg onions will go to wholesale markets. The first German retailers will begin with imported onions from mid-April," explains Van Stokkum.

"In Spain, we're already starting to supply retailers with New Zealand and South African onions earlier. Spain, in particular, is becoming increasingly important for the early shipments from New Zealand."

"New Zealand's export figures have risen sharply. Up to week 10, that country exported 8,844 tons of onions. In 2020, it was 5,009 tons. Global container shortages mean delays are commonplace. So, most exporters have been pushing for early shipments. Then, at least, the onions will get to the European market in time. Every season is different. But we're optimistic and will strive to achieve the best result again," concludes Derk.