"Since eight o'clock this morning, our organic avocados have saved 73,771 liters of water." That was the message on a 3 x 5 meter ticker board on the morning of Tuesday 16 March at ten o'clock at a guerrilla action at the Binnenhof.

Volkert Engelsman, director of the organic trading company Eosta, handed out organic avocados to, among others, Deputy Prime Minister Kajsa Ollongren and SGP leader Kees van der Staaij to emphasise the message. Eosta has calculated the impact on water, climate and soil of various organic products. "We make the figures public so that politicians and consumers can make a conscious choice. Choose organic - it's logical," says Engelsman. 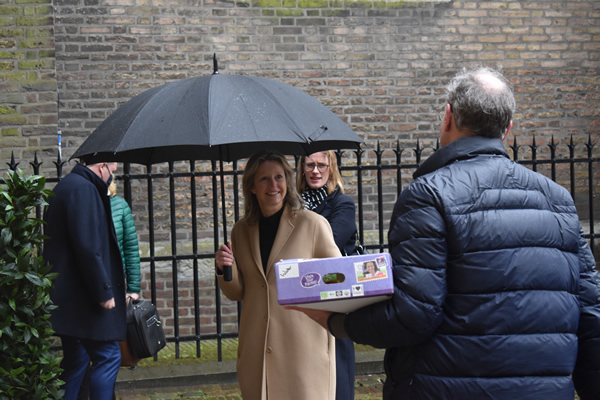 Eosta recently had the impact on soil, water and climate (CO2) calculated for all the products it sells. As of today, the numbers on the websites www.eosta.com and www.natureandmore.com will be shared in live tickers, increasing per second. The figures show that the organic method for the production of fruit and vegetables offers clear sustainable advantages over conventional production. 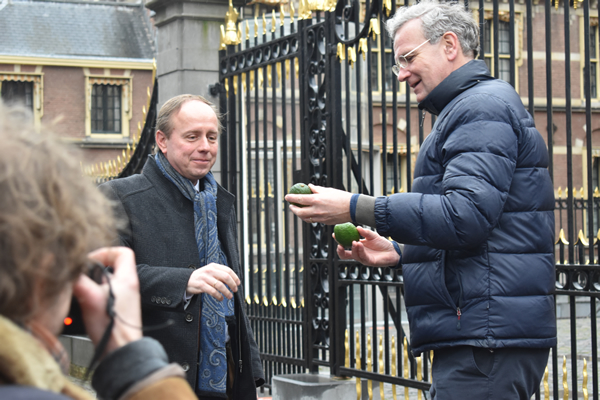 Impact of avocados
It is known that the explosive increase in avocado consumption causes water scarcity in its countries of origin. But opting for organic avocados saves 88 litres of water per kilo of avocados compared to conventional avocados. Organic soils contain more organic carbon and therefore act like a sponge, resulting in water savings of up to 40%. In addition, most of Eosta's avocados come from growers in Kenya, who mainly use rainwater. That is much more sustainable than irrigation with surface water. 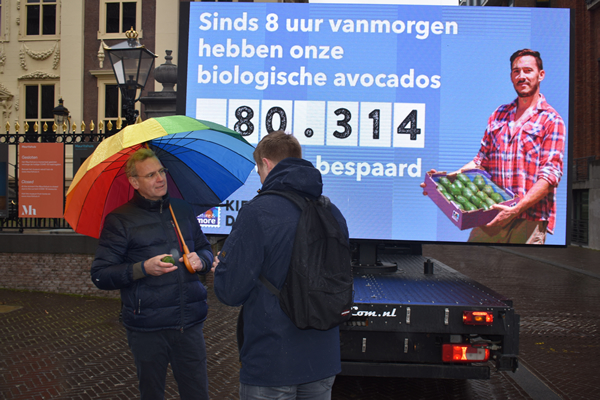 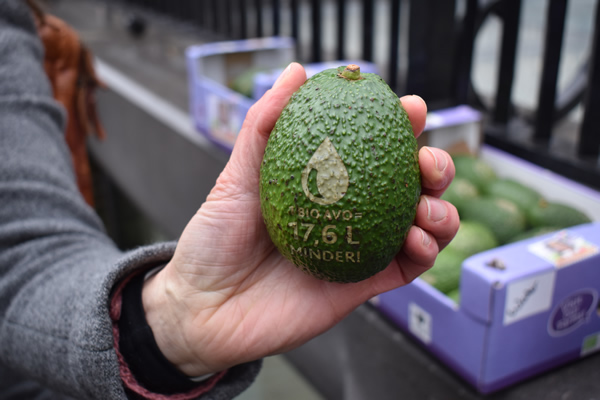 More transparency in the shop
Volkert Engelsman, CEO of Eosta, invites retail chains to use the figures to radically increase food transparency. "We are happy to make counters for specific buyers, products and growers. Food retailers sometimes seem afraid of transparency. In this case, there is no reason to do so. I challenge supermarkets to show consumers what a choice for organic means for water, the soil and the climate. " 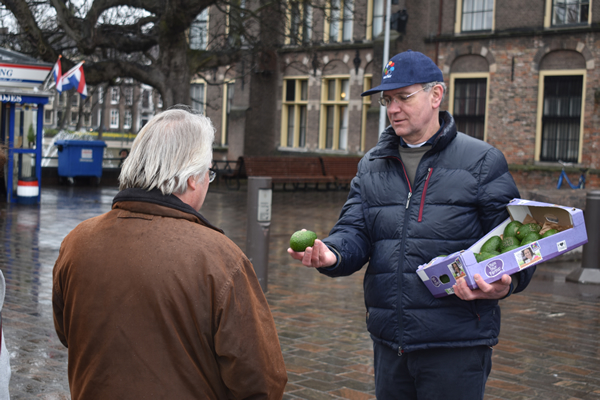 Why organic performs better
The difference is caused by the care of organic growers for the soil and responding to life processes instead of chemistry. Organic soils contain more organic carbon and have a better structure, acting like a sponge that retains water. There are also benefits for biodiversity, less pollution, better carbon fixation in the soil, less erosion and leaching, and so on. Since 1 January 2020, Eosta has saved about 40 million kg of earth, almost 5000 tons of CO2e and 800 million litres of water compared to the conventional alternative. The counter is ticking up.