The logistics challenges that have been caused by multiple pandemic-related factors have been getting increasingly worse, says Donna Feltrup, Export Manager at L&M Companies. L&M started exporting their apples in September this season to markets across the world such as Southeast Asia, India, the Middle East, Central and South America, Mexico and Canada. The overall demand this season has been slower than usual, Feltrup says. “It varies per country, but it’s slower than we’d like it to be in some countries. There are two factors contributing to this: the prices are higher and the pandemic is slowing down consumer spending.” 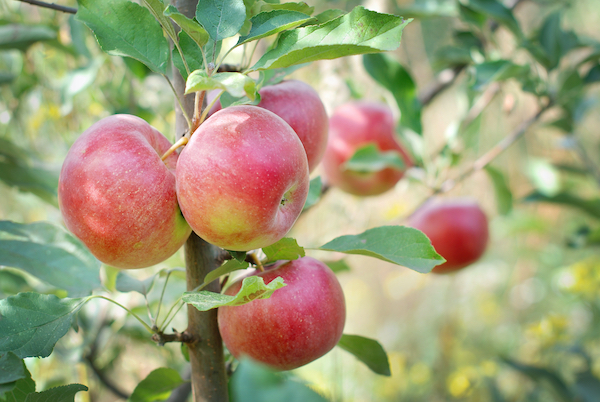 Logistical issues
In addition to the lower demand, this season exporters are facing another challenge: shipping delays and unpredictability. “We were seeing equipment shortages as early as the start of our season in September. At the time, that seemed odd. In general, some shortages during the holidays aren’t out of the usual, but at the start of the season that isn’t something you expect. Ever since then, it’s only gotten worse,” Feltrup explains.

While there were challenges during the first half of the season, the situation has gotten much worse since the start of the new year. “We ship fairly heavily for Chinese New Year, which meant that we had to start getting shipments out by the end of December. That was when the situation got really bad,” says Feltrup.

While there are multiple factors contributing to the issues, the pandemic is the underlying cause of it all. “There are more imports coming in with people ordering a lot more items from home. A lot of product is coming in from China and most of it is dry goods. In the past, dry goods would often be loaded into reefer containers to reposition them for export when they are here in the US, but reefer containers have less room than dry containers do. So, with imports being up, they are looking to ship as much product as they can and are using more dry containers so there just aren’t as many reefer containers being used right now,” Feltrup explains, adding: “Then also, in Los Angeles they are experiencing a lot of labor shortages because of Covid-related illness, and this has slowed down the processing. Most shipments coming to the Pacific Northwest have to go through Southern California first, and there are a lot of delays because of the situation down there.”

Effects on the market
Due to the back-ups in ports and the equipment shortages, there have been a lot of uncertainties for exporters and their customers. “It’s a constant guessing game and we can’t provide our customers with ETAs on their shipments anymore. All we can do is say we’ll try to get their product into the next available container, but we can’t know when we’ll be able to do that, or how long the total journey will take because there are delays on the journey itself too,” says Feltrup.

All of these factors have had an effect on the market. “Some of our markets, in South America specifically, have stopped shipments temporarily. For some customers, due to the uncertainties and delays, sometimes they’ll miss a shipment and then the next week they’ll get a double shipment. So, they’ll go from not having enough fruit to having too much fruit, which is very challenging of course.”

Fortunately, apples are a hardy fruit and are able to withstand the unpredictable journey to their destination. Feltrup shares: “There is a little bit of increased concern over fruit condition because of the delayed shipments – we are seeing a few more reports of decay than we would under normal conditions. But in general apples are pretty hardy, so we have a little more confidence shipping our apples than we would have for other, more fragile produce.”

While these issues are causing major challenges for both exporters and customers, unfortunately there isn’t much to be done about it. “There is no other choice but to deal with the situation. We aren’t the only ones facing these issues, exporters from all over the globe are seeing this too so the customers don’t have much of a choice either; there’s nothing we can do about it,” Feltrup concludes.